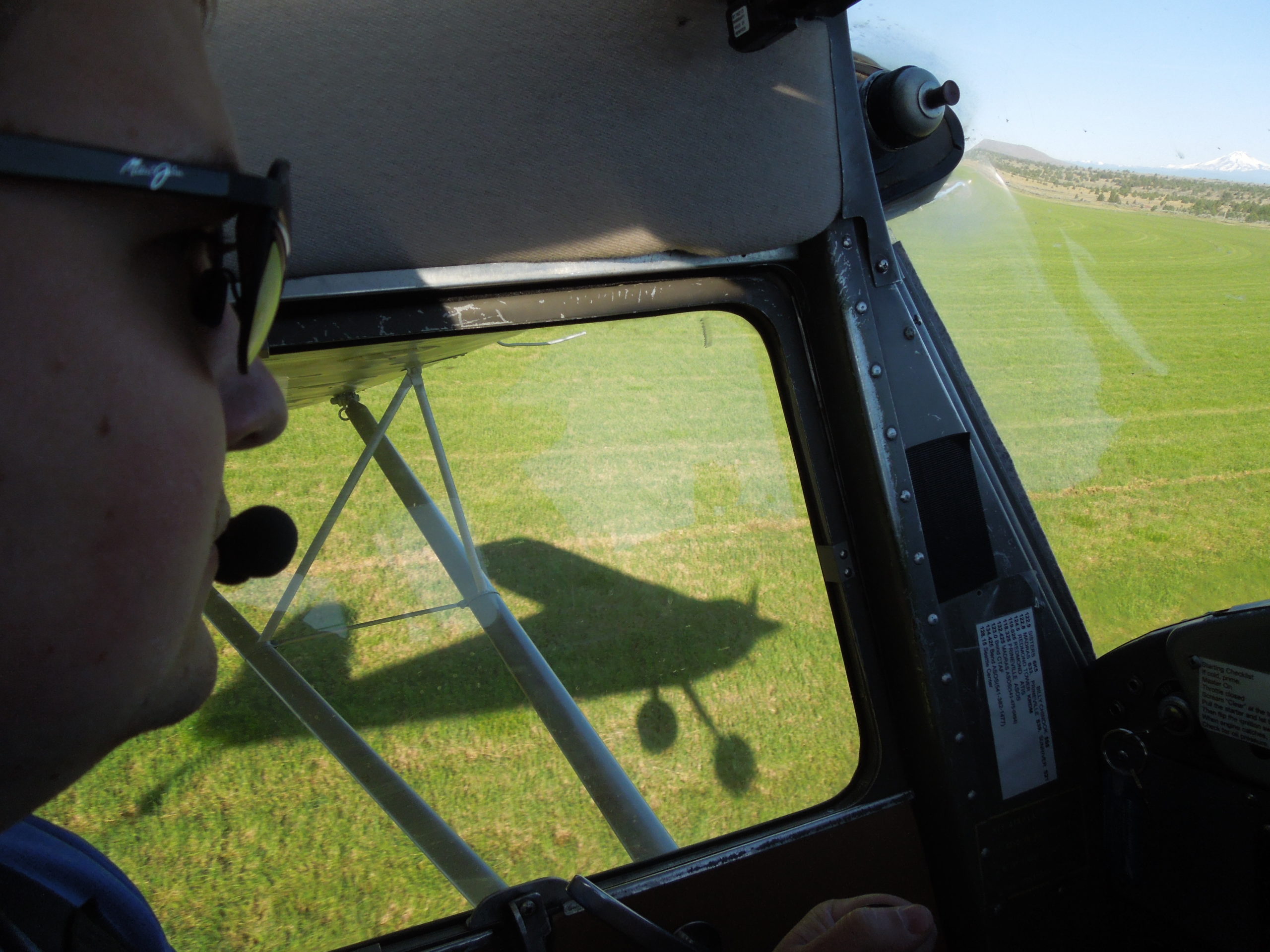 They say that “Even a blind squirrel occasionally gets a nut”.  I found one after I became a flight instructor.  When I was a student pilot, I was familiarized with the classic Private Pilot exercise, the “Turn about a Point”.  A couple of things about this maneuver were pretty frustrating.  One, was the actual circle:  How did I know that I was actually flying a true circle if I could only identify a few points around it?  Also, most student pilots, who are familiarized with the maneuver, are told where the wingtip should be if there is any wind.  That causes them to be sorely tempted to “cheat” with rudder in order to put the wingtip where it should be.  So their coordination goes to hell in a handbasket as they slip and skid to position that wingtip.  I found myself wishing that someone could simply paint a big circle that I could follow. 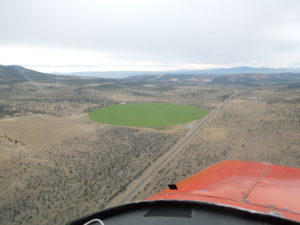 Our destination is in site and we are beginning our approach.  The irrigation pivot is pretty easy to spot because of its greenness.  The wheel tracks which will designate our circle will be more and more apparent as we drop into the field.

Years ago, my wish came true.  I was flying with a primary student and I spotted a big irrigation pivot that had been freshly mowed.  The wheel tracks were very visible and served as the actual circle.  I discovered that if I brought the aircraft down to about five AGL, I could very 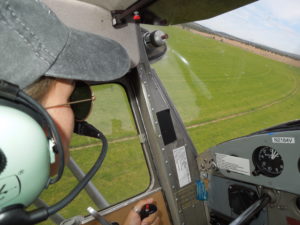 As Lana descends into the pivot, she gets a good look at the wheel tracks, which will determine her exact circular course.  Try that from 1,000 feet with few references!

accurately fly that circle.  By changing the bank angle, I could keep the airplane right over one of the wind rows, precisely half way between the outer wheel track and the next one in.  Coordination could be easily determined by upper body position.  Yup, “even a blind squirrel occasionally gets a nut”, and this was my nut.

Not only does the Irrigation Pivot help to develop the pilot’s sense of coordination (they don’t dare look at the “ball” for help, besides, it is covered with tape anyway), but it also causes them to no longer be fearful of “proximity flying”.  We fly the pivot at an altitude of five feet or so. 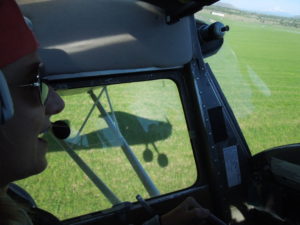 Brittany Reinbolt’s shadow chases her.  She’s now at 5 AGL over the irrigation pivot.  By feeling her upper body, she can detect her coordination.  There is no need to see where her wingtip is… as long as it’s not dragging in the grass!

The irrigation pivot is a grandly useful maneuver, because not only does it combine all the elements of the Turn About a Point, but it also adds the element of danger, excitement and consequence that comes with proximity flying.  That is why it is this squirrel’s nut.

(The irrigation pivot can be flown legally according to 91.119.  Just make sure you know that reg and conform to its requirements.)