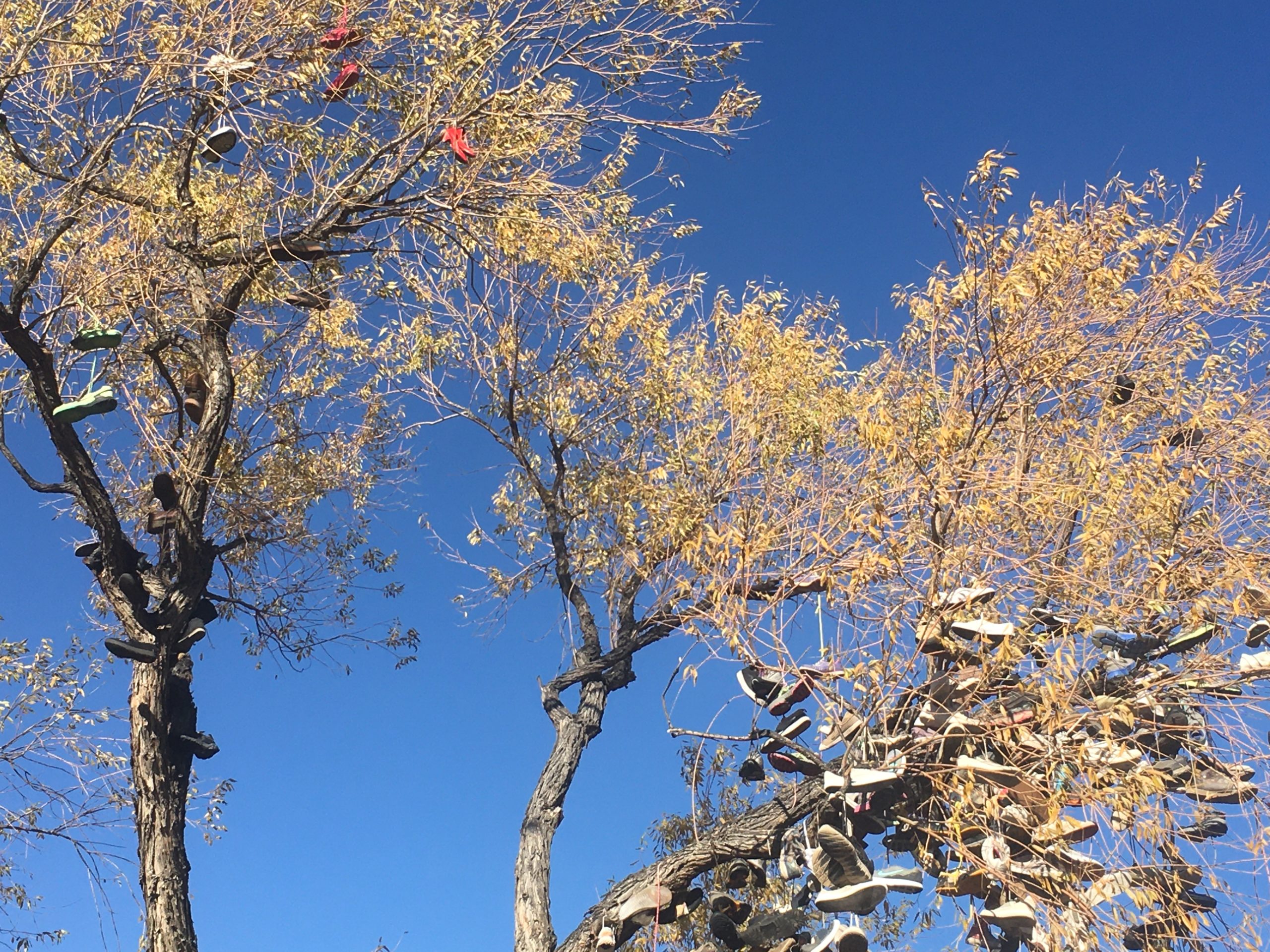 I guess I’ve spent a lot of time over the years either driving or flying along Hwy 20 as it passes alongside the Malhuer River in Oregon.  I’d had an adventure a few years back when the exhaust on my 100 HP Cub decided to come apart while I was on my way to an Airshow in Ontario.  That adventure is described in “Incident at Drewsy”.  It was a few years later and a few miles away from where that incident occurred that I happened to see a couple of “shoe trees” alongside the road.  I’d seen such trees all over the country from time to time, but it was this this particular citing that made me curious.  Where did the custom of festooning a tree with shoes come from?

I’s occurred to me that some of my readers might know, so I’ll welcome any comments about where this custom originated.  But there is something kind of intriguing and kind of artistic about shoes dangling from the branches of a tree.  I happened to notice that among the shoes hanging from this tree were a pair of bright red pumps so either a young lady was in on the tradition or a bishop from the local Catholic congregation was involved.  Hmm, come to think of it, he has rather petite feet!