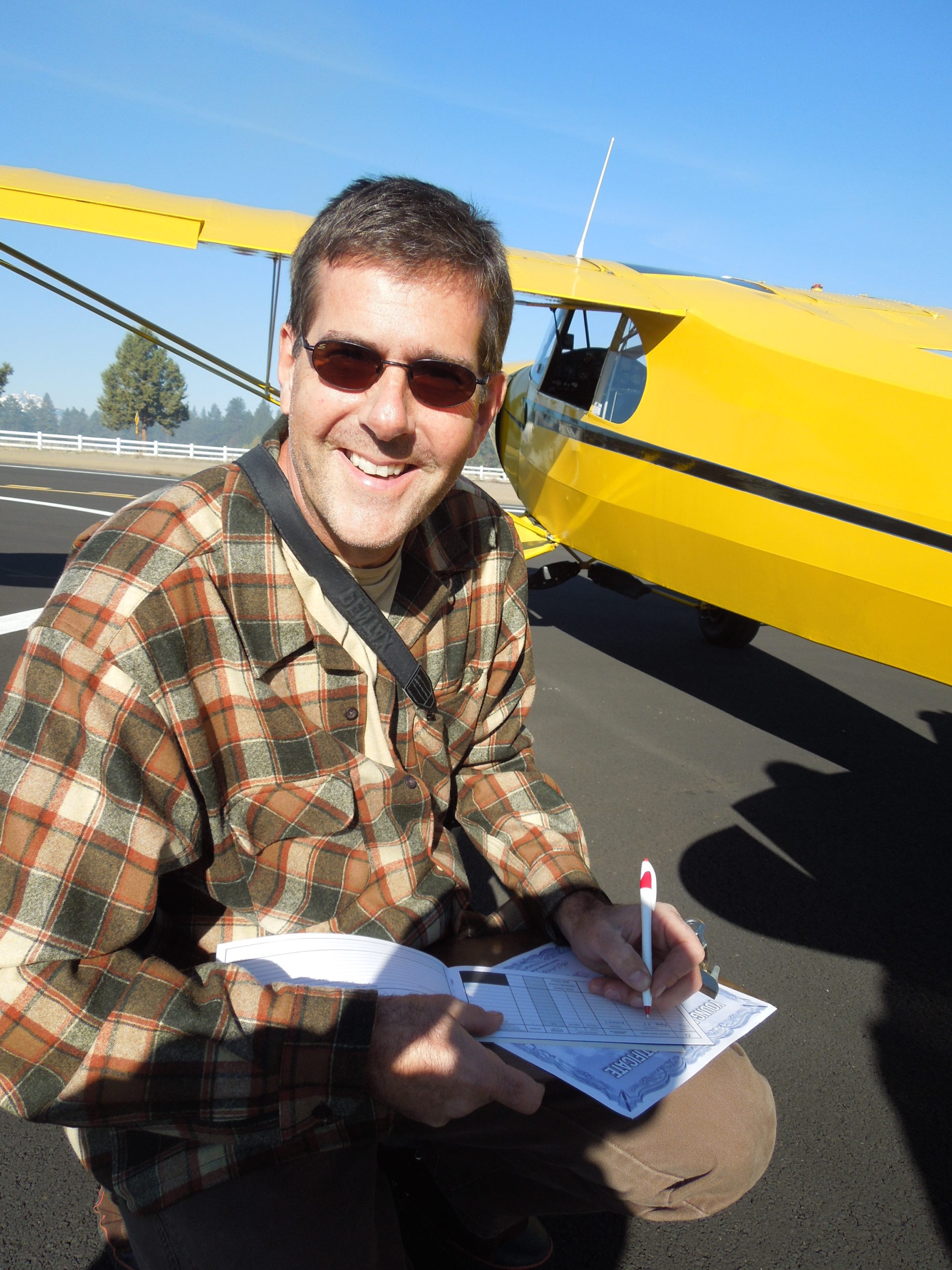 I’m not one of those guys who feels he “owes” something to aviation.  I believe more in helping the human race. But those who do feel that way, usually try to pay back the debt by doing something for aviation.  It often takes the form of helping out kids, usually in the form of the Young Eagles Program.

Those who have listened to my audio book “Nuts from a Blind Squirrel”, know how I feel about “the airport kid”.  It’s one of the most beloved artifacts of the flying game.  The airport kid is fascinated by flight and rides his bike to the airport in order to stare at the planes. Maybe he earns some precious flight time by washing some of those planes or performing grunt work for some grumpy flying codger with a soft spot in his black heart.  My friend, Bill Warren, was an airport kid.  The memories of his airport kidhood were so strong that he worked with me to make a movie based on the concept.  He and I labored over a short subject called, “The Magic Sky”.  We never finished it and have little to show for it.  But I’ve never forgotten Bill’s airport kid and maybe that’s why I look at the ongoing process of fencing airports with such dismay.  Civic leaders probably think that their airports are of greater value if they have to protect them with fences.  Those terrorists they fence against are laughing up the sleeves of their caftans as thousands of airport kids have their dreams crushed by the chain link and barbed wire.

But in the meantime, the EAA’s Young Eagles program gives hundreds of pilots the chance to “give back” and introduce thousands of youngsters to aviation.  It’s a nice idea.  I think it’s been perverted by those pilots who crank out hundreds of such flights and point with pride at the number of kids they’ve flown.  Like a gunfighter pointing at the notches on his pistol grip, they take pride in having flown all those kids.  But is it about numbers? How many of the kids they flew have ever flown again?  I like to think that what it’s really about is enabling.  And enabling can be done without a huge program like Young Eagles.  It can be done by a single pilot simply making his aircraft, his skill and knowledge available to any kid who takes the trouble to ride that bike to the airport and make his dreams known.

A group of people in Sisters, Oregon have recognized the trouble with which an airport kid might pursue that elusive dream.  They’ve created a “science of flight” class in their own high school.  Kids can take the class and take that step toward a career in aviation.  The class will prepare them to take the written.  Guest speakers will share their own experiences as they entered the world of aviation.  The kids can take advantage of the Young Eagles Program and qualify to take Sporty’s on-line course.  Hooray for Sporty’s for making this course available to these kids.  I hope those kids become aviators and buy thousands of dollars worth of stuff from Sporty’s!

Many people complete their life cycle and never once do a thing to improve the world for those who will follow.  I’m not sure I have done as much as I could.  But I think it’s something we should all pursue.

Darren Pleasance certainly feels like doing something to improve the life of others.  He made it possible for teacher Jon Renner to take four of those science of flight students to the Paramount Pictures studio to participate in honors for legendary aviator, Bob Hoover.  The kids had a chance to meet Hoover, airshow star Sean Tucker, astronaut Gene Cernan and many other aviation greats.  Gee, I wish I was an airport kid!

It’s not about “giving back”.  It’s about “helping out”. And it doesn’t have to be aviation.  There are tons of opportunities to give a kid a leg up in any of thousands of pursuits.

Nah, I feel absolutely no need to “give back” to aviation.  I do, however, feel a need to give a hand to any kid with a dream.  It just so happens that I am an aviator, so I can help a kid who dreams of flying.  If I were a doctor, I’d feel the same way toward a kid with a dream of learning medicine.  And I’d probably be  better able to afford it!