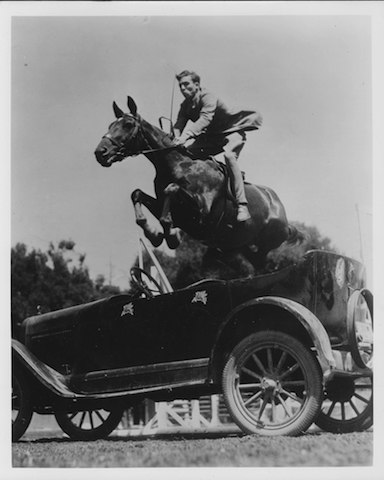 I’ve said it before: “Most general aviation pilots cannot fly their way out of a wet paper bag.” And whose fault is that?  The answer is a bit complicated, but to boil it down to its simplest form, I believe it is the fault of modern flight instruction.  In World War 2, there were lots of young men eager to become fighter pilots.  A huge

percentage of them washed out of flight training (The fact that women were stupidly prohibited from such training, except for notable exceptions, is a subject for another rant). Nowadays, virtually no one washes out of civilian pilot training.  Not too many years ago, spin training was required.  Now, except for flight instructors, it is not.  Steep turns used to be sixty degrees… now they are 45 degrees.  Now, minimum controllable airspeed is defined as a speed at which the stall warner cannot be heard.  What nonsense!  I teach Vmc as a valid technique to slow down when some dog fart is in front of you in the pattern.  If we stupidly follow him, we will be unable to glide to a safe landing in the event of engine failure.  So of course we are going to slow down.  The old FAA definition of Minimum Controllable Airspeed used to be “flight at an angle of attach which is so high that any increase in angle of attack or load factor will result in a stall”.  I guess they splurched a whole lot of “whiteout” on that definition.  Most of our students are skookum enough to avoid stalling (or, Gawd forbid, spinning out of that stall) at pattern altitude which, for our students, is significantly lower than that of Acme’s).  Flight instruction is being dumbed down, we are teaching to the lowest common denominator and students are being ripped off right and left with substandard instruction.  And don’t get me wrong:  Substandard instruction can come from a high time “veteran” or a wet-behind-the-ears newbie.  Time is not the important factor for a flight instructor… knowledge of the subject and desire to teach is.

A lot of flying whuffos[1] strongly object to the intentional dead stick landing that I teach to selected students.  Evidently they would prefer to eliminate any process of improving pilot skills if it means that even the slightest risk is taken.  They fail to realize that there is a far greater risk in maintaining a low level of competence.  I no longer try to convince them of the value of this kind of instruction.  It’s a hopeless cause. I’ll just let them wallow in their ignorance and enjoy their Kool-Aid.

I see that the EAA is now offering a prize to whoever can come up with a handy device which will cause a dramatic decline in the number of “Loss of Control” fatalities.  At first blush it would seem that pilot training is being totally ignored in our zeal to reduce accidents.  And this is after we’ve reduced the above requirements, and if I didn’t know better, I’d say that we are replacing the training of good pilots for the developments of gadgets which will further focus the attention of pilots from the outside (where it should be) to the inside and further reliance on instruments.

I read somewhere that it was believed that “maneuvering flight” was the regime where more accidents occurred than any other.  So I thought to myself, “Exactly what is ‘maneuvering flight’? “.

I did a little research.   It seems that perhaps one of the best definitions of maneuvering flight comes from one of my favorite organizations, the AOPA’s Air Safety Foundation[2].  They say, “Nearly one-third (32.9 percent) of all fatal accidents in the last 10 years occurred during maneuvering flight, which includes buzzing, formation flying, aerial work (what the hell is that?), stalls/spins, canyon flying, aerobatics, and normal flight operations” (in other words, the stuff we teach at Tailwheel Town).

Wait a minute!  “Normal flight operations”?  Hmm, it would seem that one can’t take off and land without performing this super hazardous “maneuvering flight”.

It occurred to me to ask a question:  Have we become such pansies that we are trying to eliminate EVERY possible hazard?  I read somewhere that the powers that be in general aviation are trying to do just that.  If that is the case, perhaps we should wrap ourselves up in blankets and stay in bed, prolonging our lives as much as possible and never sticking our neck out OR having any fun at all!

I think there is a happy medium.  Although I sometimes accused my father of trying to prolong his life instead of enjoying it, I have to admit that, in the last analysis, he actually did stick it out the way I think we all should.  When he was

young he roped, jumped horses over cars and cowboyed in Texas during the depression as the only English speaker on the crew.  And he performed a trick riding display in front of a somewhat snooty crowd while in his fifties… and with a cow bone in one ankle, the result of a helluva wreck while stunting in a Barbara Stanwyck movie.  He died in bed at 89.

So I’ve learned by example.  To this day, my students are swooping into irrigation pivots, inches off the deck and landing in a turn on one wheel.  But virtually every maneuver we do has been designed to keep safety as the utmost priority while preserving the “Yahoo” effect.  It seems to be working.

Let’s not forget that in a recent study, when deathbed occupants were interviewed, hardly any of them expressed regret at what they had done in their lives. No, almost all of them regretted the things they hadn’t done.[3]

Sure, from time to time aviation, and many other pursuits, loses someone.  That’s very unfortunate for those left behind.  But I can’t help but feel that we lose even more if we don’t follow Jack London’s philosophy:

“I would rather be a superb meteor, every atom of me in magnificent glow, than a sleepy and permanent planet. The proper function of man is to live, not to exist.”

This year we lost Bob Hoover, the “pilot’s pilot”.  He was 94.[4]  He lived his life as a “superb meteor”.  I will never forget the discussion Bob and I had about metal fatigue and the other one we had about the relative merits of Gordon’s Gin.  Both were informative.  Bob was shot down by the Germans in WW2.  Then he stole a German fighter and escaped to fight again.

Bob was a teacher.  He knew so much about aerodynamics that he could be confident that he was offering good advice.  He probably saved some lives with some of that advice. Perhaps his best lesson was how he lived his life.  His lessons are not lost on me.

I know for a fact that some aviators, whose opinions I respect, disagree with me.  That’s okay.  We can’t agree on everything. They are certainly welcome to their opinion, just as I am to mine.  I will never insult their beliefs

Y’know what?  I’m really tired of being a voice in the wilderness.  I give up.  I’ll continue to offer flight training to those who want to improve their flying skill, but I’m going to surrender to Acme in the area of flight safety.  Naturally, I’ll continue to pursue my own improvement and that of those fliers who come to Tailwheel Town, but for those who don’t know any better, Acme can have them.  They win.  I’m glad I won’t live long enough to see the result of the total “Acme-zation” of flying.  And that’s a good thing… I don’t think I could stand it.

Happy swooping… until it is banned.

[1] “Whuffo” is a term borrowed from skydivers.  It refers to those who ask, “whuffo you jump outta den airplanes?”  We always assumed that whuffos didn’t fly.  Unfortunately, they do.  In my opinion, many modern aviators are whuffos.

[2] The ASF is one of my favorite organizations simply because it consistently presents well-organized facts which are behind many aviation accidents.  Does the ASF always draw the correct conclusion?  No. Their “Impossible Turn” video, though well-produced was ridiculous in its conclusions. But at least they present the evidence.  For that they have my support.

#182 The Influence of One Elephant

Get Some Glider Time!