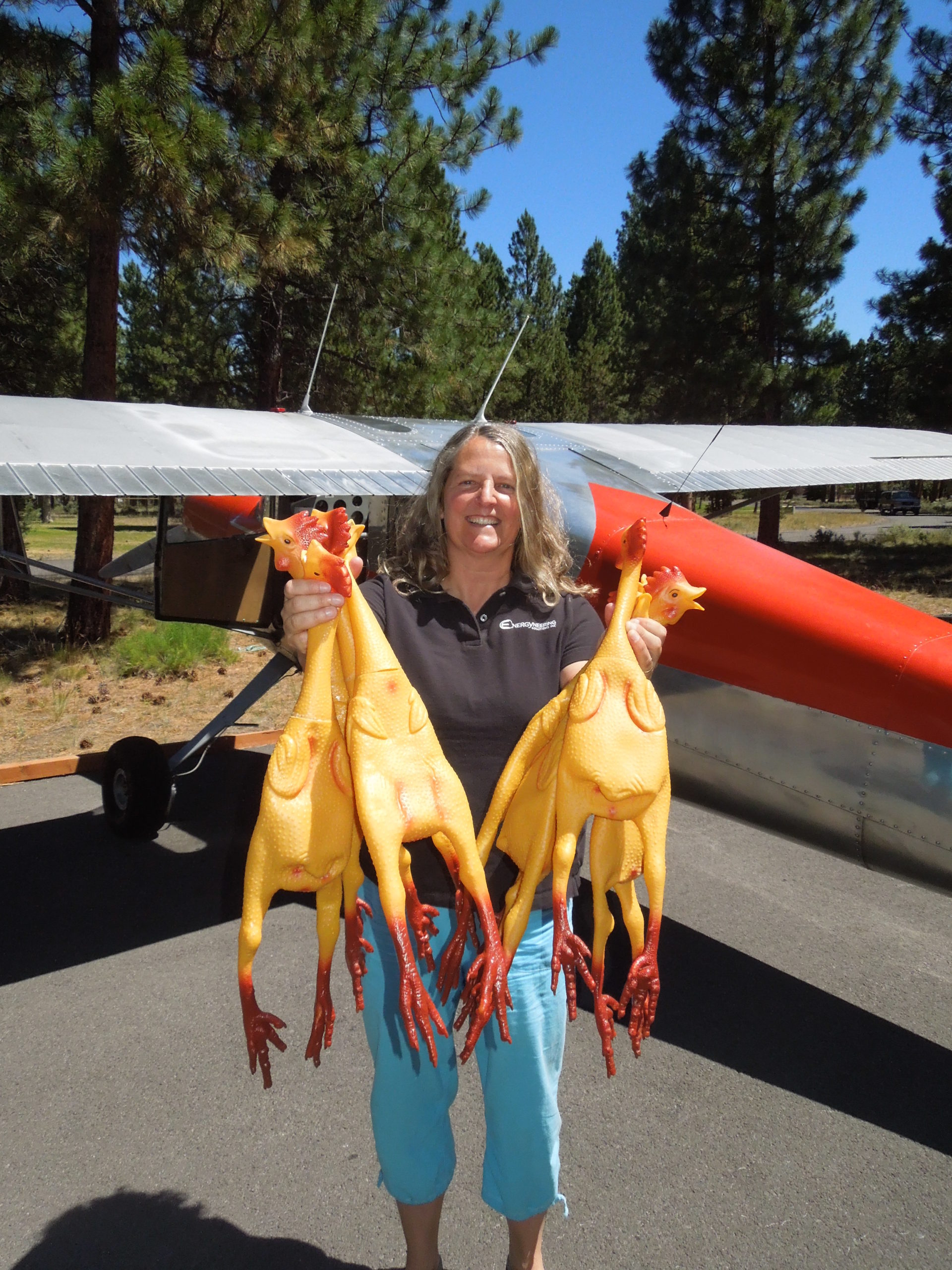 When my pal, Julie Benson, and I swoop over the Sisters Airport today and drop rubber chickens on squares drawn on the runway, we will be doing more than simply raising funds for a program which will help young pilots achieve their dreams.  We will also be exercising a right to fly, which is so symbolic of the liberty celebrated all over the country on the Fourth of July.

As we approach the annual celebration of our “independence”, it’s an appropriate time to reflect on that independence and the spirit which was behind the founding of this country.

The Minute Men faced the British armed with virtually the same (and some would say superior) weapons as those held by the force they opposed.  Modern opponents of an armed citizenry would have the citizens armed with far inferior weapons.  I find that a bit interesting.

A lot of folks attribute this quote to Thomas Jefferson:  “When governments fear the people, there is liberty. When the people fear the government, there is tyranny.”  They are probably wrong in terms of their attribution, but it’s a pretty apt philosophy.   Especially today and especially in aviation.

Many pilots’ hands shake as they reach for their paperwork when ramped by a fed.  Seems to me that the fed should be the guy shaking in his polyester pants. After all, that pilot he’s checking might be so upset by the interruption that he’ll haul off and smack the useless bureaucrat.  Insert pic of Krashbern being ramped.

The size and power of government is an important issue.  It’s one which is made more important by the fact that it doesn’t seem to make any difference which party is in power.  Government continues to grow, in spite of each party accusing the other of growing it.

Aviation should be the poster child of what’s right with this country.  There are times when it could also serve in that role for quite the opposite reason.

Perhaps the state of general aviation can be symbolized by the widely held theory that more traffic can be moved safely at an uncontrolled airport than can be handled by an air traffic control tower.  I believe that, but why is that so?  It has to do with the preponderance of common sense among general aviation pilots.  Oh, sure most of them can’t fly nearly as well as I’d like, but they are very capable of using commonly accepted techniques to safely land and takeoff on each other’s heels.  Sort of an aerial “Alphonse and Garcon”.  It works.

We still have too many pilots who’ve drunk the Kool-Aid of government control.  Richard Bach very aptly featured one of them in his excellent “Found at Pharisee”.  I guess with a population this large, we’ll always have a few of them.  But they are outnumbered by airmen who have a pretty good idea of good operational and maintenance practices.

I echo the wishes of many when I encourage my friends to enjoy the fourth of July in the way it should be enjoyed.  Sure, enjoy the cookouts, the fireworks, the many entertainments which will dot the land.  But please, in your enjoyment of this great tradition, don’t forget that it’s about liberty.  And please don’t forget that we must constantly protect that liberty.  We must protect it from threats that reach us from without, such as the boogeyman of Middle Eastern terrorism.  But, in the long run, it is the menace from within which probably threatens the success of this democratic experiment more than any other.  So enjoy the Fourth of July, my friends, and the liberty which it symbolizes.  That’s the same liberty which provides us with the right to… Happy Swooping!  And don’t let anyone tell you different… it’s not a privilege; it’s a RIGHT.