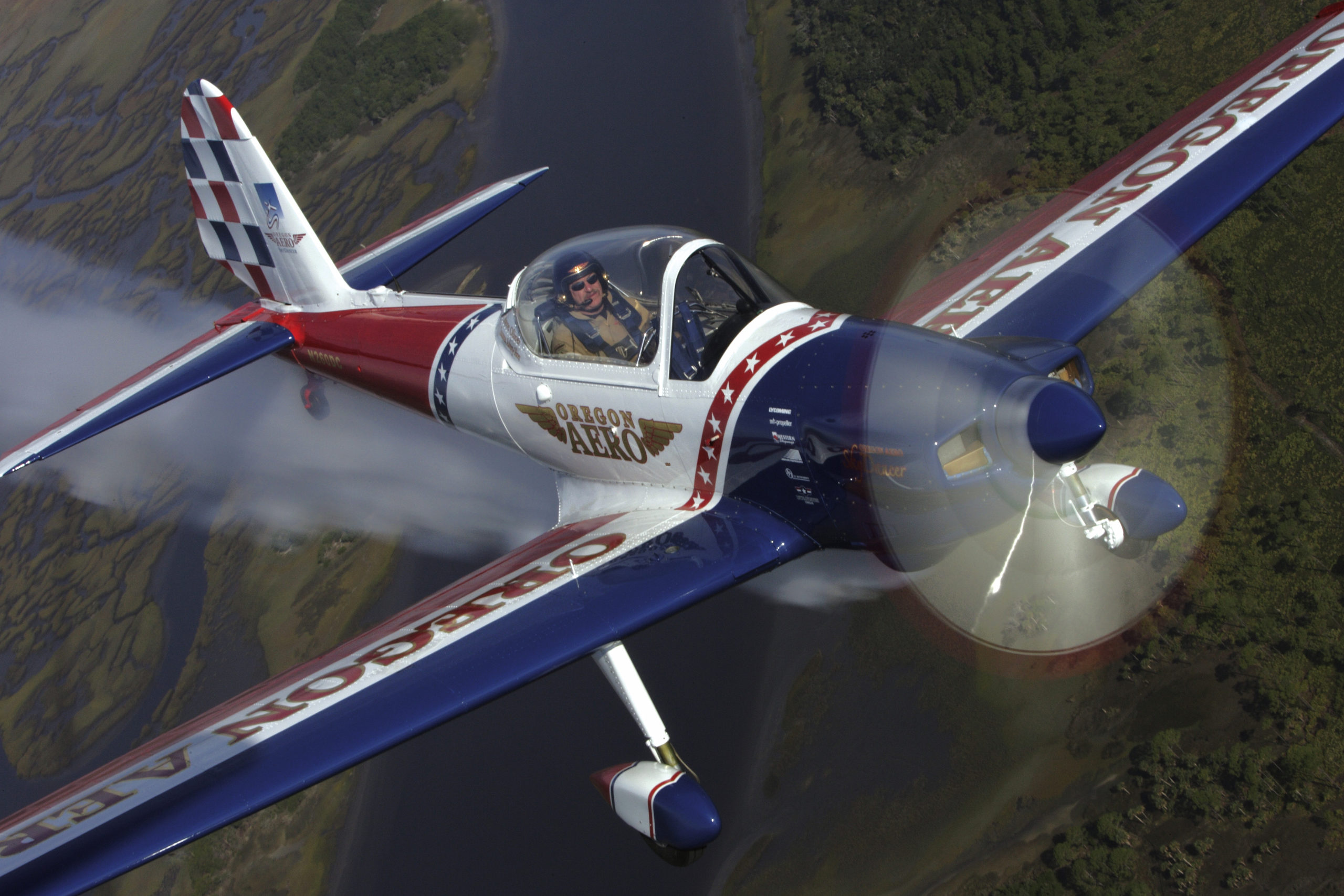 It’s possible that there are some pilots who are smarter than Steve Oliver.  But I liked the above title and I should confess that, in my opinion, ol’ Steve is certainly one of the smarter airmen I know.  That’s why, when Steve makes a suggestion, I’m either going to follow it or at least give it some serious consideration.  And I feel that way in spite of what happened in Arizona.

I was doing an airshow at Prescott, Arizona.  It was 1988 or ’89.  The airshow producers had arranged for hangar space so that each performer’s airplane could be in a hangar.  For me, they’d found room in a hangar which was normally used as a paint shop.  We rolled the Cub into the hangar.  Steve Oliver’s Chipmunk was in an adjoining hangar and he had helped me push the Cub inside.  Before heading to the local bar to visit with my airshow buddies, I “dressed the prop” the way I always did.  I turned it so that it was horizontal, it’s tips of equal height.  Then I headed for the door.“Why do you do that,” I heard Steve ask.

“Well, if someone should come along and not see the tip, they might run right into it, maybe hurt themselves.  Who do you think they’re gonna sue if that happens?”

He had a point.  And he was, in my opinion, the Worlds Smartest Aviator.  So I turned the prop.  I took ol’ Steve’s advice and turned the prop so that one tip was straight down and one straight up.  Even Ray Charles wouldn’t blindly run into it and hurt himself.  Confident that our airplanes were safe, Steve and I headed to the bar.

It was a fine get-together.  I saw those good friends who I only got to spend time with at the occasional air show or at our big convention in December.  Johnny White, the Air Force’s West Coast F-16 Demo Pilot was there.  Air Show Producer Tim (“O’Daleystein”) Daley, Steve’s wife, Suzanne (The World’s Greatest Sky-writer”) was also there.  We hoisted drinks, talked about those who weren’t there, told flying stories and were generally having a great time when the phone rang and the bartender asked, “Who owns that Cub in the paint hangar?”.

“That would be me”, I hollered over the sound of the boisterous crowd.  “What’s up?”

“It’s been damaged… you better get over there.”

Back at the hangar, we surveyed the damaged Cub and found out what had happened.  It seemed that there was some painting to do, so they had rolled my plane out and left it against a curb, untied outside the hangar.  While they were happily squirting paint, a dust devil arrived.  It’s drunken, random track took it right to my Cub.  It picked up the unsecured airplane and dumped it against the curb.  One wooden spar inside a wing was broken.  The propeller, dressed with one tip straight down had that tip bent back as the plane was unceremoniously dumped in a nose-down attitude.

For the first time in my air show comedy career, I borrowed another cub in which to perform my act that weekend.  Then my airplane went on its trailer and we raced to our next show in Oklahoma City, where my friend, Tom Jones, had arranged for a local craftsman to fix the spar and re-fabric over his repair.  I had to replace the bent propeller.

The World’s Smartest Aviator had been wrong.  Had the prop been horizontal it would have survived.  But that’s the lesson:  It doesn’t matter how smart we are or how well-thought-out our actions might be.  Every once in a while we’ll be wrong, no matter what.  I still think that Steve Oliver is the World’s Smartest Aviator.  I still listen to his advice.  ‘Cause it’s among the best I ever get.  Right or wrong.