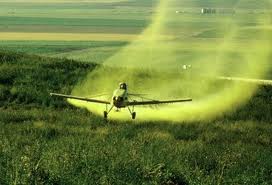 Al Heuston was an ag pilot. He was in his forties when I arrived at Montague, California as a brand spanking new flight instructor. Al didn’t care much about rules or authority. He seemed to live his life by his own, commonsense rules. I took an immediate liking to his sense of independence and disdain for authority. It seemed like a day didn’t go by without my learning some little gem about flying from the plain-spoken cropduster pilot.

Al walked with a limp that was reminiscent of Walter Brennan. A bad wreck in an ag plane had been largely responsible for that lopsided gait. Also, as a kid, he’d crawled through a barbed wire fence with his shotgun. The gun went off and blew away one of his testicles. The other one just had to pump out twice as much testosterone, a chore it had no trouble performing. Years later Al had a hip replacement. When I visited him in the hospital he flung a plastic bag at me.

“Look what they dug outta me”, he said. The bag had several shotgun pellets in it.

Before I arrived at Montague, Al was flying a Call Air ag plane. In the spirit of that wonderful little airport, Al was always willing to help. One day one of the local glider pilots “landed out” in the Schweizer 2-33 sailplane. He was stranded in a fairly short field, too short for the usual aerial retrieve. I don’t want to besmirch the glider pilot’s name, so I won’t mention it here. Al flew his Call Air over, landed in the field, then cut a towline in half, tied it to his tailwheel, and pulled the pilot and the 2-33 out of that field.

The wide-eyed glider pilot had the best seat in the house as he experienced the most frightening launch of his career. “I thought he’d never get airborne before he hit the fence, but he pulled up over it, then settled into ground effect and I watched that short tow rope drag over the top fence wire. One launch like that was enough for me,” said Terry Weathers.
Oops. Oh, well, it was a long time ago.

When I got to Montague, Al had a Pawnee that was his main tool. He also had an old Stearman with a fertilizer spreader on it. I seem to remember that it had a big Wright engine on it.

Al also saw that there might be a lot of future in helicopters for ag work. So he got himself a Bell 47 basket case, rented a glorified storage unit for a shop and set about rebuilding the old chopper. When he finished it he got a little help but mostly taught himself to fly it.

I’ll never forget the day when I was giving hot air balloon dual outside of Montague. We landed at the end of the flight and as the crew was putting the balloon away Al swooped in with his helicopter. He offered me a ride back to the airport and even gave me a little dual. I had a wonderful flight back while the crew labored to bag the balloon and drive back. It was the first time I ever flew under a power line.

I was pretty low time. Al knew that, but one day he asked me if I’d like to fly his Pawnee. The Pawnee is single seat. There is no way you can receive any dual in it. When I slobbered my answer, Al told me that the hopper was full of water.

“Take off and fly around for a while getting comfortable,” he instructed. “Then come back and make a low pass down the runway. Halfway down, dump the load and maintain your altitude.”

I had a hunch he was up to something. That instruction to “maintain your altitude” was the tip-off. I knew it would be difficult. Off I went. I’ll never forget the thrill that this T-craft pilot felt with all that power in that long-snooted working airplane which reeked of Malathion. I flew around for a while, then came back, swooped down low over the runway and dumped the load. That Pawnee shot upward and I was just going for a ride, totally incapable of maintaining my altitude with the sudden loss of weight. It was a great lesson.

Later, Al sent me up in his single seat Stearman. It was the first time I’d ever flown a Stearman.

I can be a little obtuse, so it took me several years to realize the size of the debt I owed Al Heuston. He had no good reason to let me fly those two airplanes. Years later I put more time in Stearmans and did a bunch of formation flying in a 450HP version with the flamboyant air show pilot Earl Cherry. Al had given me a shortcut and enabled me to honestly say, “yeh, I’ve got some Stearman time”.

Likewise, I was later able to hop in a Pawnee and tow gliders with the head start that he’d given me in his long-nosed ag plane. I now own a Pawnee and it is one of my favorite airplanes.

Nobody put a gun to Al’s head and made him give this low-time kid a chance to fly those single seat, uninsured airplanes. It was a great opportunity and I’ll never forget it.

Al Heuston is gone now. But he lives on in my gratitude and in my willingness to maybe stick my own snoot out just a little further when a deserving young pilot comes along who needs a break.

Many thanks to Laurie Heuston for remembrances and photographs of her father.