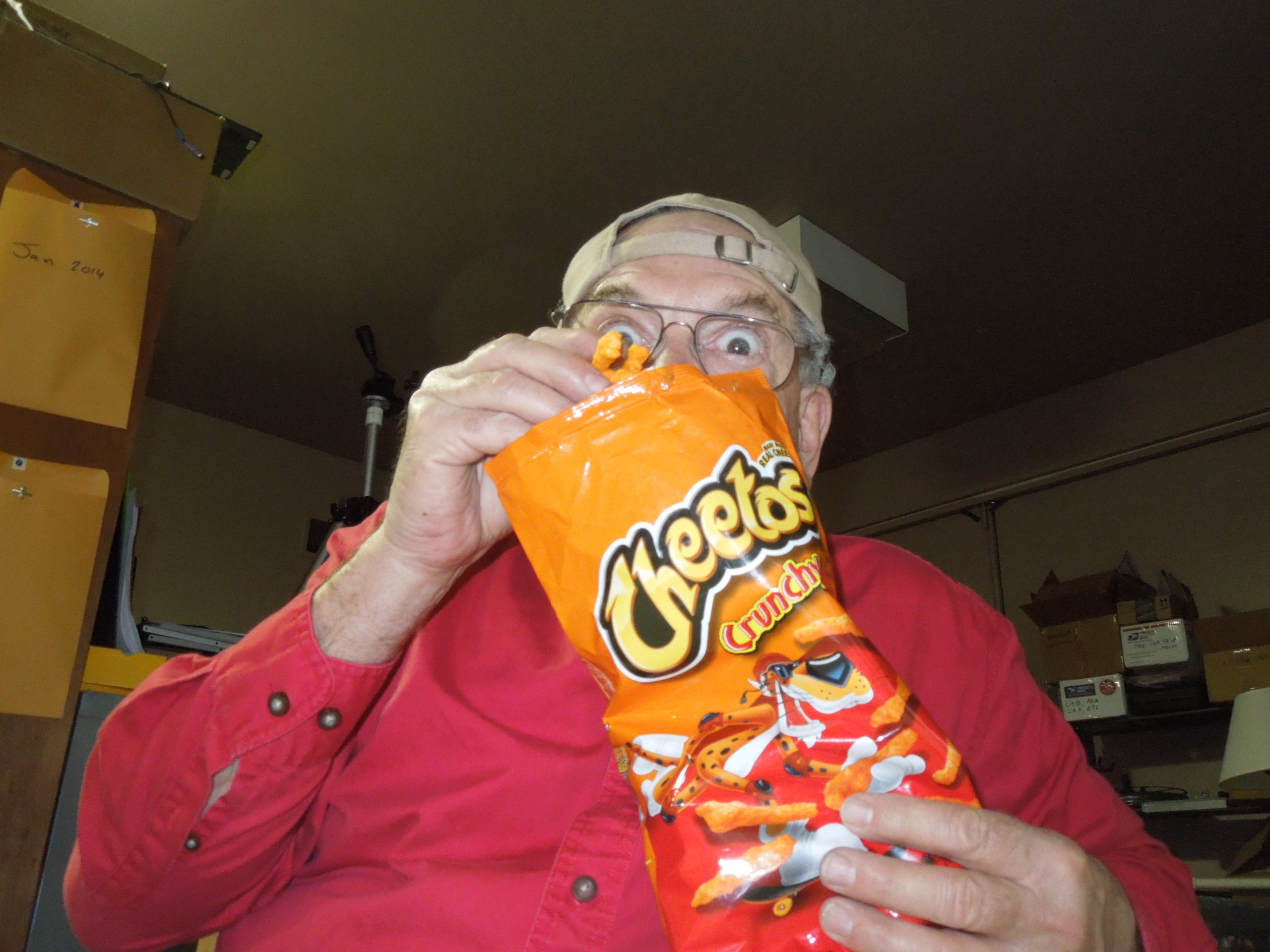 Bert Garrison is a “Doozer”.  After several days at the helm of that airliner, he drives a fur piece to get home and then launches himself at all the chores which have been waiting for him at his little farm.  He builds a new henhouse, rigs a webcam to keep an eye on the chickens, splits firewood or does maintenance on a vehicle.  He works into the night, never watching TV or doing nearly anything for entertainment.  As a man vitally interested in videography and the involved and highly technical job of “getting the shot”, Bert does a lot of studying of what others are accomplishing in the area of gyro-stabilized camera mounts.  His own shop is filled with prototypes of such mounts to be used in Tailwheel Productions’ videos and he flies his projects, then uploads the resulting test footage so that I can see it.  Lots of times, Bert will find a link to someone’s RC camera flying tests or something on the editing system we use and send it to me so I can take a look at it.  The guy who produced that video was consumed with the engineering of the mount, the use of the servos and gyros, the flying of the ship and the planning of the route.  Although his interests… and ours… are in the technical side, he can’t resist a bit of editing and the placing of a music bed underneath the result.  That’s the showman in us all.

So I’ll go to the link and look at the footage. The first thing I’ll do is to turn the volume way down so I don’t have to listen to the raucous, horrible music.  I may have to wade through the overly long title.   I’ll pay attention to the stability of the image and how the ship was flown.  Sometimes I’ll be admiring, sometimes critical.  And underneath that video frame will lurk the comments from others who have viewed it.  I’ll scroll down to the comments.  And that is when my blood pressure rises.  Because, you see, the overwhelming majority of those commenters seem to be “Cheeto-eating Trolls, living in their mother’s basement”.  That’s the term I learned from Bert, who is quite familiar with the phenomenon of Trolls and, because he’s smarter than me, rarely reads their illiterate rants.   Often they pay no attention whatsoever to the video.  One of them will always inquire, “what’s the music?”

The Trolls usually miss the point, but they never fail to raise my blood pressure.  When we first started this practice, I would exclaim to Bert about the ignorance of the comments.  Bert would reply, dryly, “oh, you’re not supposed to read the comments… they’ll just piss you off.” 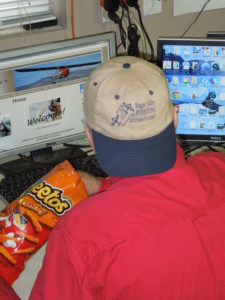 Indeed they do.  When I was developing the Tailwheeler’s Journal website, the question arose of whether to allow comments.  Naturally, I turned to Webmistress and Editor, Jami, whose opinion on almost everything is usually smart and well-considered.  “Allow comments”, she advised.  “You’ll have approval and you can always reject one if you like”.

As usual, it was pretty good advice and I’m glad I took it.  I enjoy the comments I receive on the articles which appear in the Journal.  Occasionally I’ll reject one, usually because of unclear writing.  After all, we’re a “literary website” and it wouldn’t do for a comment to be so riddled with grammar, punctuation, style and spelling errors as to be unreadable!  I’m delighted that the articles or videos are interesting or thought-provoking enough to prompt a comment in the first place!

But the Cheeto-eating trolls have a couple of things in common.  Because they spend so much time munching Cheetos in that darkened basement while hunched 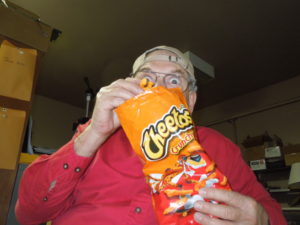 over that keyboard, they don’t get out to fly very much.  Sometimes they aren’t’ fliers at all.  Sometimes they just enjoy taking potshots at those who do.  And they take those potshots from the safety and anonymity of their darkened basement dwelling.  And it seems to me that they must have something else in common.  They probably all have orange Cheeto crumbs lodged in the crevices of their computer keyboards.  Cheeto-eaters are also rarely smart or prescient.  One of them recently referred to the singer, Adele, as a “one-hit wonder”.

So, Tailwheeler Friends, here, like “Whuffo”, are a couple of terms with which I hope you will become familiar (but not TOO familiar):  “Cheeto-eating Trolls” and “Cheeto crumbs on the keyboard”.  Now, as a member of the TJ cognoscenti, you will know to what those terms refer. 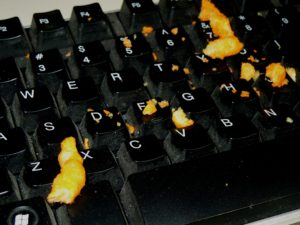 The Trolls are part of our relatively new world of net-surfing and idea-sharing.  Seems like every good and valuable development has a few negative side effects and I guess that if we can spread knowledge and ideas, video and technology around the world at the speed of light, we have to put up with an occasional Cheeto crumb on the Keyboard.  For the most part I’ll take Bert’s advice and ignore it.  But at the Tailwheeler’s Journal, we will always value the ideas and friendships that have been the product of our practice of allowing comments.  And you know what?  We don’t get any Trolls commenting on OUR stuff (well one Troll did refer to me as a “Dumbass”) but, for the most part, they’re all too busy watching those other videos while munching those Cheetos.