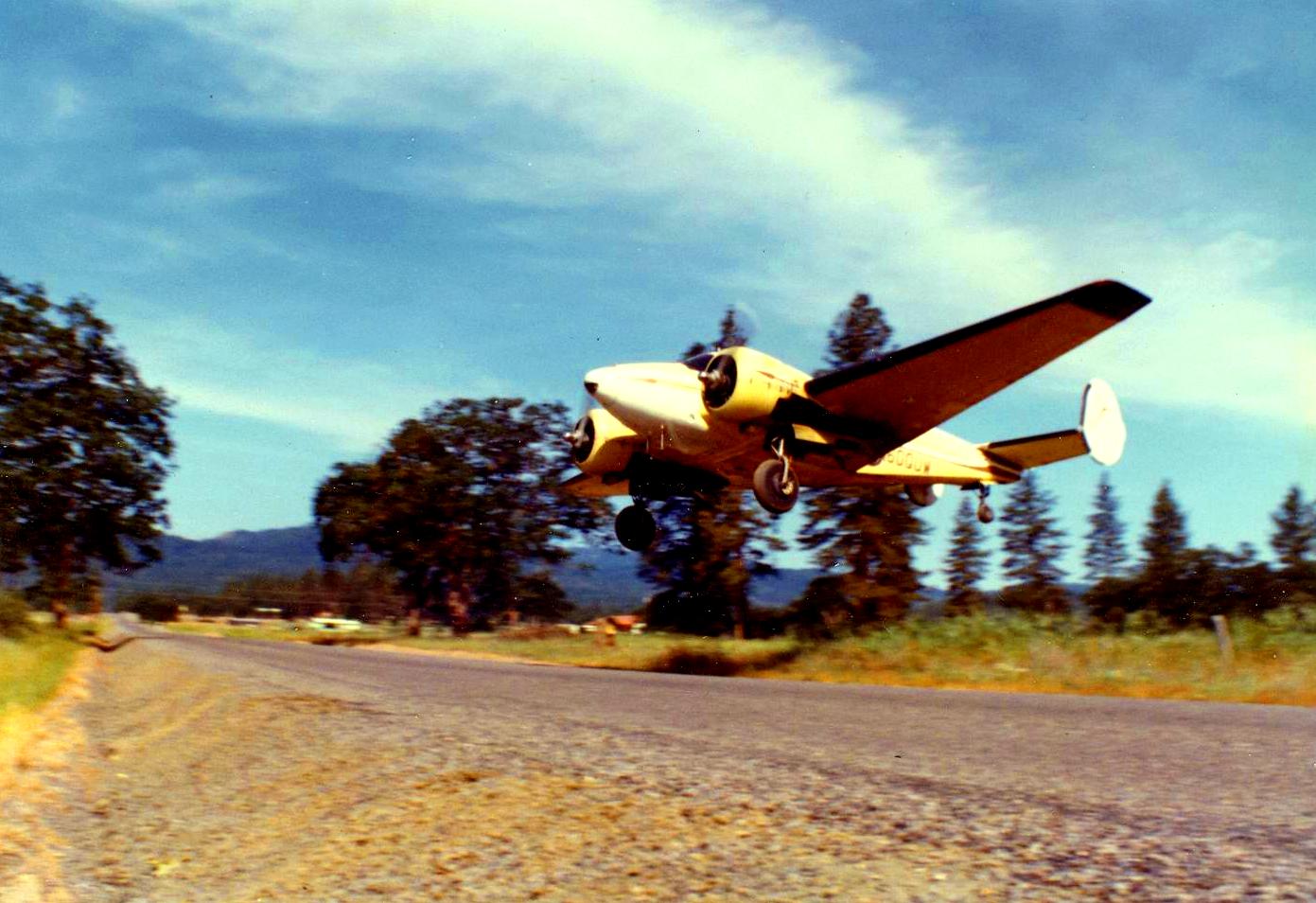 I was browsing through my old skydiving logbook the other day.  Funny how entries in old journals and logs will cause us to remember long-forgotten incidents.  Insert harp riff right here… It was November of 1978.  At the time I was actively skydiving.  Joe Blank and I were delivering an old Piper Colt to the nearby airport at Angwin and had decided that we’d stop at Pope Valley, California to get a couple of jumps in before returning to Medford.  When I got there, we found that the United Arab Emirates Skydiving Team was practicing there.  One of Pope Valley’s regulars, a guy named Norton, was assigned as their coach.  I got the impression that the team was made up of enlisted men from the Arab armed forces, with an officer or NCO as their team leader.  Norton said we could hop in the Twin Beech with him and the team.  I never knew Norton well, but he was a great character.  He was sort of a biker/skydiver and was flamboyant and a bit crude, with a great sense of humor. There was a language barrier between “Coach Norton” and the Arabs, but Norton took his job seriously.  In addition to skydiving technique, he took it upon himself to teach the Arab jumpers common English phrases as well.  Unfortunately, Norton’s “phrase-book” consisted entirely of foul retorts, most of which began, featured or ended with the ubiquitous “F-word”.  I think the Arab jumpers may have understood that the phrases which they happily slung back and forth to each other were not exactly fit to be used in polite company, but they were keen students, parroting phrases like, “Have a good jump, you f—–g dirtbag!” 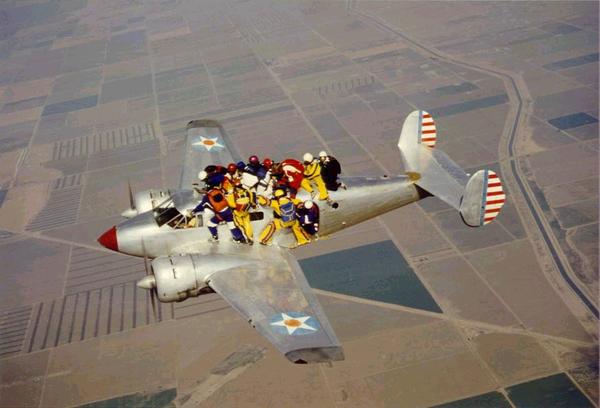 A popular jump plane, the Beech 18 could carry a lot of skydivers… either inside or out.

We all climbed aboard the aging Beech 18 and took off on Pope Valley’s cracked and undulating runway.  It was a return for me.  A few years before, my brother and our small crew had gathered there for several weeks to shoot the film, “Dawn Flight”.  It was the story of a glider pilot. With the help of a superb actor, Denis Arndt, we’d managed to pull off a classic short subject which actually got us an Academy Award Nomination.

The plane had no door.  The gaping doorway in its side toward the back of the plane was a source of lots of noise and a rush of cold, thin air as the plane climbed.

The Napa County countryside grew smaller below us as the old Twin Beech climbed to twelve thousand feet.  In the back, the boys were up to something with the encouragement of Norton.  Several of the jumpers distracted the team leader.  They called his attention to some landmark off in the distance and while he was occupied with looking at it, one of them disappeared into the small bathroom located behind the rear bulkhead of the plane.

Then the team began to yell and feign shock and surprise.  Most of their yelled comments were in Arabic, but someone added, “Abdul, he fall out!”.  Their exclamations were aimed at their team leader, who was the butt of their joke.  Several of the jumpers gesticulated at the open door way and peered out and down as if to look for their comrade who had slipped and fallen out the door of the big plane.

The team leader was sucked into the gag.  He angrily raced back to the door and leaned out to see if he could spot Abdul.  Behind his back the rest of the team were giggling with delight.

It was decided that the jump would continue with only the remainder of the team.  The old bird turned on jump run and Norton leaned out the door spotting the jump.  At his command, the engines were brought back to minimize prop wash and the “floaters” took their positions hanging out the doorway.  The quick countdown was chanted.  “Three, Two, One, GO!”, the jumpers screamed and then tumbled out.  As they fell away from the plane, Abdul, who was probably the most expert “relative worker” on the team, came bursting out of the can and leaped out the door.

Joe and I followed.  We’d try for a canopy hookup.  I won’t embarrass either of us by reporting how THAT went!   I found out after landing how the gag went:  The members of the team joined, their hands grasped jumpsuit sleeves and they formed the basic circular formation, with all of the jumpers whistling toward earth in a circle.  Then Abdul came swooping in.  He joined on the star directly across from the team leader, who now realized that he’d been had.  Abdul grinned  and probably mouthed, “I fooled you, you f—–g dirtbag!”

At about three thousand feet, everyone tracked off to clear air and all of their canopies bloomed open.  The scene on the ground was hilarious as they all traded American obscenities and laughed loudly.  Abdul and the team leader embraced and smiled at each other.  Evidently there were no hard feelings.

Joe and I made some more jumps before heading back to our home drop zone at Beagle Sky Ranch.  I’d remember some jumps a lot more than others.  The day that Abdul fell out of the airplane will always be one of them.

The Twin Beech at Beagle Sky Ranch used every bit of the dirt runway.

How did this story get on the Tailwheeler’s Journal?  The Beech 18 is a taildragger.

And, speaking of skydiving,

#236 The Most Memorable Flight