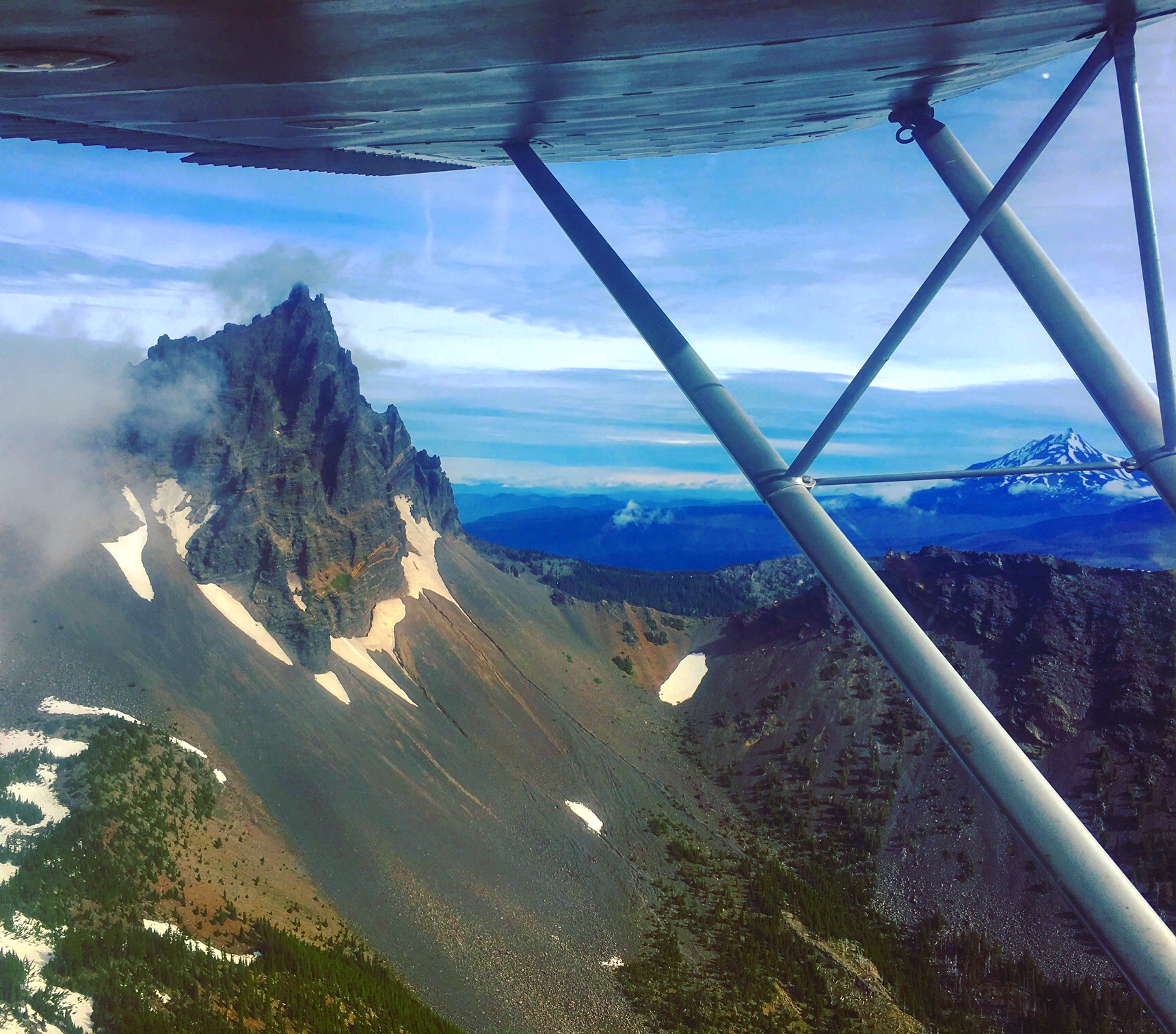 When I gradually began to offer Tailwheel Flight Instruction, an issue raised its head:  You see, not everyone who wanted to receive tailwheel dual and to improve their skills, needed to gain a Tailwheel Endorsement.  Some already had such an endorsement.  So I re-did my syllabus for what I now called a “Master Class”. Since this course was designed for someone who already was familiar with tailwheel aircraft, I left out much of the time that we’d previously spent doing three-point landings and wheel landings. But I put in some maneuvers that were new, skill building and not likely to have been practiced.  Included in this new bag of maneuvers were, depending on opportunity, the Landing in a Turn, Slaloms, The Dead Stick Landing, an intro to mountain flying, 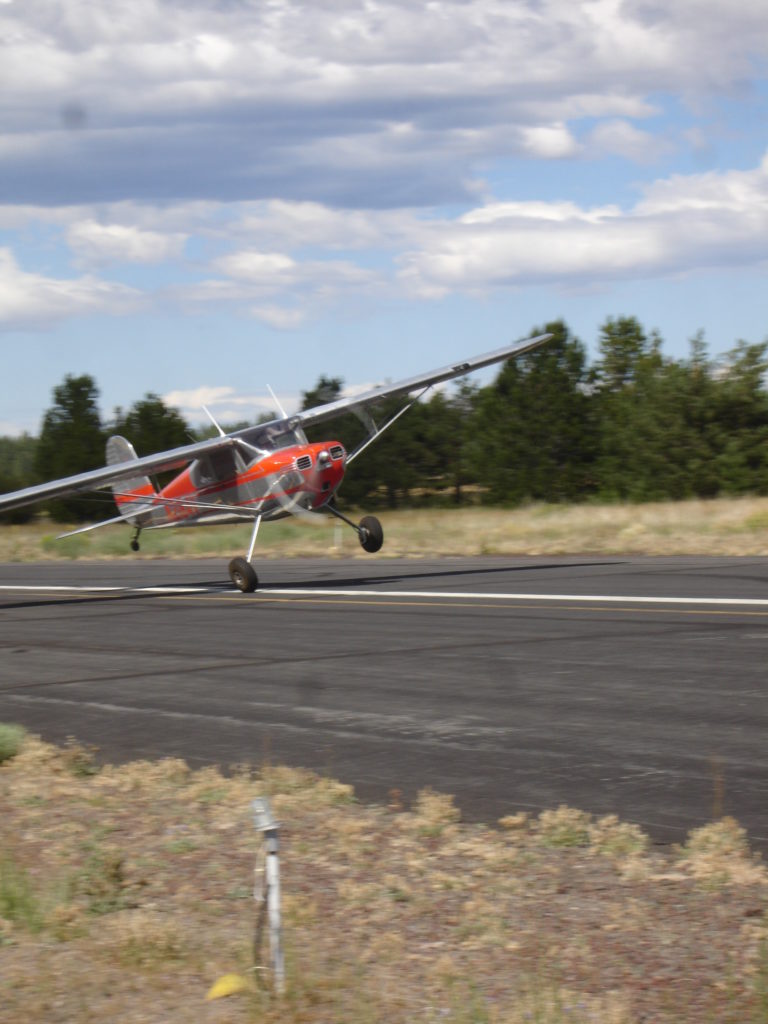 Landing in a Turn 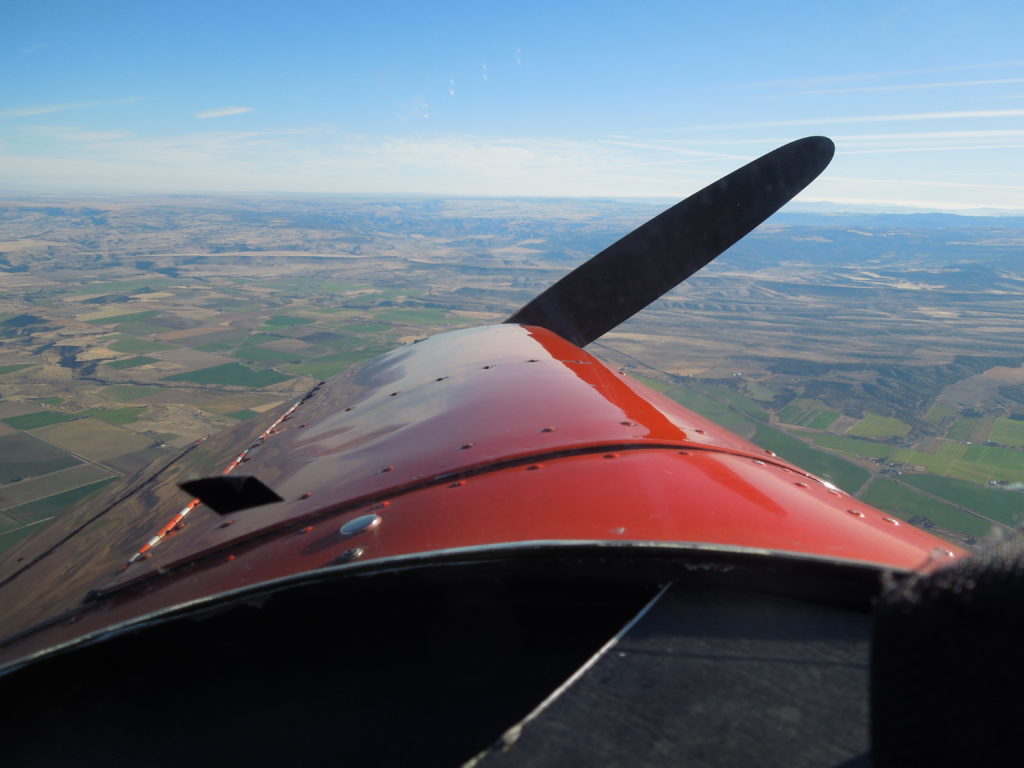 The view from the cockpit.  A dead stick approach and landing started from approx. 8,000 feet. 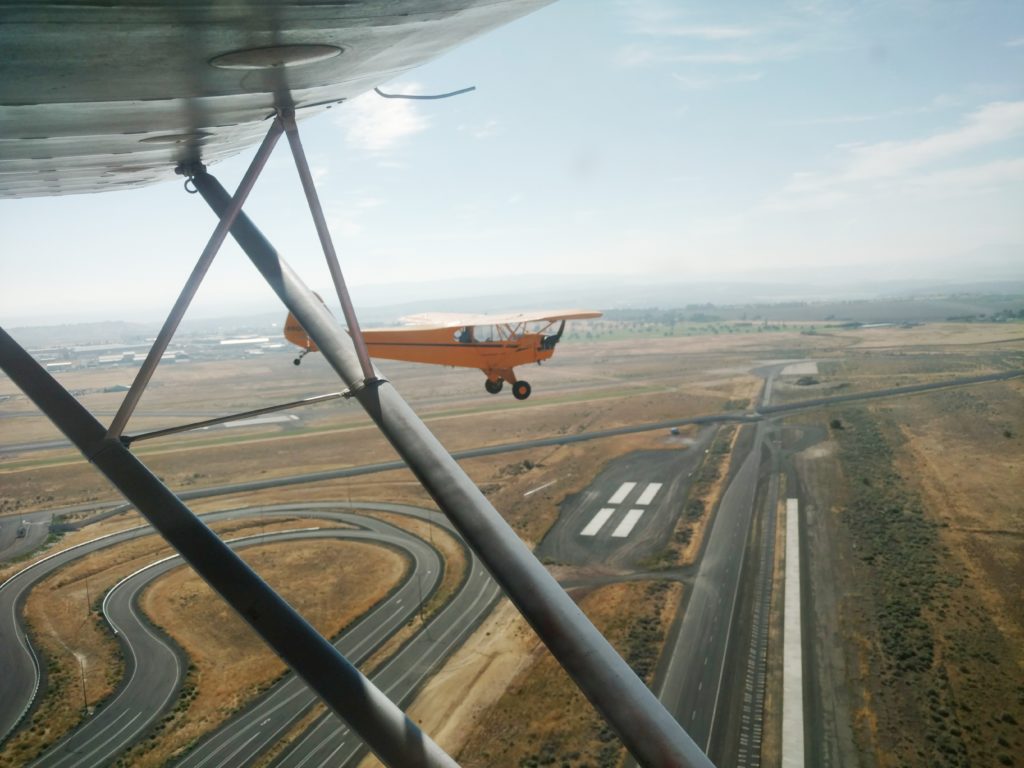 In formation with Phil Comingore’s Cub over Madras. 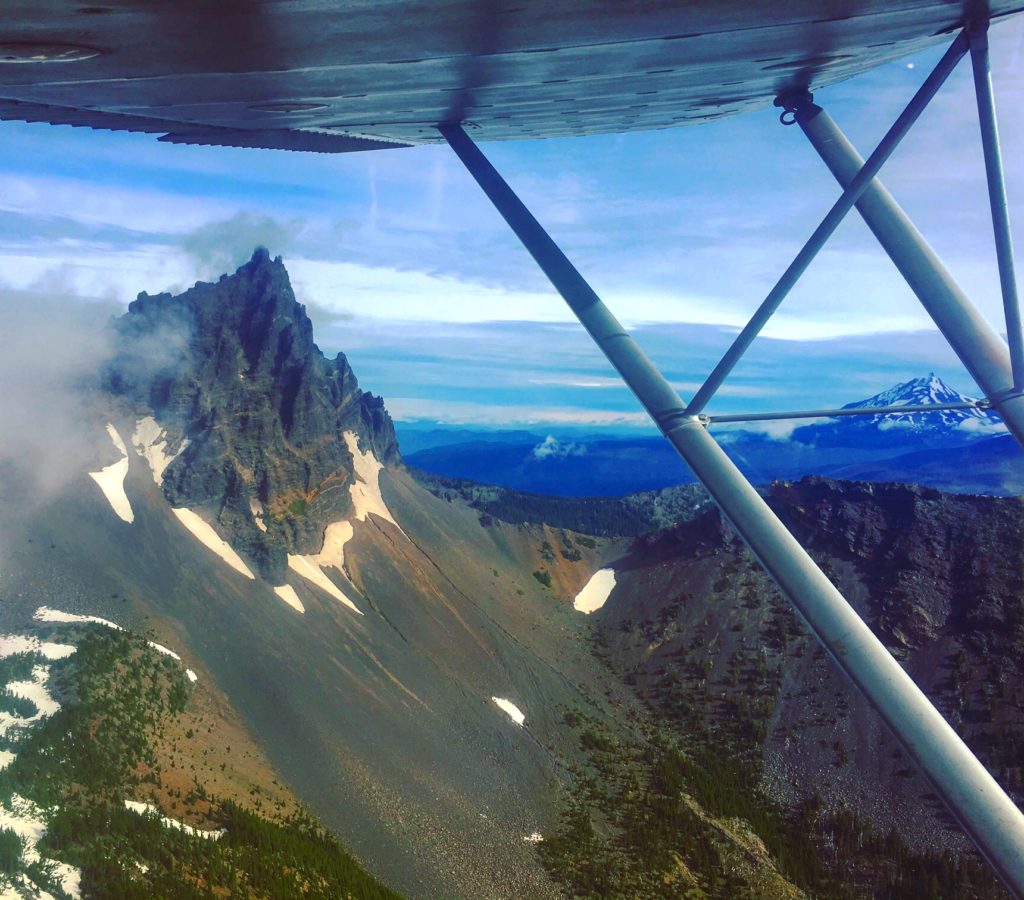 formation flying and a few other items that I kept in the Tailwheel Endorsement course.  For example, I realized that pilots had, for years, been using a rather goofy knot to tie their airplanes down.  So I included knot-tying.  The same pilots who could start a vehicle by “popping the clutch”, were familiarized with hand-propping, a skill that I realized all pilots needed to be familiar with but with which most had no skill at.

So, now that my courses are no longer available to Ladies Love Taildraggers scholarship winners, all hope is certainly not lost.  After all, the cadre of female flight instructors providing instruction for this wonderful program have their own bags o’ tricks and have plenty to teach the pilot looking for more than a conventional tailwheel endorsement, spin endorsement or upset training.  And, until aviation is truly sex-blind, I have to say that this move to female flight instructors is probably a good one.

I’ve had plenty of flyers ask me for instruction in a particular area.  Scholarship winners can do the same.  Their all-female flight instructors have tons of experience and can, no doubt, be prevailed upon to share some of their knowledge.

So it doesn’t matter what we call the course.  I started calling some of my classes “Master Classes”.  I think it might be important to define the word “Master” a bit.  Years ago, my then-wife told me that I was making a mistake when I told her or anyone else, for that matter, that something was “easy”.

“It might be easy for YOU,” she stated, “but it’s not necessarily easy for someone just learning it.”  BINGO!  That’s so true and so important.  And not for the reasons you might think.  When I see “Acme grads” being unable to perform virtually any one-wheel work, I see someone who can’t do something which I believe is really easy. If it’s so easy, why do they have so much trouble doing it?  Simply because they never practice it.  I truly believe that it is easy, but I also believe that practice is necessary to master one-wheel work.

(Note: Slaloms and Multiple landings are demonstrated in videos on www.tailwheelersjournal.com)

#81 The Beginning of the End