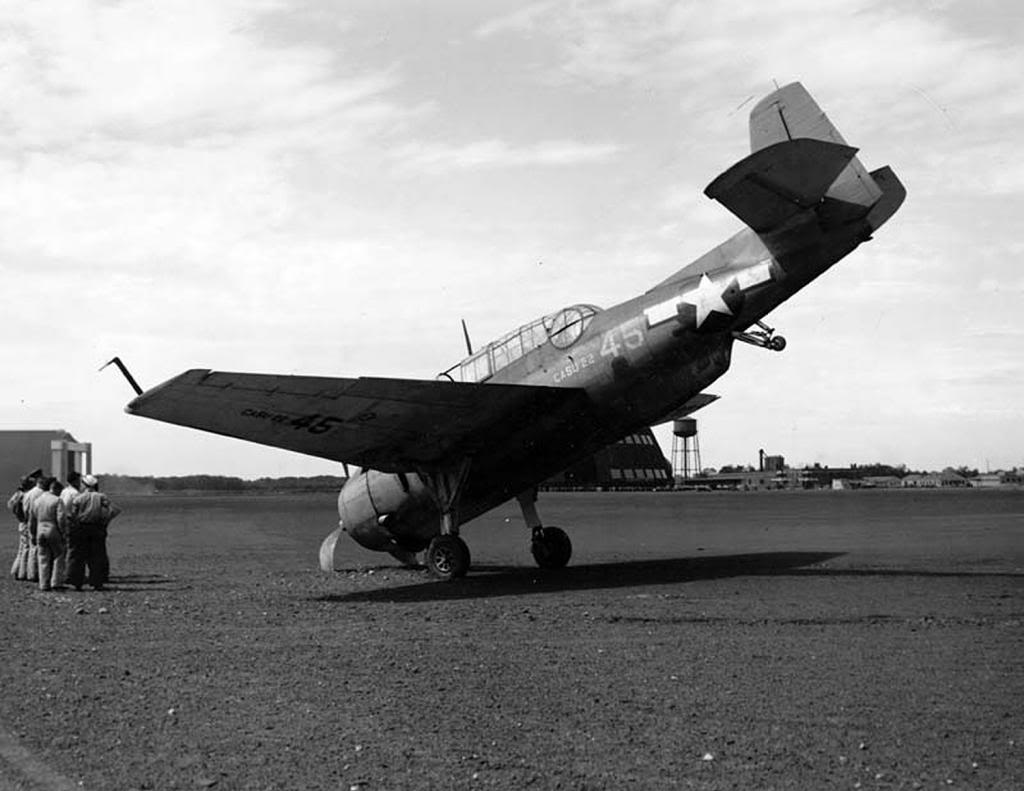 This is the result that so many tailwheel pilots are deathly afraid of... The embarassing and expensive nose over, often due to over-braking and "lazy elevator".

“I never use my brakes”.  I have heard that boast from so many pilots over the years.  I can’t help but wonder why this is such a point of pride.  In “Brian’s Flying Book”, I pointed out that one of the skills a race car driver develops is the use of brakes. –A professional race car driver would never drive a race course without aggressively using his brakes.

But for some reason, many pilots have been taught by generations of instructors that to use one’s brakes is the result of bad planning.  Wrong!  Virtually any airplane can be turned sharper with the use of its brakes than without.  Our chosen type of airplane, the tailwheel airplane, is a great example.  When we apply that inside brake and pop loose the steerable tailwheel, we are able to pirouette the plane around one main wheel.  One of my favorite students (you know who you are) refers to it as “twirling” and gets a kick out of practicing it.

I’m going to go out on a limb here and state that I don’t think most tailwheel pilots are very good at using their brakes aggressively to stop a landing airplane.  Why?  Because they are afraid of putting the airplane on its back.

This may be the Achilles heel of tailwheel airplanes, but it’s also their advantage.  A tricycle gear plane is prevented from nosing over because of that appendage that was placed on the nose in order to make the airplane easier to handle and thus more saleable.  The pilot of a tailwheel airplane can use his elevator to put virtually all the weight of the aircraft on its mains and make his brakes extremely effective while the trike’s pilot goes skidding past him.

It takes practice to be able to accurately control the pitch of a landing and decelerating airplane WITHOUT screwing up and putting it on its back.  Brake, elevator, power and the nature of the landing surface all combine to control the pitch of that airplane.  An inexperienced pilot or one operating in the heat of competition can very easily lose control of pitch and end up coming to a stop while hanging upside down in his seatbelt.

Most pilots have seen the videos from the Bush Pilot’s competition in Valdez Alaska.  It seems that almost every year, one of the competitors ends up red-faced, both from the added blood pressure to the head as a result of being upside down and the embarrassment of ending up like that in front of an audience.

From the standpoint of a teacher, it’s one of the hardest things to teach.  Of all the controls in a normal airplane used for training, the brakes are the only control the flight instructor can’t override.  If a student and instructor are practicing short field work and the student stomps too hard on the brake, the instructor can’t release that brake pressure. He can operate throttle and elevator, but that may not be enough.  So it’s understandable that the teaching of brake usage has to be approached carefully and with a lot of ground instruction and trust!  Personally, I feel that if I continue to teach braking to everyone, eventually somebody’s gonna put my plane on its back.  I’m thinking that in the future I will only teach braking to the most talented students.

There are many airshow pilots who routinely use a combination of brakes, power and elevator to either stop or slow an airplane sufficiently to “take a bow” in front of an airshow crowd.  I’ll bet there are a lot of otherwise very proficient pilots in that business who won’t do it or can’t do it.  Perhaps the best example I saw while in that business was the late, great, Jimmy Franklin.  Jimmy would “take a bow” in front of the crowd line with his smoke system billowing a giant cloud behind him and his pitch perfectly controlled.  Art Scholl used to “twirl” his Chipmunk in a huge cloud of smoke.  He rarely demonstrated the ability to get it up on its mains, but he did create a big enough cloud of smoke so that his dog, Aileron, could be snuck into him to later fool the audience into thinking she’d done the whole aerobatic routine!

Why were Jimmy Franklin and a handful of other airshow pilots  capable of taking that bow with their tails in the air while others couldn’t?  Leaving out raw talent (which Jimmy had in spades), it was practice.  If we never practice a maneuver, we’ll never get good at it.  That’s why I urge every pilot to practice aggressive braking in order to perfect short field landings and precise ground positioning.  And this is where the flying Whuffos will register their disagreement.

“You’ll be replacing discs and linings a lot more often…I NEVER USE MY BRAKES”, they’ll repeat.

Fine.  If you’d like to be like all the other flying Whuffos, never use your brakes.  They will last a lot longer.  You’ll save a few bucks.  And you will remain a Whuffo.

#72 In Defense of the Landing in a Turn