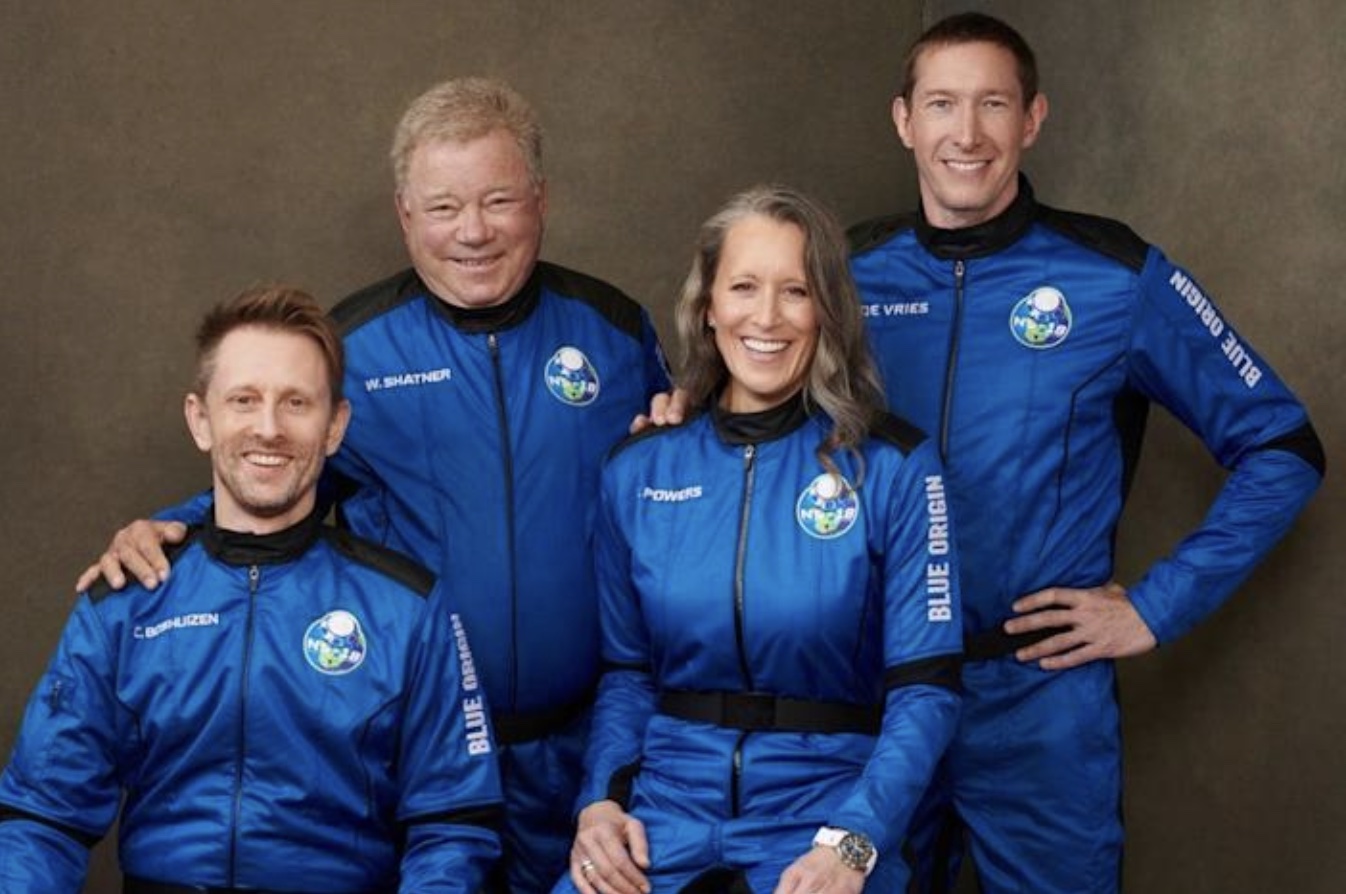 Those were William Shatner’s words to me as the two of us returned to LA aboard a Cessna twin which had been hired by our boss, the producer of the show I was working on and on which Mr. Shatner was the talent.

I’d just finished watching him return to earth after a voyage aboard the “Blue Origin” space capsule of Jeff Bezos. I don’t know about the ninety-year old Shatner’s words. Have I gone far? I don’t really think so. There are a few aviators who seem to have a large impression of my importance, but I don’t think that Shatner’s words were full of import. After all, this was the guy who once had asked the producer of that show, “who is this guy?” referring to me. His question was an important one. After all, I’d been hired as a producer on the show on the strength of “Dawn Flight”, the short subject that my brother, Lawrence, and I had made shortly before I met the creator who hired me on the spot at W.A. Palmer Films, the lab that had provided post production services for Larry and me. Shatner’s attitude toward me was certainly justified. After all, He’d been hired to play the lead in a popular television series that utilized the services of screenwriters and those who had a vested interest in the preparation that is the hallmark of such a series. I had no experience with such a production and had actually expected the star to “ad lib” his lines as we shot the section of the series that had to do with females in the rodeo business. I have no such illusions now and in fact carefully script the shows that I shoot, although cinematographer Bert Garrison and I still take a degree of pride in the “run and gun” technique that limits us to just the two of us producing most of the shows most of the time. I had followed Shatner’s career in fits and starts although he and if never communicated after our flight home from that location. I doubt if Shatner gave a thought to the future of the young producer who he didn’t have a very good impression of during that time, and, in fact I have to admit that I had not made much of a positive impression on the newly hired captain of the Starship enterprise.

I was reminded of Shatner’s halting way of reciting his lines. Bill Maher, the host whose show I’m a big fan of once said of one actor that they had to slow the teleprompter down to
“Shatner’ to make it go slowly enough.

Shatner was clearly moved by his experience aboard the Blue Origin and he waxed rather eloquently regarding the experience. “Everybody in the world needs to experience this….” he was heard to say. To Jeff Bezos. I think it’s safe to say that tears welled into his eyes at one point as he discussed the flight with Bezos. It was clear that he recognized the difference between the cinematic voyage of the “Voyager” with the actual ride he had just taken. That difference was certainly not lost on me!