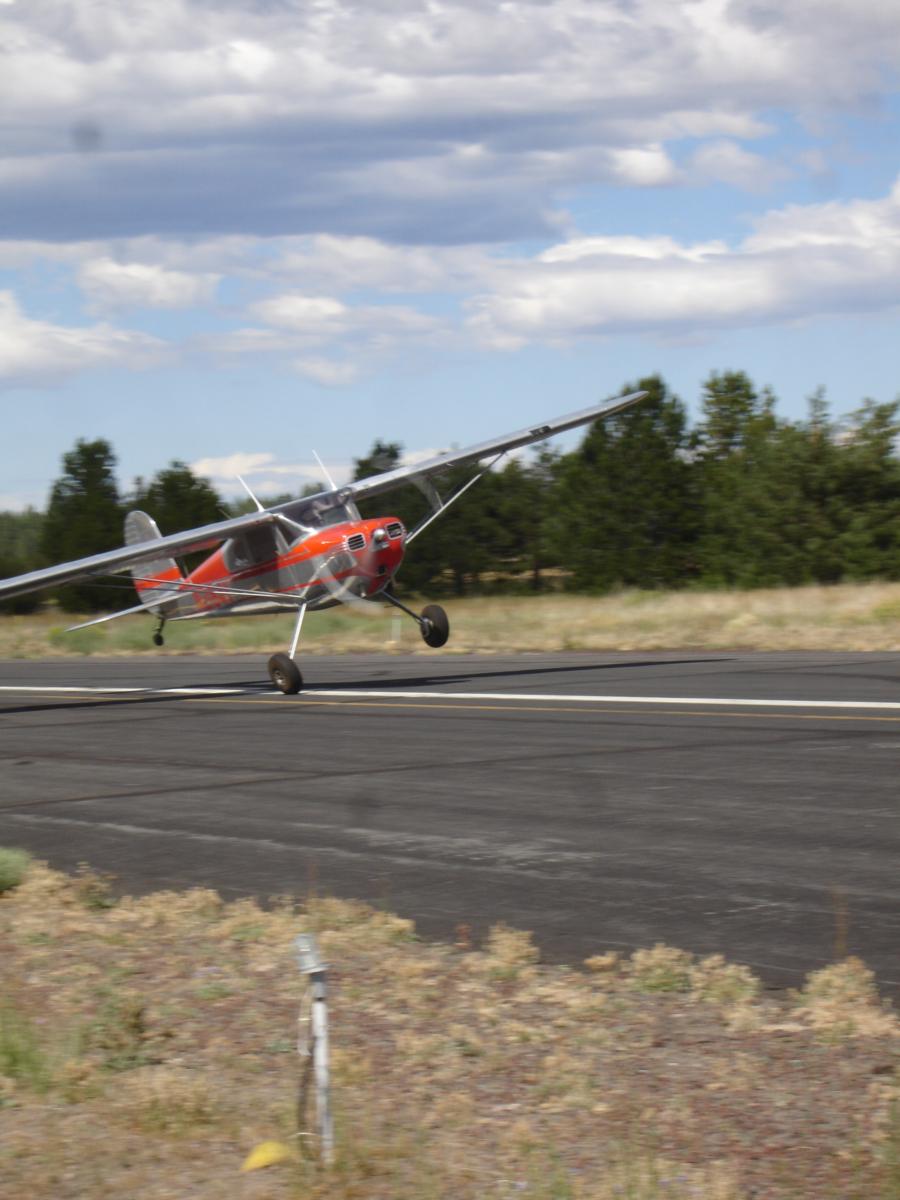 But let’s say that there were no existing techniques of flight training or commonly accepted practices.  Would I teach the landing pattern the way it is currently taught?  Yes, I would.  It’s reasonable to teach a new pilot to fly a downwind leg at pattern altitude and to turn base at a given angle from the point of intended touchdown.  I particularly like using the “key” position as a point at which we make a lot of decisions about our accuracy.  Some of the best advice my first CFI boss, Terry Weathers, ever gave me was to give the student some parameters on which he could “hang his hat” while learning this new skill.  HOWEVER, once that technique was working, I’d immediately wean my students from it and start teaching them to round out the corners and change to a circling approach.  I’d also teach them that a “pattern altitude” will not help you if you do not know the elevation of the point of intended landing.  And THAT is one of my motivations for teaching circles and angles.

What are “Circles and Angles?”  “Circles” refers to the spiraling approach we will make as we glide down to the point of intended landing. We circle right over the runway on which we intend to land.  Each circle has one segment that is right over the runway on an upwind leg. “Angles” refers to the angle from the airplane to the point of intended touchdown.  It can remain the same, regardless of altitude.  The angle to the runway is far more dependable than any pattern altitude.  Theoretically, the circles we fly could resemble a funnel like the one in which we drop coins and watch them spiral down to the bottom.   As we descend in a similar spiral, each circle would get smaller as we maintained the angle to the point of intended touchdown.  In reality, I teach this technique with similar sized circles.  Even the first circle, high above the airport is roughly the same size as the last one down at about five hundred feet above the field.  I do that so that we get more circles and thus more and better practice at the technique.

In the currently accepted method of flight instruction every student is taught to fly his pattern at “pattern altitude”.  Every airport has its published pattern altitude, usually 800 to 1000 feet above the surface.  That student is also taught to fly his downwind leg a certain distance away from the runway.  They are almost never taught to fly at the resulting angle from the runway.  My point is that the angle never changes, regardless of altitude. The only factors that change the angle are the glide ratio of the airplane you are flying and the wind.   If you are lower but maintain the angle, you will fly closer and your turn from downwind to final will have to be tighter.  The lower you are, the tighter that turn will have to be.  If we are spiraling down to the runway, maintaining that angle, it will be obvious to us when we should make the last turn to a landing.  There are several reasons I like this approach, but there is one that stands out and makes it well worth mastering:  If you are cruising along cross country, have an engine failure and spot a nice, but relatively short spot in which to land, how would you know what the pattern altitude is for that nice little spot?  You don’t know what the field elevation is.  Flying circles and angles will be the foolproof method to glide to a safe, accurate landing in that field.  Everyone who has flown with me or read my articles knows how fond I am of that metaphor of the chicken coming home to roost.  Well, here’s the chicken who is so important to the practice of the circling approach:  Everyone who has taken my master class or tailwheel endorsement course is familiar with one maneuver.  That’s the one where we learn how much altitude we lose in a power-off three-sixty.   Everyone learns that the steeply banked, slow coordinated turn is the one which loses an amazingly small amount of altitude.  They learn that lesson at altitude, but if they take that knowledge and apply it to the last turn of the circling approach, they realize that they can be a lot lower than they thought as they pass through the downwind leg.  This knowledge and the skill that comes from practice can really save their bacon in the event of an engine failure followed by a power-off accuracy approach to a landing spot of an unknown altitude.

Hear that flapping?  I love that chicken.

Next week I’m going to reminisce a bit about one of my fondest memories of a flight with one of my favorite flyers.  Until then,