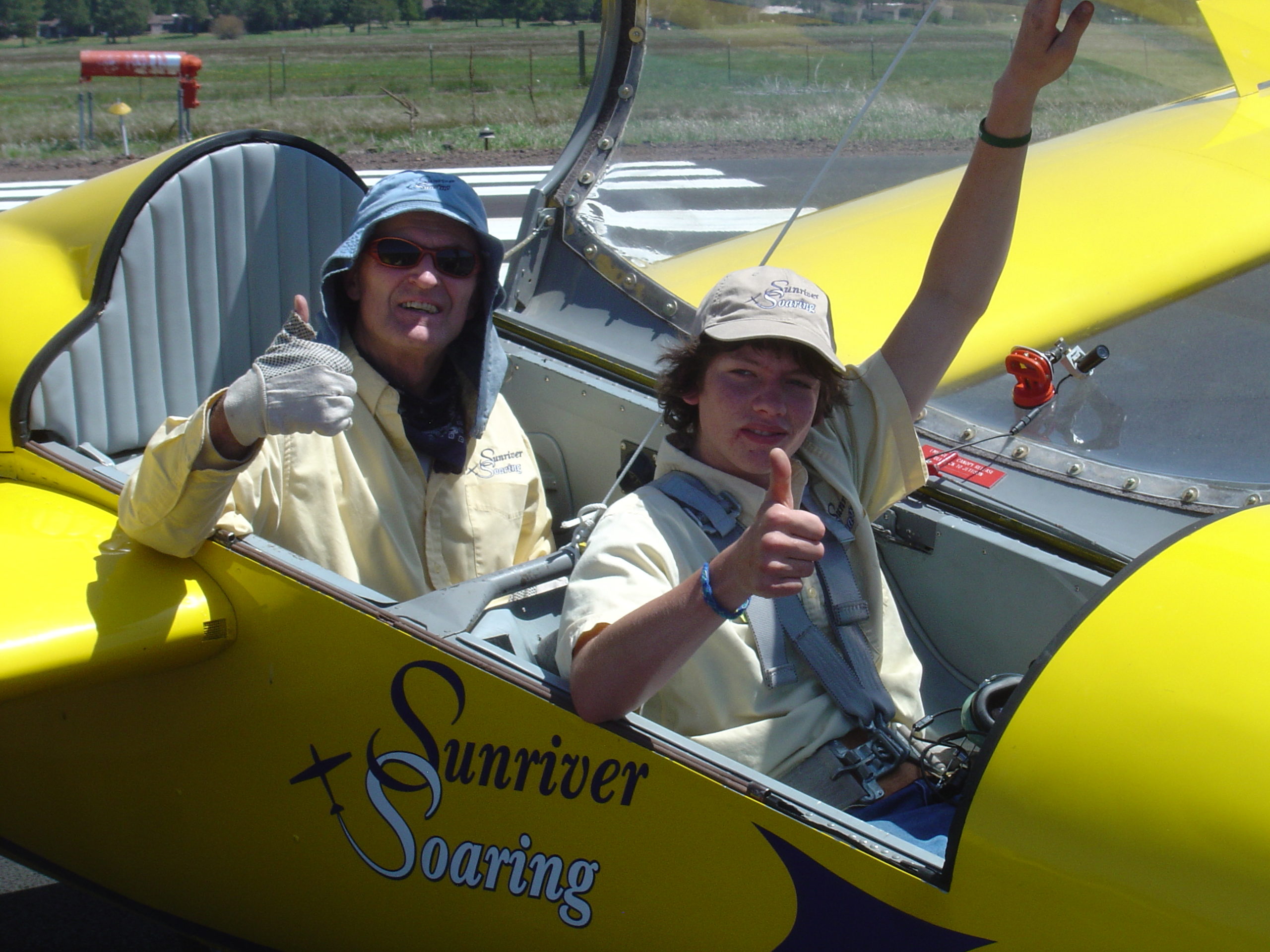 Hooper and Dale in the 2-32, Hooper has proven to be a gifted pilot. Dale has been a great instructor for him.

I’ve often said that Steve Oliver is the smartest aviator I know. Perhaps that’s why when Steve mentioned the most memorable flight he’d ever had, I listened.  I’d never thought about it before, but the flight that had meant so much to Steve was the flight he’d made when Jessie Woods 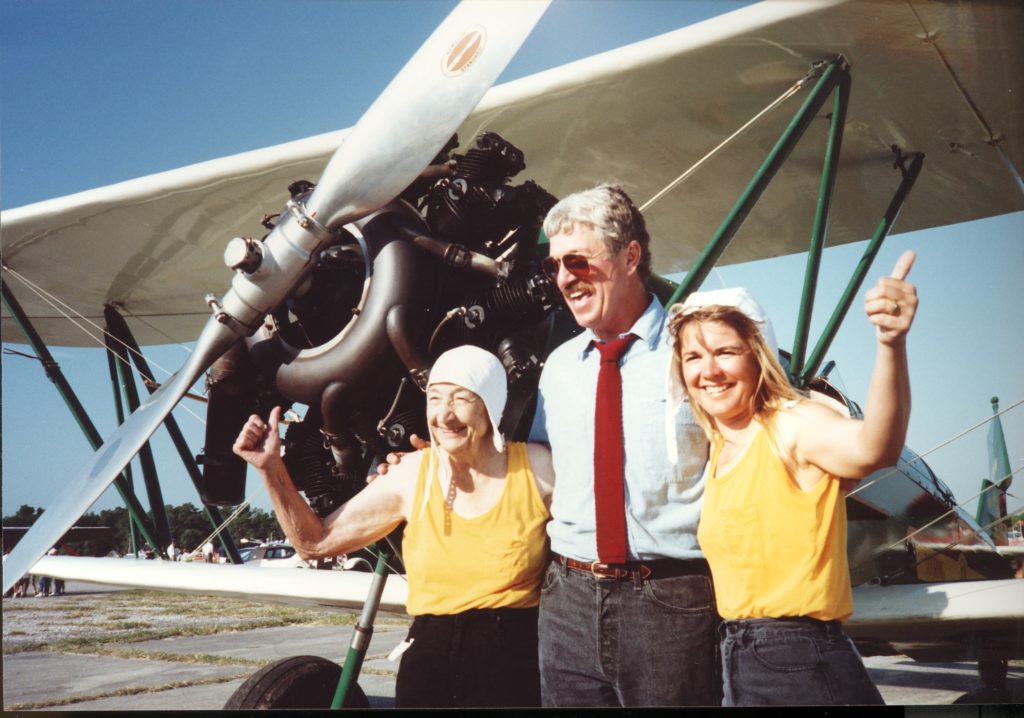 After the historic ride, Jessie, Steve and Suzanne with the New Standard Biplane

was making her last wing ride.  That flight was featured on the Tailwheelersjournal.com.  Steve’s wife, Suzanne, was performing as “ballast” to even the load on that long-winged biplane.  Her perch was way out on the left wing while Jessie rode the right wing closer to the fuselage. 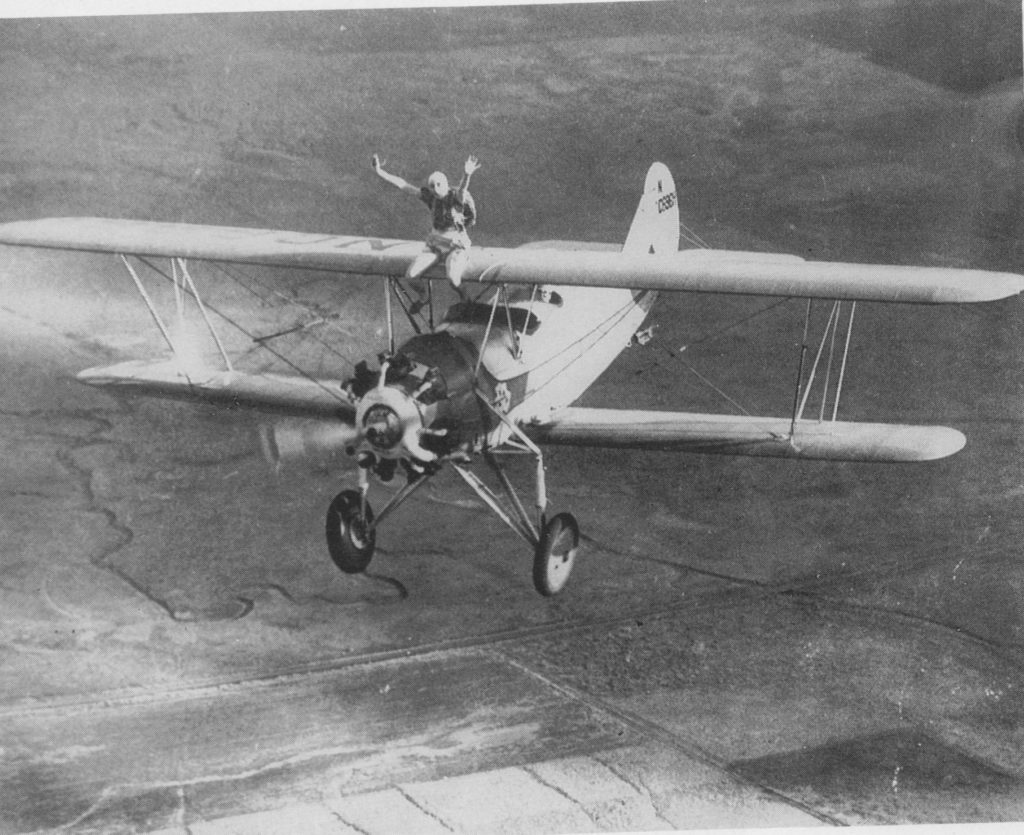 Jessie wing riding in the 20’s 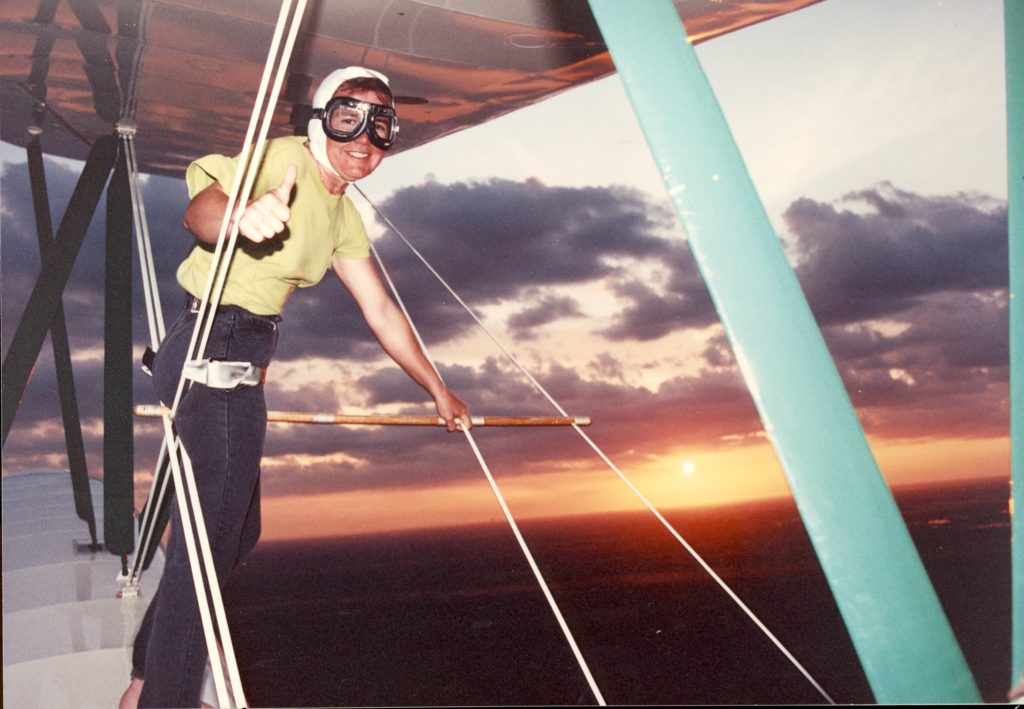 Steve’s wife, Suzanne, was performing as “ballast” to even the load on that long-winged biplane.

I rode in the front cockpit with both still and motion picture cameras. Later, Bert Garrison would help me flesh the story out for the video we did.  The story is on the Tailwheelers Journal.com. and is one of my favorites. But ol’ Steve had gotten me to thinking. I realized that I’d had such a flight myself.

Back when I ran Sunriver Soaring, my daughter Janet had not gotten the flying bug yet (she’s now a post solo student) 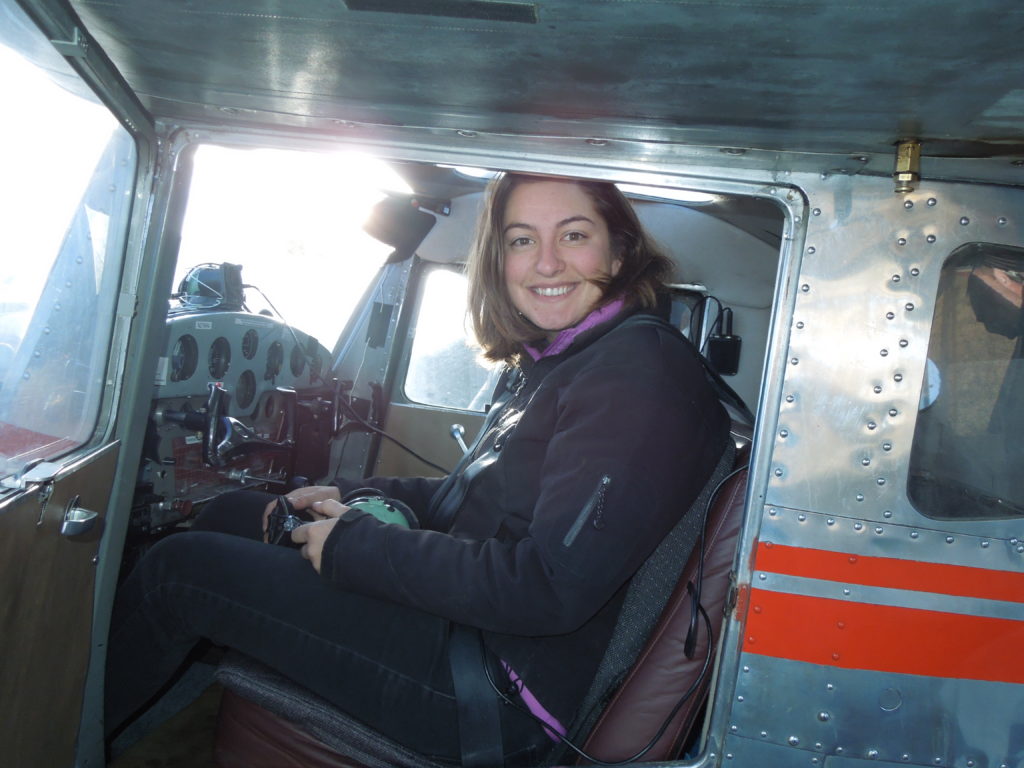 My Daughter, Janet, in the cockpit of my old C140.  She’s now soloed in a C 172 and has a tailwheel endorsement from the PA12

but my son, Hooper, loved to fly and already showed a lot of talent. I’d arranged for him to take flying lessons in a glider from Dale Masters, who was a great glider pilot and who had written a wonderful book called “Soaring: Beyond the Basics”. Dale and Hooper flew the Rosenberg’s lovely 2-33 and very soon Hooper was ready to solo.  The importance of Hooper’s first solo didn’t hit me until I taxied out in the Piper Pawnee to tow him aloft. 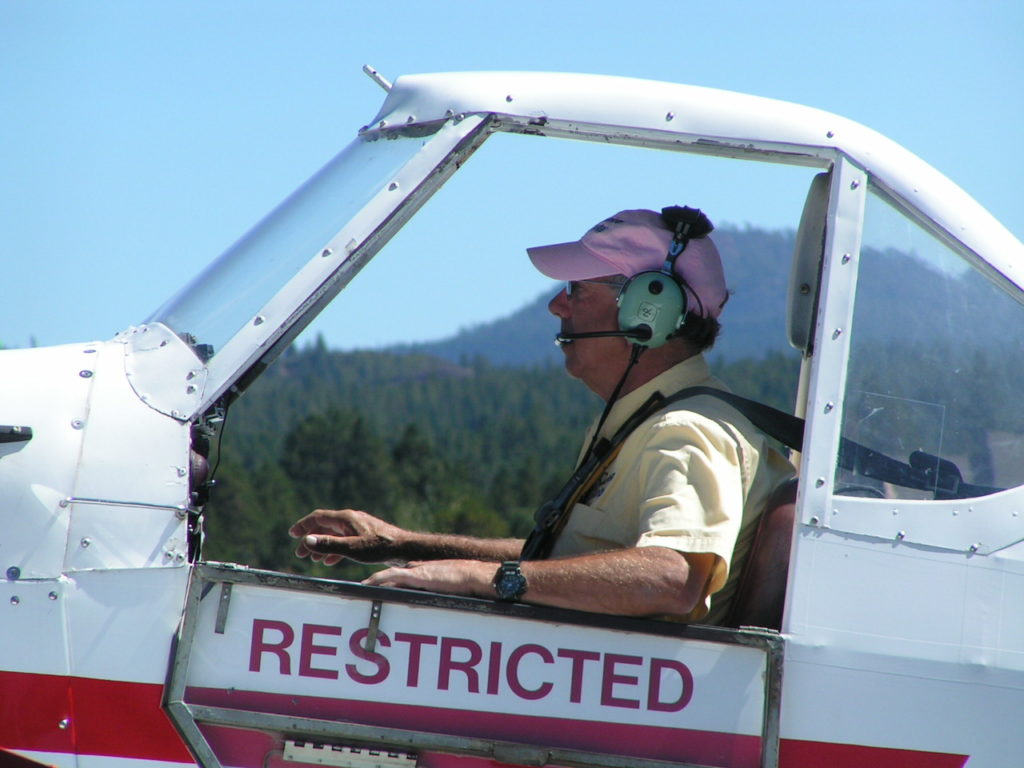 The importance of Hooper’s first solo didn’t hit me until I taxied out in the Piper Pawnee to tow him aloft.

Holy crap, that was my boy all by himself in that glider at one end of that 200 feet of tow rope.  And I was at the other end!  I have never flown so smoothly.  I didn’t even chat with Hooper as we went up to altitude.  I just didn’t want to create any distractions for him.  At release, we normally brought the tow plane around and formed up on the right side of the glider.  I didn’t do that this time.  Instead, I simply keyed the mike and said, “Have a good flight”.  His reply was relaxed and instant: “You’re damned right!” my boy replied.

Later, I landed and parked the Pawnee.  Then Dale and I visited at the runway and watched as Hooper flew his first solo.  Dale and Hooper had done a great job and the flight went smoothly and well.  My part of it was understandably minor and my efforts to be smooth were totally unimportant.  But the flight remains as one of my most unforgettable. 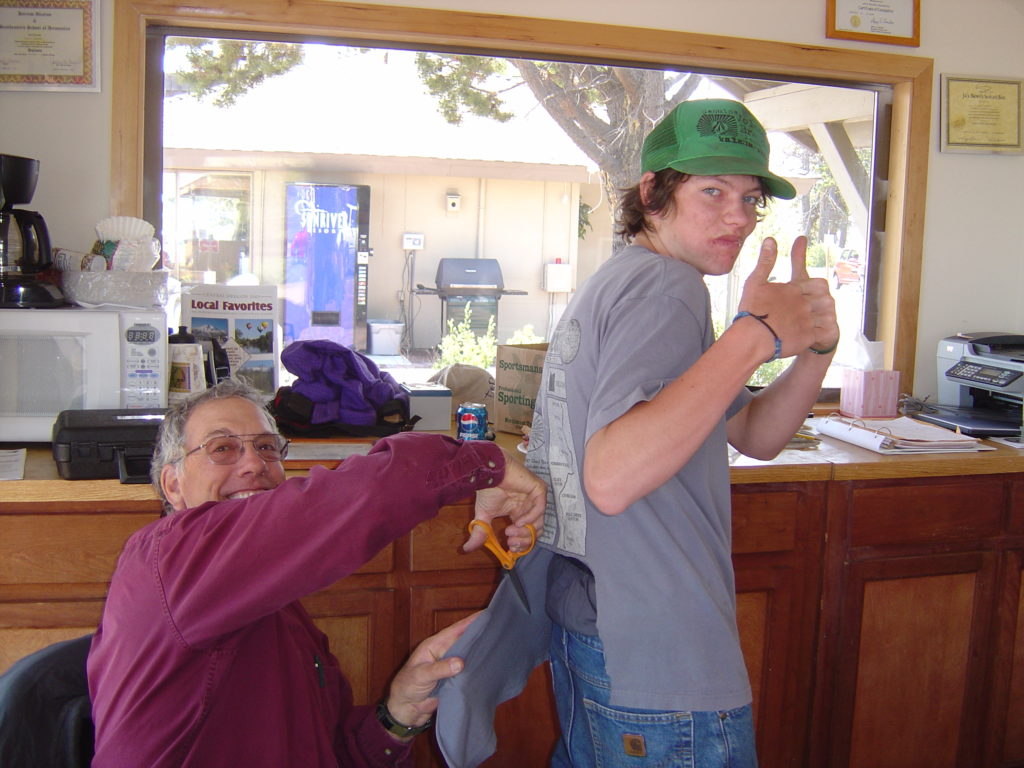