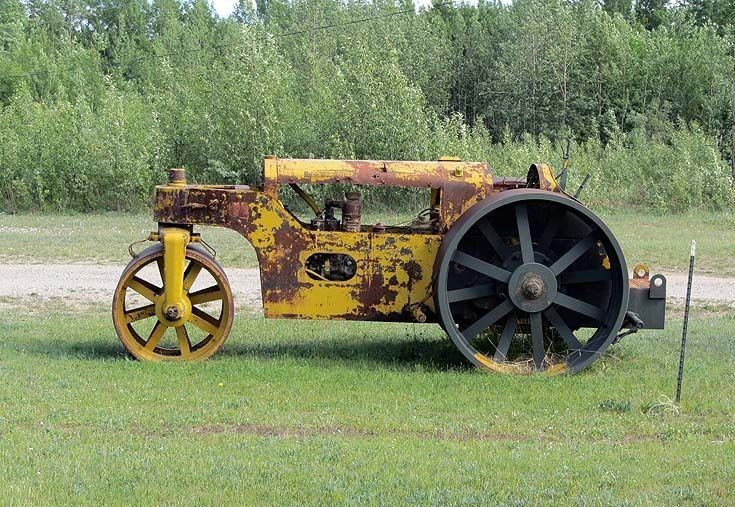 Lots of people call them “Steamrollers”.  That’s pretty ridiculous.  There haven’t been steamrollers in use for decades.  Still, the moniker has often lingered.  This one certainly wasn’t a “steamroller”.  But it sure was a roller.  And it sat right in the middle of the lovely little dirt runway.  Why it was there was a question that would bug me for a couple of days.

You see, I had a student with whom I wanted to do some quality instruction.  She was an interesting person who’d found me on the internet.  Her 182 was undergoing an engine overhaul.  She was accustomed to staying current by flying about once a week, so she decided to get some tailwheel time with me in the Super Cub.

That morning before I even crawled out of bed I sent an email to the family that owned the nearby dirt strip.  I didn’t know them well.  I’d given some dual to the son and found out that his dad had taught him to fly.  He’d done a good job.  Both father and son were very skookum aviators and I liked them both.  I’d received permission from them to land on their strip from time to time, but I didn’t like to overdo it.  I emailed to let them know I was planning on coming over in an airplane that they didn’t recognize as mine.  I just wanted to give them a heads up. And I told them that I hoped it was okay.  They didn’t have a lot of time to answer and by the time I left for the airport to meet my student, I hadn’t heard back from them.

I told my student that I had a special treat for her and we launched for the private strip.  My plan was to give her a simulated engine failure well above the strip so that she could practice a circling overhead approach.  This is one of my favorite maneuvers and really helps someone develop their accuracy and to develop a technique that could really save their bacon in the event of an engine failure.

Once she had the field in site, I failed the engine and she bee-lined for her circling point above the approach end of the runway.  Then I saw the roller.  It was chugging down the runway and wasn’t quite halfway down the strip.  I just figured that it would probably exit at some point and saw no need to break off our practice.

But as our circles brought us lower, I could see the roller come to a stop.  As we got down to the last circle or so, I changed the game plan and we simply did a low approach.  As we swooped past the roller I could see that there was no longer anyone in it.

I was puzzled, but we did a couple more approaches and headed for home.

Later that day I was on the phone with my pal, Bert.  I recounted what had happened with my email and the roller on the runway.

“Well”, Bert surmised.  “I can see two scenarios to explain it.  In the first one, someone at the strip read the email and said, ‘Brian’s coming to use the strip.  Let’s get the roller out there and make it nice and smooth for him’.  Then, the roller broke down and they had to abandon it on the runway”.

“But in the second scenario, they get your email and someone says, ‘that jerk is coming to use our strip.  Let’s put the roller out there so he can’t land!’ “

After my conversation with Bert, I was feeling just a bit low.  Was it possible that the roller was a symbol of someone’s low regard for me and that I wasn’t as tight with those nice folks as I thought I was?  I have to admit that I was a bit concerned.

Two days later I got an email from the son: “Sorry I don’t check my e mail very often….  The roller was broken down on the runway so that might be the next maneuver you will have to incorporate in your tailwheel class… “landing around a roller”. Have fun flying! “

I breathed a sigh of relief.  I wasn’t the pariah I feared I’d become.  And I now had a new maneuver in my bag o’ tricks:  “Landing Around a Roller”!