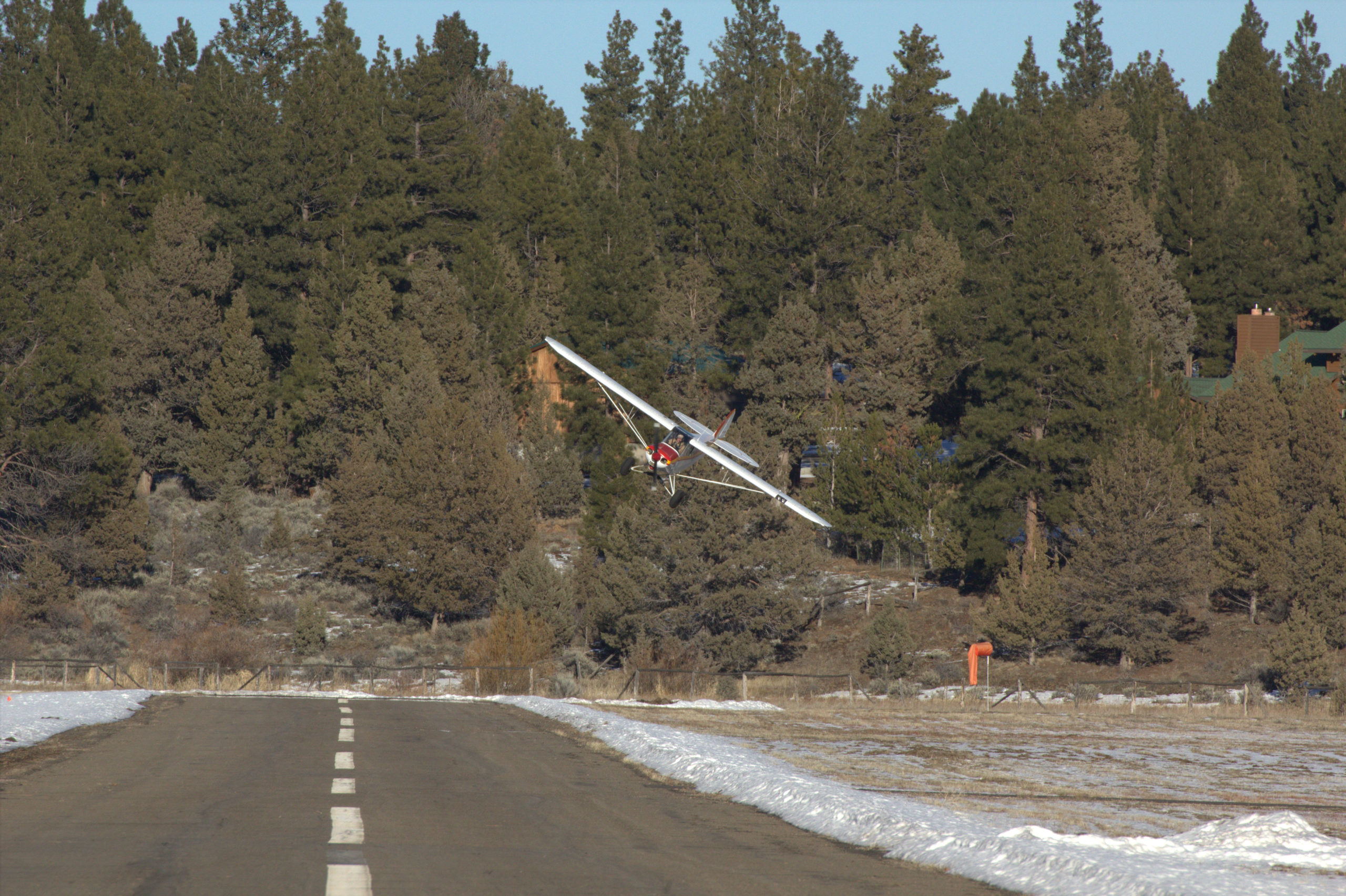 If you’ve read “Brian’s Flying Book”, you’ve read this statement:  “There’s an old wheeze that the key to a good landing is a good approach.  I don’t buy that theory.  I want every pilot to make a good landing out of ANY approach and the shorter the better”.

It’s extremely important to understand that the competent pilot is normally able to conduct virtually any operation in virtually any manner.  That means that a good pilot can easily fly a stabilized approach and can, with equal ease, fly a no-powered short approach to a pretty accurate landing.

With a few exceptions, I don’t teach the stabilized approach at Tailwheel Town.  Virtually every student, even primaries, learns to do a relatively close, short approach and our default approach involves closing the throttle abeam the “numbers” on downwind and not extending flaps until short final.  That way, we are constantly practicing the same type of approach we would make in an emergency with an engine failure.

Most flying schools fly a much larger pattern.  They also teach a gradual power reduction that doesn’t result in a completely closed throttle until the flare to a landing.  These schools teach a “Stabilized Approach” as a default technique.  The resulting final is nice and long, takes forever and is so easy that I believe we could teach it to a chimp (who, by the way, doesn’t have to have his boom microphone so close ‘cause he’s got… wait for it… “Chimp-lips[1]”!).

Even a fellow CFI and graduate of Tailwheel Town’s Tailwheel Endorsement course, failed to suppress a “Holy Crap!” as one of my students swooped in to a close and low downwind with him in the right seat, then cranked the airplane around to swoop into a short approach to final.  We’re still trying to figure out how to get his fingernail gouges out of the upholstery.

It also gives the flyer a much higher chance of success at the landing and that landing is assured much further out. That’s why I teach the stabilized approach to spouses and others taking what is usually referred to as a “Pinch Hitter” course.   If one of our Tailwheel Town flyers louses up an approach, the subsequent go-around may have to be attempted with much less preparation.  Even Ray Charles can see that there is a place for each of these approaches.  But if you have only flown the stabilized approach, you’re really gonna need to put another one in your bag o’ tricks!  If you suddenly decide to try a short approach the way we do it, you may come to grief.  There needs to be a nice, safe way to gradually learn to do the “Flying Squirrel Flying Academy” swooping approach.

I’m a big believer in gradually increasing degree of difficulty so that the learning process is nice and smooth.  Wanna start learning to do that approach the Tailwheel Town way?  Start by closing the throttle sooner. Go ahead and do the gradual flap extension that you were taught at Acme.  We’ll just start with power.  Eventually, you’ll be closing the throttle abeam the numbers and accurately landing on the Touchdown Zone or whatever you’ve chosen as your target.  Next, try keeping your paws off that flap handle until you’re on final.  That way, the airplane will glide the furthest and you won’t be putting the flaps down until you actually need them to decrease the touchdown speed.  We’re going to assume that there is no obstacle to clear.

There!  Now you’re doing the Tailwheel Town (or “Flying Squirrel Flying Academy” landing) and you’ll be much better equipped to handle a real engine failure. You’ll be tying down when some guy in the pattern asks if you’ve cleared the active yet.  Oh, and you might even feel like shelving that stabilized approach except for the occasional practice!

[1] “Chimp-lips” refers to the act of extending one’s lips so as to be able to touch the microphone.  It is a common habit among some civil and military pilots in order to assure good microphone placements.  It also tends to cause the practitioner to resemble a chimp.