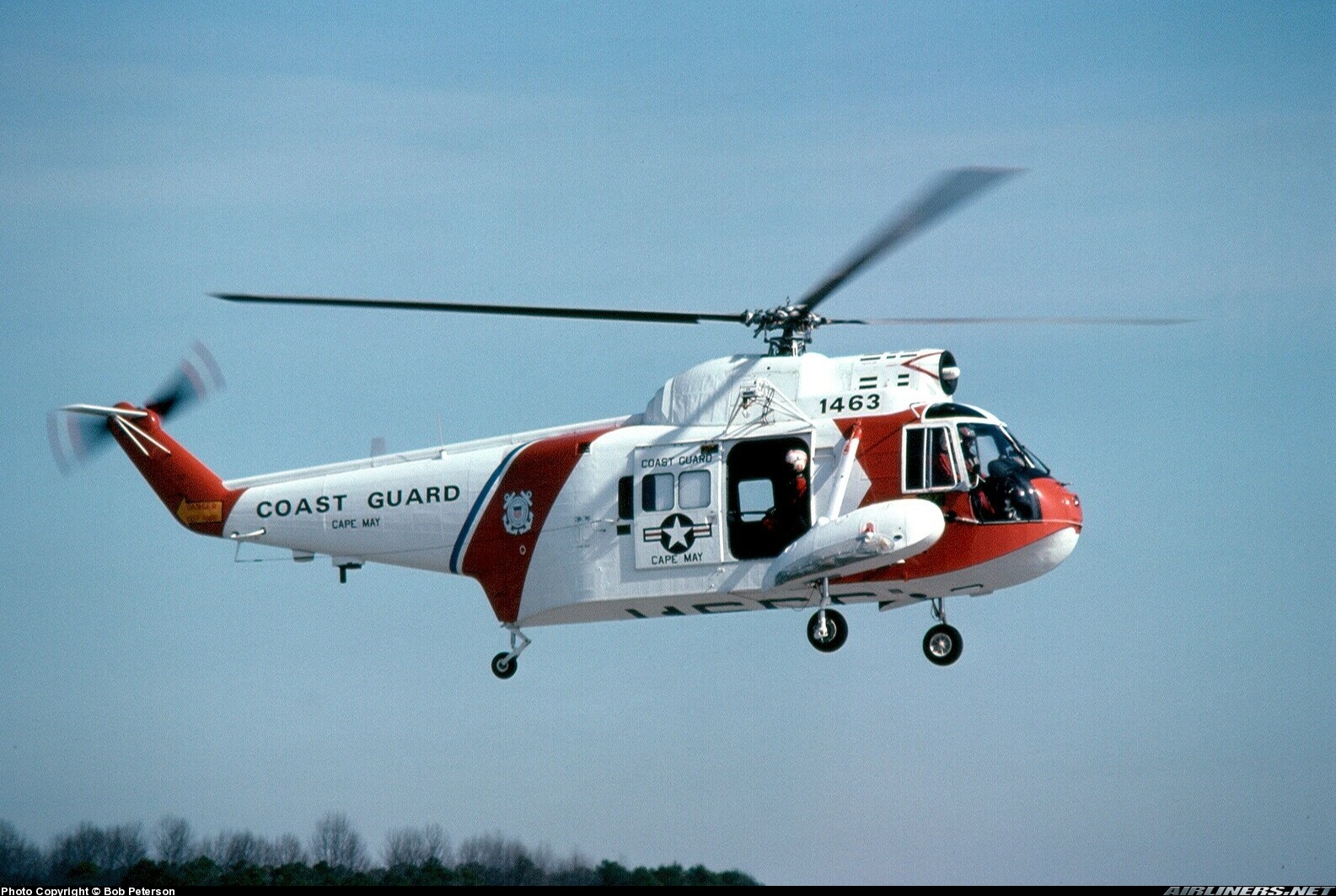 As I look back on them, these may very well have been the best years of my life in some ways.  I learned a lot of lessons during my four years in the military.  This is the story of one of those lessons.

I had barely avoided the draft and stayed out of the swamps of Viet Nam by joining the Draft Dodgers’ Yacht Club, AKA the U.S. Coast Guard.  After a wasted year teaching 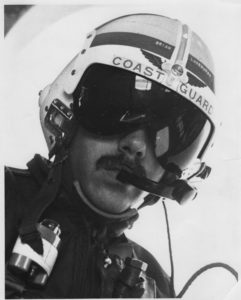 rifle-slinging to recruits, I’d finally gotten a berth at an “A” school and was a third class Aviation Electrician’s mate.  As an “Airdale” I checked out in all three aircraft at my duty station of San Francisco.  They were the C-130, where I performed the rather boring chore of “Scanner”, the HU-16 Albatross, with its slobbering round engines and ability to land in water, and my favorite, the HH52A Sikorsky Helicopter.  That latter was the best duty for an enlisted man.  From time to time we got to fly as co-pilot and even get a little stick time.  But our main job was to man the hoist in the open side door and bring grateful and usually waterlogged victims aboard.  It was the meat of Coast Guard duty, that of lifesaving.  But it wasn’t always so noble.

We weren’t the only Coast Guard Units charged with plucking victims from the sea.  A

fleet of Coast Guard Cutters did the same job.  Invariably, there arose a bit of competition between the “Airdales” and the “Blackshoes”.  We had the advantage.  The lumbering amphibious helicopter could usually get to the scene of an accident first.  We’d  be the heroes who plucked the victims from the water.  The patrol boat, often a forty-footer would be relegated to towing the wreckage or the half-sunken sailboat, to port.  We Airdales would be showered with thanks and praise, while the poor schmucks in the boat would arrive in port to little or absolutely no celebration.

I remember one case in particular.  It was in San Francisco Bay, so it’s not like anyone had to battle the waves of the open sea to arrive on scene.  A guy had overturned his 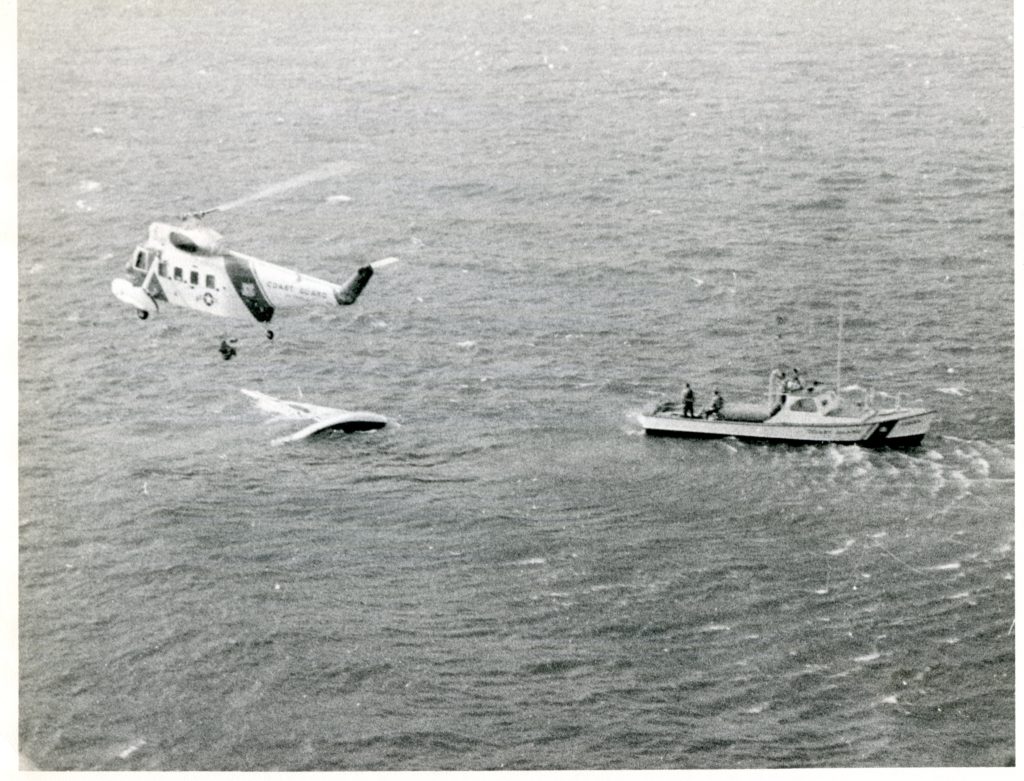 The soaking victim can be seen being hoisted in the basket while his boat lays foundered in the water.  You can’t see the looks of disgust on the part of the boat crew!

sailboat.  It was foundering in the water and so was he.  The water was cold and he was growing hypothermic and fatigued.  We arrived on the scene about the same time a “forty-boat” from a nearby lifesaving station did.  Our pilot tried to contact the boat on the radio, but had no luck on any frequency.  We had some equipment for just such problem.  I broke out the big chalk board and wrote “Need help?” in big letters.  I showed it to the boat below as we hovered alongside.  The pilot was watching the horizon, and depended on me to be his eyes on altitude and position.  The coxswain of the forty-boat read my sign, then scowled and raised his hand with one finger extended.  There was no mistaking the fact that he preferred that we mind our own business and leave him to this rescue.  I relayed his reply to the aircraft commander:  “He wants us to pick up the guy in the water,” I said to the pilot.

Down we swooped and, with well-practiced competence, dropped the rescue basket alongside the victim.  He scampered into it, we hoisted him into the helicopter and swooped off to the warmth of the Coast Guard Air Station.  We left the forty-boat to drag the foundered sailboat back to the marina.  As we departed, I could see the boat crew jumping up and down with anger.  I smirked and soliticitously covered our victim with a nice warm woolen blanket.

There was a relationship between the Coast Guard and the Sikorsky Company, which manufactured our helicopters.  The Coast Guard at that time was firmly convinced

that they had to have a boat hull on their helicopter.  Sikorsky specialized in boat-hulled helicopters.  And founder Igor Sikorsky had long held the belief in the special nobility of the helicopter, since it was so well-equipped to rescue those who had crashed, were shot down, or just otherwise in need of rescue.

Ol’ Igor thought that the mission of life saving was SO important a part of the work of his birds that he’d established a special award for those who piloted or crewed Sikorsky helicopters during their rescue missions.  It was called “The Winged S” award and it was a coveted award bestowed on ‘Copter crews.  I’d never received one.  I really hadn’t given it a lot of thought.  The work itself was its own reward, as far as I was concerned, so I really wasn’t lusting after a Winged S.

Imagine my surprise when at an all-hands formation, I was called up and presented with a lovely, framed Winged S award, complete with Igor Sikorsky’s signature.  The award didn’t state anything about why I’d been so honored, but it did state the date on which I’d performed so heroically.  As I received the award, shook hands with the CO, then saluted smartly and returned to the ranks, I was just dying to figure out what this heroic deed was.

As soon as I got back to the barracks, I pulled out my little logbook of flights and quickly flipped to the date that was listed on the award.  There it was.  It seemed that on the day that coxswain flipped me off, I was performing so heroically that I was awarded an winged S.  Gee I felt like I shoulda shared it with that finger-waving sailor!  Nah. 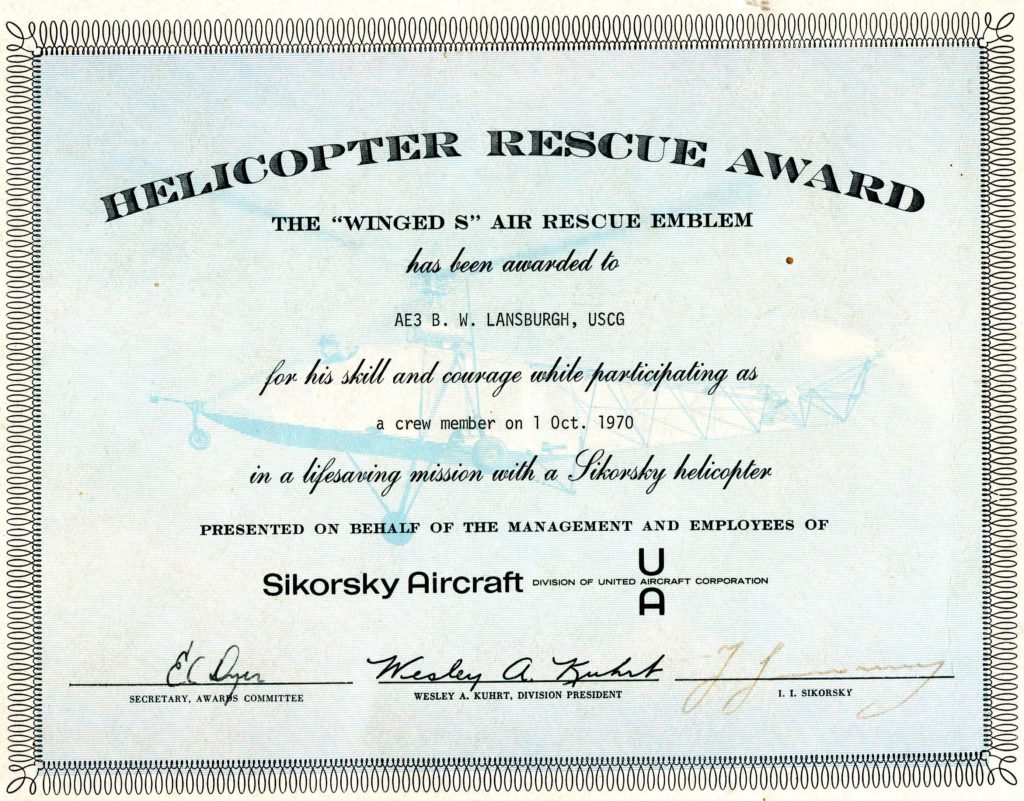 My “winged S” award, complete with Igor Sikorsky’s rubber-stamped signature on the right.

I guess I learned something that has held my ego in check ever since that day:  One man’s thievery is another man’s heroism.  Or, don’t take the “Winged S” TOO seriously!