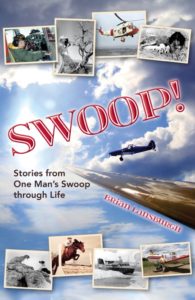 Brian Lansburgh is the founder of The Tailwheeler’s Journal. He was previously Sunriver Soaring’s manager and pilot and ran the Sunriver Airport for a while. Before coming to central Oregon, Brian was a pilot for L3 Wescam, a job that kept him flying camera planes all over the US and Canada. His duties for Wescam ranged from providing aerial coverage of Monday Night Football to serving as a surrogate Predator UAV during war games at the Naval Air Station in Fallon, Nevada. He honed his flying skill during fourteen years as a comedy stunt pilot in the air show business and when he is not flying towplanes or gliders, teaches flying in a tailwheel Piper.