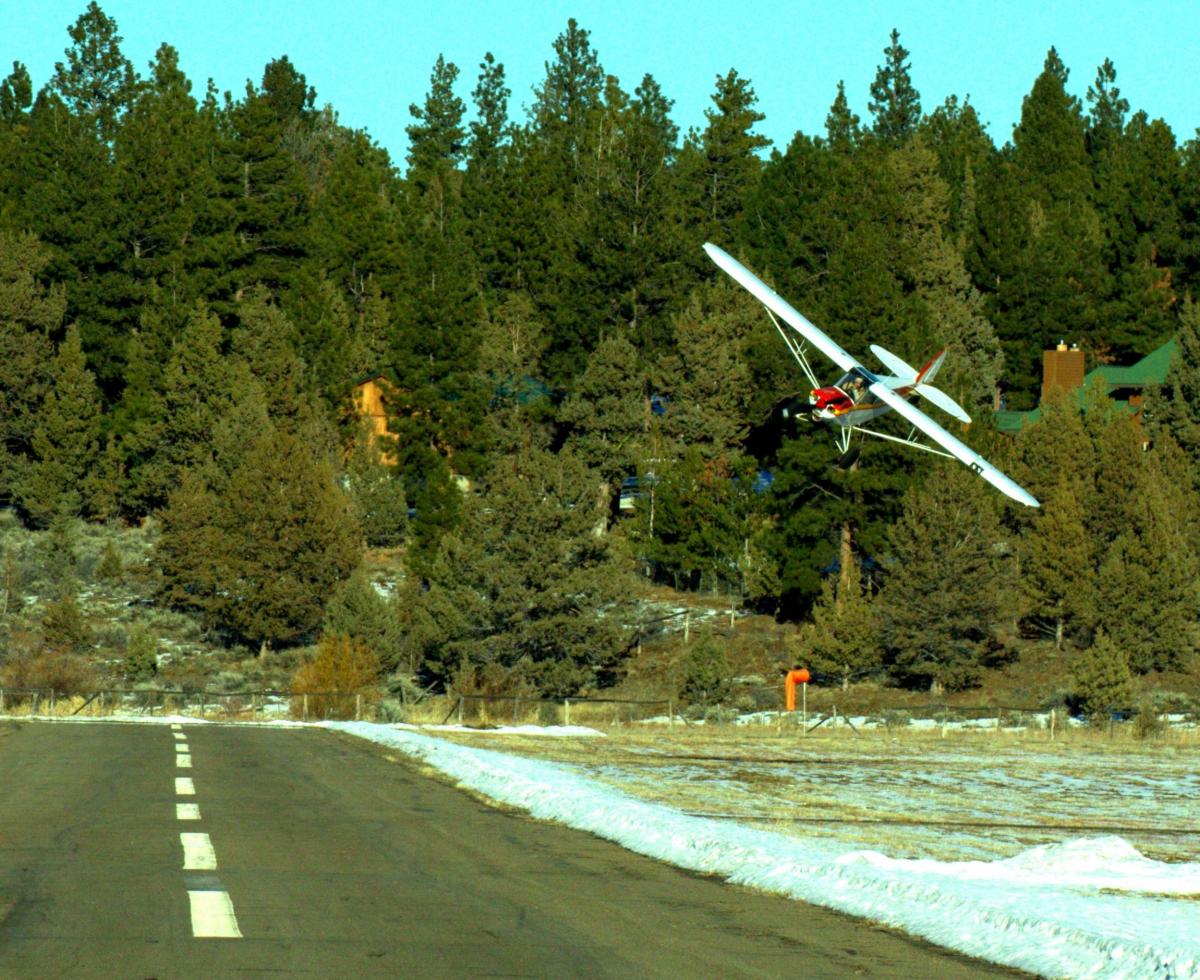 There are a bunch of pilots who can be spotted on various airports.  These particular pilots have two things in common:  They all tend to walk around with their chins touching their chests.  They are all also current or former students of mine.  Why do they have that peculiar posture?  Because they are constantly being told, “keep your nose down”.

There’s another thing these fliers have in common:  They are all accustomed to a whole lot more landings and takeoffs while in a touch and go pattern than virtually any other pilots in any other training system.

I thought it might be useful to describe the type of training that results in these added “reps”.  I think it’s important.  After all, if we get better with practice, then it figures that the more practice we get, the better we will get and anything that creates a favorable atmosphere for increased practice may be something worth learning about.

The average pilot in a touch and go pattern will make one landing and takeoff for every six minutes of flight time.  There’s a reason that the circuit requires that much time. The student is taught to climb out straight ahead until reaching a particular altitude.  Then he is taught to claw for altitude so that he is at “pattern altitude” on downwind.  The pattern must be large enough to allow the flier to reach that pattern altitude and lots of the trainers we fly just don’t have the power to achieve that altitude without that big pattern.

My students, on the other hand, are taught to make their crosswind turn at the departure end of the runway.  Then, they are taught to eschew pattern altitude and instead get to the corner where they will turn base just as quickly as possible.  On their way to that corner, they may not get any higher than about 400 feet off the ground.  But because they previously practiced the minimum-altitude- loss-power-off-360, they know that they can do a 180 in about 300 feet. That means that they can suffer an engine failure during that low-level downwind and swoop for a landing.  They learn that the longer they wait to make that swoop, the slower they will get and the harder it will be.  They need to constantly be thinking about that possibility. Their instructor will make sure they get the  opportunity to practice that engine failure and subsequent swoop from time to time. They are also taught that the most important factor in this procedure is to have a “place to go” at all times when in this pattern.  Since we fly angles instead of pattern altitudes, that means that they are almost always within gliding distance to a runway or taxiway while flying this abbreviated pattern simply because they are closer.  Because they are closer to the runway, their turns from the downwind, through base and to final will require a steeper bank in order to avoid overshooting the final approach course.  They learn that the steepness of their bank does not increase their stall speed… “G” force does.  So they are taught to use elevator properly in order to control the airspeed at which their airplane will stall.  They are also taught the importance of coordination during high-G turns.  They are taught that the stall is only half the reason for a spin… that a skid is the other half of the equation and that many pilots tend to skid their turns to final.  If these fliers hear “keep your nose down” a lot, they hear “DON”T SKID” even more.  And they have all had inadvertent spin training.

These fliers are also cautioned that the vast majority of pilots will have been trained by the Acme School and will fly a much higher and bigger pattern.  They are taught to live with that fact of life and not let their different pattern mess with the minds of other pilots lest safety be compromised.

By simply flying this smaller pattern, these pilots are doubling or tripling the number of landings and takeoffs they get per hour of flight time.  But we’re not done messing with them. (see “#39 Ripping off the Students”).

Once these fliers have reached a certain level of competence, they will be introduced to the multiple landing.  Here’s how it works:  Once they touch down, they open the throttle for the “go”.  But instead of climbing out to continue the pattern, they stop their climb at five feet and allow the airplane to accelerate a bit.  Then they reduce the power to idle once more and execute another landing.  After that touchdown they continue the pattern.  That little procedure just doubled their number of landings AND greatly increased their ability to control the airplane during the landing operation while close to the ground.  So now, the guy who already had at least twice the number of landings and takeoffs compared to his conventionally trained colleagues has increased his number so that he now has FOUR TIMES the number of “reps.  But we’re still not done.  The student is introduced to multiple landings by being taught to simply grab one additional landing and takeoff.  But a truly proficient pilot can often execute up to FIVE landings and takeoffs in one circuit!  Our student can actually achieve TEN TIMES the landings and takeoffs of his buddy at Acme AND has practiced a far greater level of proficiency while doing it.

Holy cow!  I need to increase my rates!

And now a parting word.  I tend to teach at a couple of airports where I am often the only airplane in the pattern or one of just a couple. The technique I have just described will absolutely piss off the majority of conventional flight instructors and their students if you’re in the pattern with them.  For one thing, some of them will be convinced that a pilot using that technique will have “cut them off” in the pattern.  Don’t try to change them.  It’s futile.  If this technique works for you at a sparsely used airport, don’t insist upon using it at a busy one.  You’ll just make a lot of enemies.

And of all the maneuvers I teach, this one is virtually guaranteed to result in…