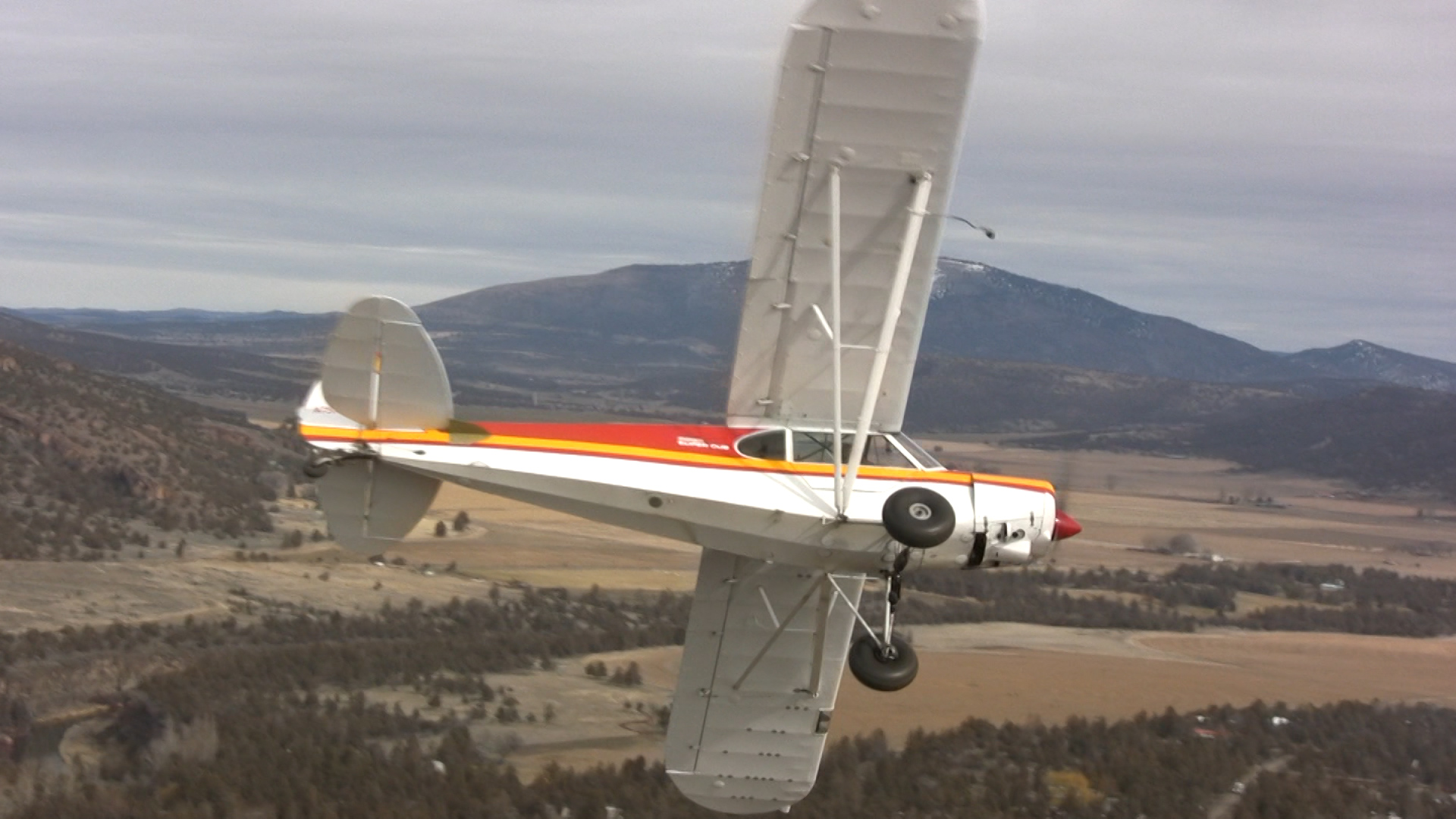 What comes to your mind when you think of the word, “Lurking”?  Probably a burglar, lurking in the shadows, or someone generally up to no good.  Skydivers use the term to describe a freefall relative worker, hanging outside a formation, ready to swoop in and close.  From time to time, I’ve had a reason to lurk in a light airplane.  Perhaps I needed to land and was number two, so I slowed down and lurked close to the runway.  As soon as the runway was clear, I swooped in and landed in as little time as possible.  Or maybe I was on a photo flight and waiting for the other plane to take off.  I’d keep him in sight, maintaining an altitude advantage, then I’d swoop in and form up on him.

In a different article, yet to be posted in the Journal, I wrote about a time when I was on my way back from “Drake’s Cave” in the Super Cub and decided to swoop into Sunriver.  Unfortunately, my radio quit and there was a guy taxiing for takeoff.  He didn’t know I was there and I didn’t want to take all day to do my little touch and go.  So I lurked, waiting until the guy started his takeoff run.  Then I swooped in and landed right behind him, using as little time as possible and proving the value of the practice of “lurking”.

Have you noticed that air traffic controllers will sometimes ask you to execute a 360, usually on downwind, in order to provide additional separation from the guy in front of you.  The reason they don’t simply ask you to slow down or to “lurk” is that it’s assumed that most pilots can’t slow down.  They’ll hurtle to the ground out of control if they do anything but keep on blasting along at cruise or approach speed.  A three sixty is far safer.  Not for MY students.  Why should you turn your back on traffic and the airport when you can simply slow down?

It occurs to me that perhaps “lurking” is a skill that more pilots should develop.  So I’ve developed a game which we can play in order to practice this operation.  We fly the airplane close to the approach end of the runway.  We make sure that our altitude will enable us to glide to a safe landing in the event of engine failure and we also keep an eye out for traffic and stay in an area where no conflicting traffic will venture.  The pilot may circle, S Turn or perform any other maneuver that will keep him roughly the same distance from the runway.  On a cue from the instructor or second pilot, he swoops in for a landing.  The objective is to touch down in as little time as possible.  Obviously, the guy calling “Go” will wait until the airplane is in its worst position, with its tail to the runway.

From time to time I wonder if some of the stuff I dream up is just something that occurs only to me.  A while back we were working on a Tailwheeler’s Journal shoot at a local airport.  It was busy with several airplanes and helicopters in the pattern and my camera crew on the ground to shoot a couple of demonstrations as I flew the Super Cub.  I took much of my direction from Bert Garrison, who led the camera crew.  I keyed the mic and asked, “Camera, Super Cub.  You ready Bert?”

He came back with “Just lurk and I’ll give you the cue to come in”.  It sure hadn’t taken him long to adopt the concept and its usefulness.

Lurking is a pilot operation on which I’m still working.  I’ll gradually start working it into my flight training syllabus and maybe it’ll eventually be perfected.  Well, as near to perfection as ANY of my silly maneuvers get!  Or maybe it’ll get tossed on the trash-heap of those ideas that seemed good at the time.