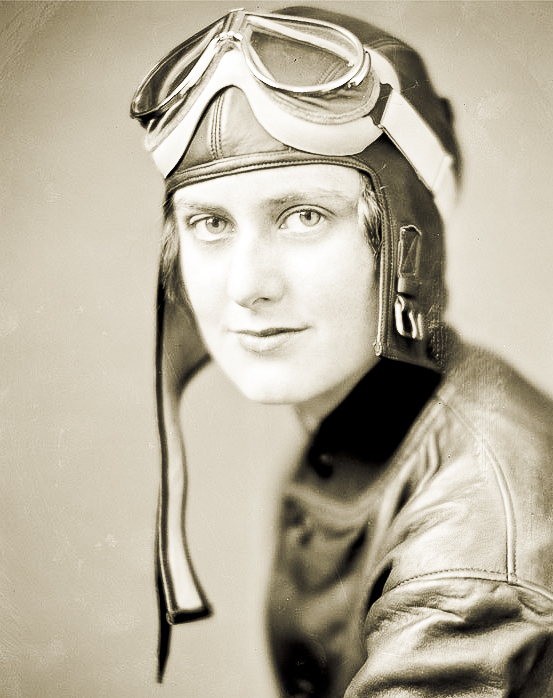 Just before I crashed I felt a pair of hands squeeze my shoulders. I was flying my old single-seat Pietenpol Sky Scout and there was no way anyone was sitting behind me. My gut lurched. I knew it was over.

“It’s time,” said a voice in my head. I saw the ground spiraling fast toward me, too fast, then everything went dark.

The first thing I heard when I came to was the drip-drip of hot water leaking from a radiator. The smell of gas stung my nose. I couldn’t see a thing.

“That girl sure does love that airplane,” someone said. “I ain’t seen anybody like that in ages!”

I cracked an eye open and saw two wrinkled old men kneeling on either side of me. They were dressed in overalls and each wore a baseball cap, one red, one blue. Grease stains decorated their bibs and shirt sleeves. Blue Cap turned his head and spat out a stream of tobacco juice.

I eased up into a sitting position and felt my arms and legs. Nothing seemed to be broken or sore.

“What happened?” I asked, disoriented.

“You landed that red airplane a’ yours right in our hayfield,” explained Red Cap. “We come out to meet ye but you was layin’ here, mutterin’ somethin’ about elly-vaters.”

“My elevator. On the airplane. I…I couldn’t pull out of it,” I remembered. “A vulture hit us, then bounced off the tail and the elevator jammed. I had no control. We spun in and crashed.” 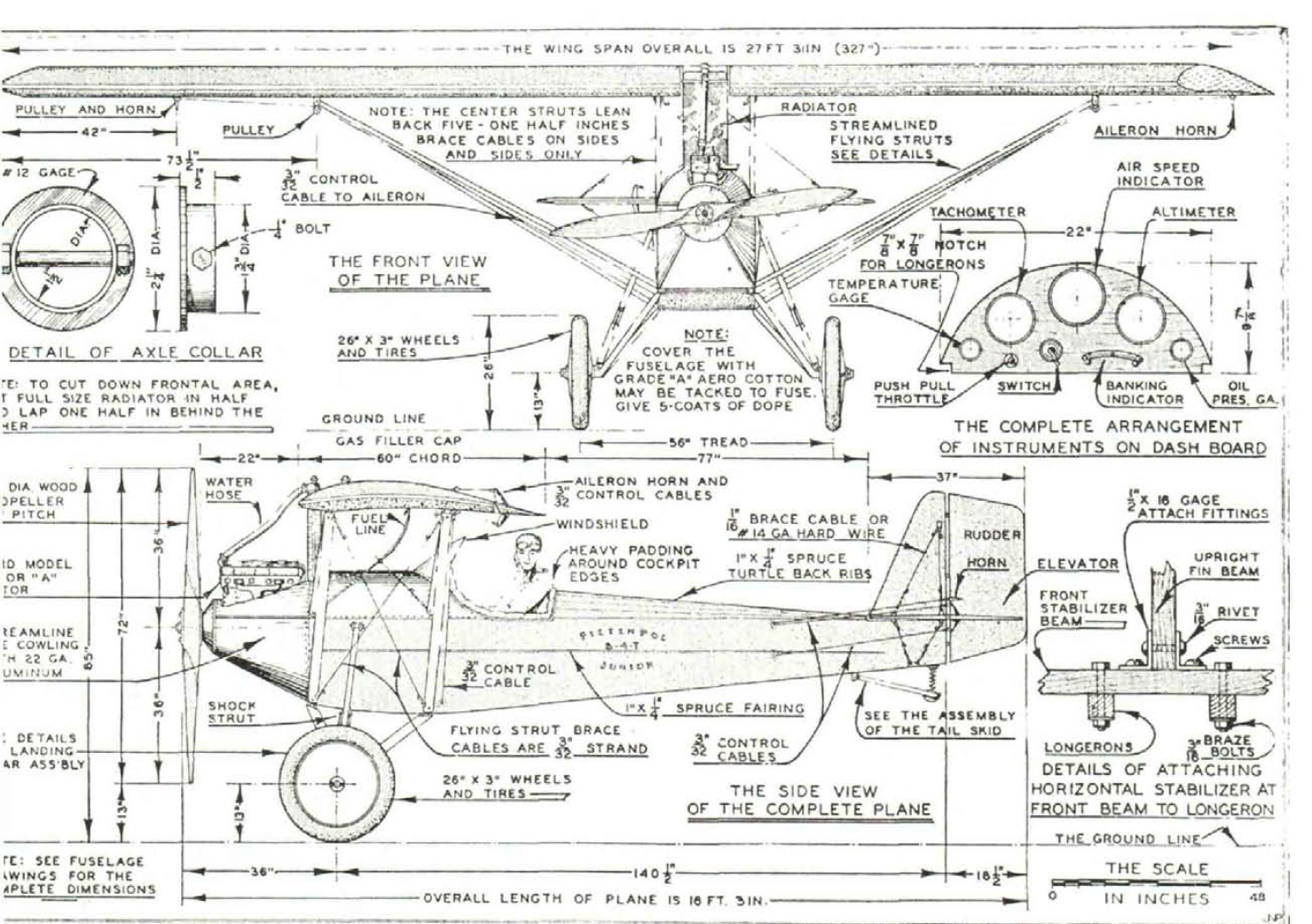 I glanced over my shoulder and saw my plane. She sat, gleaming, in the sunshine, not a scratch or spot of blood on her. How was that possible?

I glanced down and noticed my clothes. The shorts and T-shirt I’d had on when I crashed had been replaced with a brown flight suit and leather gloves. My previously bare feet were now clad in what appeared to be combat boots. The only thing familiar was my leather flying cap.

“What’s going on here?” I asked. Red Cap stood and proffered his hand. I took it, brushing hay off my backside as he pulled me up.

“Why, that was the purtiest landing I b’lieve I’ve ever seen. An’ I’ve seen a lot a’ airplanes land in this here hayfield,” he said.

“But I crashed,” I said. “There’s no way I landed in this field. I must be dreaming.”

“Ain’t nobody ever crashed in this field,” said Blue Cap. “Now, you come on up to the house and set a spell. Yer just confused.”

We made our way toward a weather-beaten white farmhouse. It rested in the center of the vast hayfield. The land was flat and I could see for miles, but I couldn’t see any trees or any other structures.  A breeze played across the field, gently bending the grasses as it skipped along. I looked back at my Piet, her nose pointed upward, still shiny and whole. I’d never seen her look so lovely.

Blue Cap opened the creaky screen door and ushered me into the house.  A timeless Southern kitchen scene was sprawled before me: white table with wooden legs, cast-iron cook stove, old-fashioned wooden ice box, and red-and-white gingham curtains fluttering over the open window. There was a pie cooling in the window sill.

You have got to be kidding me, I thought. The kitchen looked similar to the one in my grandmother’s house when I was a kid. It smelled the same. Maybe I had traveled back in time.

“What’s yer name, young lady?” asked Red Cap. “Here, set down and make yerself at home.” He eased a wooden ladderback chair away from the table, scraping its legs on the hardwood floor.

Blue Cap laughed. “Dead? Why would ya think you’re dead?”

“Because I know I crashed. These aren’t my clothes. This isn’t real,” I argued.

Red Cap chimed in. “Jenny, you said? Good to meet ya, Jenny. That’s a good name. Reminds me of a gal I knew back in the war–”

“Don’t start yer reminiscin’, Lawrence. Dang, Jenny, he’ll keep ye here all day if  ‘e gets ta goin’ good on that! Well, I’m Henry, and that there is my brother, Lawrence. We’re glad to have ya. We ain’t had anybody new land here in quite a while.”

“I didn’t land!” I admonished, clenching my fists.

“Shore you did,” said Lawrence. “The good ones always do.”

I shuddered and tried to swallow the lump in my throat. Whatever was going on here was very, very odd.

Henry went to the wooden ice box and returned with a pitcher of milk.

“It’s fresh,” he said. “Drink it up, it’s good fer ye.” He poured a glassful and placed it before me. I took a tentative sip, then turned the glass up and drank it down. It was the best milk I’d ever tasted.

“Liked that, did ya?” asked Lawrence.

“Yes, thank you,” I replied. If I’m dead, how can all of my senses still be working? How can I taste anything?  I wondered.

Lawrence patted my arm. “Why don’t ye rest a spell? You’ll be good as new by the time ye wake up.”  He gestured to the davenport in the next room.

I stood, pushed my chair in, and walked to the sofa. I sat down heavily and was suddenly exhausted.  Head fuzzy, I wondered as I nodded off to sleep if I’d been drugged.

“Jenny,” I heard, and felt a hand on my arm. I opened my eyes and Henry was standing in the dim light, smiling at me. “Time fer ye to wake up, now, everbody’s back,” he whispered.

I stretched and stood up, refreshed, and wondered who “everbody” was.

“Now, don’t be saprised after I open this door,” he advised. “There’s a lot more out there than you seen earlier. Everbody’s back now. Don’t be skeered.”

Henry opened the door and as we stepped onto the porch. I gasped and stifled a squeal. All I could see were airplanes. Every shape, size, color and vintage were parked on that hayfield. Rows upon rows of planes, all looking brand new, sat quietly amid the grasses. They stretched as far as I could see, in every direction. Nearest to us, sparkling in the sunset, was my red Piet.

“Why, Jenny, you done come West,” he said. “Ain’t many people ever git here the way you did. Only the good ‘uns do.”

Gone West. That’s what we say when an aviator dies. That must mean…

“D’ye feel dead? Dead people can’t fly no plane. Go on, try out that Piet a’yours. If’n you don’t feel alive after that, I’ll eat my hat fer dinner.” He laughed. “Go on!”

I clambered into the cockpit and Lawrence gave my prop a flip. I’d never heard my Piet’s Model A engine run so strong. We lifted off in less than a hundred feet. We flew around for awhile and even from above I could not see a beginning or an end to those rows of airplanes.

I greased my landing, shut down my Piet and rejoined Henry and Lawrence.

“I feel wonderful! She’s never flown so straight and true. I feel so alive!” I cried.

Lawrence chuckled. Henry put an arm around me and steered me toward the farmhouse. I could hear raucous laughter coming from within.

“Everbody in there loves airplanes as much as you do,” began Henry. “They were all good ‘uns in their time. All the good ‘uns unnerstand that airplanes have souls. That’s why we ain’t had anybody land here in so long. Most everbody who flies now treats an airplane like it ain’t nothin’ but a machine. Ain’t many left who let it be a part of ’em. All fliers come West, but only the good ‘uns get to bring their planes with ’em.”

I was taken aback. So, this was West! I’d always dreamed of a place like this. I couldn’t believe it existed. I felt so happy…and I still had my Piet!

We went into the farmhouse and it was full of people dressed in all manner of flying attire. There were old people, young people, both men and women, and all were smiling and laughing. Henry introduced me to people I’d heard about in history books and on television, and to people I’d never heard of at all. Among them were Matty Laird, Walter Beech, and even Bernie Pietenpol, the man who designed my airplane. They each welcomed me with a smile, a handshake, or a hug. I was warm with the joy of belonging.

Just then, the man who’d taught me to fly appeared before me. He’d been dead for years. I cried out and threw myself into his arms.

“There’s a little more you need to know about this place,” he said as I wiped the tears from my eyes.

“Remember, just before you landed, the hands you felt on your shoulders?” he asked. I nodded.

“They were mine. I was riding along with you. I knew it was time for you to come here. We can do that, you know. That’s our job. Every time a plane takes off, one of us is in it, watching over its pilot.”

He nodded. “Just like a guardian. You may choose one flier to accompany. I chose to fly with you. Since I landed here, I’ve been with you on every flight.”

“I know exactly who I want to fly with,” I said. Of all the fliers in the world, there was only one I felt responsible for.  I chose well.

“It’s time,” I whispered, and placed my hands on your shoulders. We braced for impact.

“You’re at the field where only the good ones go,” I answered.

#171 “Why does everyone make it so damned complicated?”