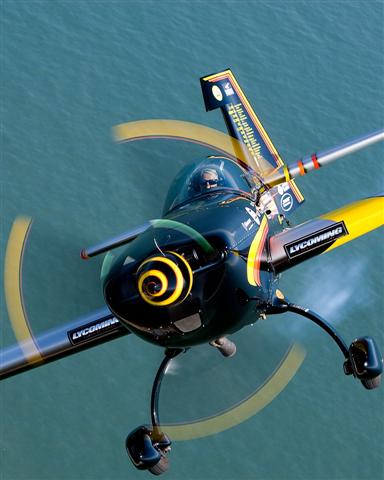 In “The People in our Lives”, I mentioned a meeting between Jim Lovell and Hooper Lansburgh.  The event has always stuck in my mind, so I thought I’d relate it in its entirety.

I think it was 1998.  I’d pretty much retired from Airshow Comedy flying and was living in Florida and working at Black Shadow Aviation in Fernandina Beach.  I’d been asked to produce a private airshow for the Ritz Carlton Hotel on Amelia Island.  We used Black Shadow’s ramp, which faced the runway.  The big hangar was decorated for the following banquet.  It was a tiny air show lineup and Patty Wagstaff was the primary performer.  At the post-show banquet, Patty introduced me to the guest of honor, Captain Jim Lovell, who had commanded the ill-fated Apollo 13 and who was later played by Tom Hanks in the movie of the same name.  The audience was delighted to learn that, in addition to Capt. Lovell, there was a surprise guest.  Gene Krantz, the legendary Flight Director from Mission Control, was also present.

As the three of us chatted, Patty told Captain Lovell that it was too bad that my son, Hooper, wasn’t there for him to meet.  She told him that Hooper, who was only six years old at the time, was already a talented flyer.  He was also launching model rockets and planning to become an astronaut.

“I’d love to meet Hooper,” Lovell said.  “I’ll be leaving really early tomorrow, but if Hooper is in the lobby of the Ritz, I’d be delighted to meet him”.

I told Captain Lovell that he could probably expect to see Hooper waiting for him in the lobby the next morning.

Hooper, who was not a morning person, leapt out of bed the next morning at four.  He put on his best pair of jeans and a corduroy sport coat and we blasted over to Fernandina Beach.  Hooper was clutching a book on rockets that he’d checked out from the school library.  At five o’clock in the morning, Jim Lovell came into the lobby of the Ritz Carlton to meet Hooper Lansburgh.  I introduced them and then made myself scarce while the two sat in a corner and chatted.  They pored through Hooper’s book and I remember Lovell pointing to a picture of one of the Russian rockets and commenting, “Those blew up all the time…”  Hooper was having a ball yakking with his hero.  Then the astronaut shook Hooper’s hand and told the kid that it had been fun chatting. He wished him luck in his future.  He took Hooper’s book and autographed it.  The inscription said, “To Hooper.  Join us in space.  Jim Lovell”.

Hooper and I headed for home where I would fix him breakfast and we’d recount the morning’s wonderful meeting.  Suddenly, Hooper gasped.  I turned to him quickly.

Hooper held up the book.  “This is a library book!”

Hooper continued his interest in space and rockets.  He even gave an impromptu rocket launching clinic to his school chums on the beach of Amelia Island.

A couple of years after his meeting with Lovell, Hooper went to a book signing in Jacksonville, Florida.  Gene Kranz had written “Failure is Not an Option” and Hooper was there to meet the colorful Kranz and to get a copy of his book autographed.  Kranz chatted briefly with perhaps the youngest reader present and learned of Hooper’s interest in rocketry.  They shook hands and Hooper turned to leave.  Kranz called him back.

“Here,” the Flight Director said, pulling a business card out of his pocket.  “Give me a call sometime when you’re launching one of your rockets and I’ll do the countdown for you.”

I wonder sometimes if people like Gene Kranz and Jim Lovell know how much a little bit of special attention means to the kids they meet (and their parents).  I hope they do.

And now you do, too.

#182 The Influence of One Elephant