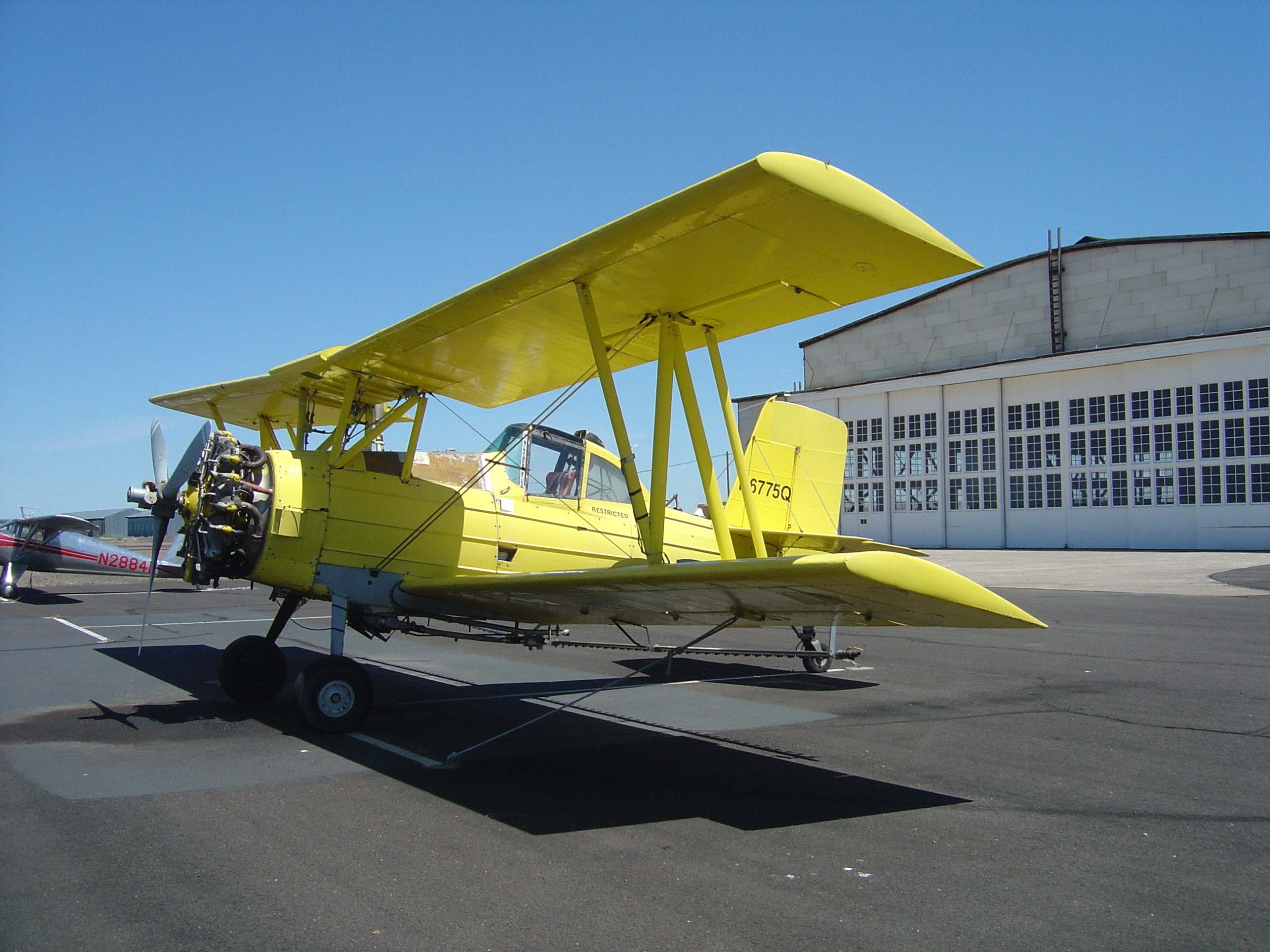 There’s a maneuver which I usually try to have all my students experience.  It’s the “inadvertent spin entry”.

I think that just about every year, someone gets killed because they overshoot the turn from base to final.  Then, afraid to turn steeply close to the ground, they unconsciously stomp on the inside rudder to hurry the turn back to the overshot centerline.  With a bit of bank already in, the rudder input causes the nose to be pulled down.  The pilot pulls back to get the nose up.  He’s probably heavy and, being an Acme Flying School grad, he’s still carrying some power, even in his landing approach.  That power aggravates the coming stall.  That stall, coupled with the skid he’s in, causes a low altitude spin and by the time he realizes what’s happening, he’s dead.

Virtually every one of my students makes the same comment after doing this re-enactment.

“I don’t understand how a guy could do that”, they all say.

I simply point out that it happens and we better make sure it doesn’t happen to US.  And then I almost always think about a time when I uttered that phrase and ended up wishing I could pull those words back into my “alligator mouth”. I think it was around 1997.  My pal, Earl, had asked me to help him out.  Seems he’d gotten himself a gig skywriting for a cigarette company over the Daytona 500.  But, in purely politically correct style, some regulatory bureau had required that any such flight be accompanied by some method of displaying the Surgeon General’s warning about the chance of cancer.

Well, ol’ Earl is no dummy.  He had an AgCat.  The plane is a big old biplane with an R985 round engine on it.  With all that power and a relatively slow speed, it could haul aloft what surely was at that time the world’s largest “Logo” banner.  That huge banner had the cigarette maker’s name on it, but more importantly, it contained the surgeon general’s warning in small print along the bottom.  If the banner were flown every time Earl was skywriting, he’d be legal and satisfy the morons who thought that this whole arrangement made sense.

Earl had it all figured out… but he had no pilot for the Ag Cat. Earl turned to me.  He knew I had some banner-towing experience.  So off I went to Flagler, Florida to meet up with Earl and his crew of novice banner-riggers.

At Flagler we were met by our pals Daniel and Montaine of the “French Connection” air show act.  They hosted us as we brought in the Ag Cat, the Stearman and the whole crew who were new to banner towing.  We enjoyed a great dinner at their house and shared wonderful flying stories.  It would be the last time I’d ever see “the Frenchies”.  They would both be killed while practicing their great formation aerobatic act in 2000.

I’d never flown an Ag Cat before, so I told the crew that I’d need a little “handshake time” to check myself out in the big single-seat biplane. Off I roared to familiarize myself with the plane.  Immediately I fell in love.  I think it was Richard Bach who said the world is never viewed the same as between the wings of a biplane.  That’s sure true for me and I loved the way the gaily-painted plane flew.  It had Earl’s trademark checkerboards on it and, as far as I was concerned, it was a thing of beauty.  But back to business.

After about a six-minute get-acquainted flight, I landed and taxied up to where the crew were scratching their heads and setting up the bridle. To launch a banner, it’s common to use a grappling hook.  That hook is at the end of a length of rope, the other end of which is attached to a towhook on the tail of the towplane.  That way, the pilot can release the banner when he returns from his flight.  In the event of an engine failure or other emergency, he can also jettison the huge banner and get rid of its considerable drag.  No one in his right mind would consider flying a banner that was not jettisonable.

The banner is laid out on the ground and there is another line attached to its “kingpost” at the front of the banner.  That line is actually like a huge lasso.  The loop end is then draped over the tops of two poles.  That loop is presented so that an approach can be flown at it with the grappling hook dangling from the plane’s tail.  The hook snags the loop, which is snatched from its poles and snugged around the hook just like a lasso around a steer’s horns.  Off the assembly flies to do the job.  Upon return, the pilot flies low and slow across the same spot where he picked it up.  He pulls the release and the banner floats gently to the ground.  At least that’s the way it’s supposed to work.

“I understand you can get the bridal snagged around the landing gear of the plane if you get too low,” one of the crew told me, with a questioning tone in his voice.

As the seasoned banner-towing veteran of the group, I confidently shook my head and uttered those soon-to-be-regretted words.

“I just don’t understand how a guy could do that”, I answered.  “You’d have to be really low.  I wouldn’t worry about it”.

With the banner’s bridal slung between the poles, I hopped into my new mount, fired up the big ol’ slobbering round engine and blasted off into the air.  I made a bigger trip around the pattern to give myself a bit more time, then set up an approach to the waiting poles.  I framed the top of the poles and the loop of the bridal between the wings of that biplane and descended to pick it up.  I’d tossed my grappling hook out of the cockpit and it was dangling behind and below me.  I closed on the loop.

“Hmm, looks a bit high… I better bring it down a bit”, I muttered to myself.  “Yeh, that’s about right.”

I came in nice and close to the top of the loop and snagged the bridal… very securely around BOTH landing gear legs.  The bridal’s lasso snugged around my landing gear, the bridal came tight and, as I powered up and climbed out, the world’s largest logo banner came up off the ground and we were a unit, ready to fly over the Daytona 500.

The crewmember’s voice came over the radio. “You snagged the bridal around your landing gear.”

And, indeed, it was a fine mess.  With the bridal firmly attached to my landing gear, there was no way I could release the banner.  I now had to make a decision:  Do I continue to the 500 and fly the job, or do I land with the banner now in order to fix this mess ? I really didn’t have a choice.  I’m stupid, but I’m not THAT stupid.  I couldn’t proceed to the Daytona 500 with a huge banner permanently attached to the plane.  No, I’d have to land with it.  But that was the problem.

When you have to land with a banner, it’s necessary to beat it to the ground.  That’s difficult.  The banner naturally hangs a bit below the tow plane when at cruising airspeed.  To get it to fly above the plane, I’d have to increase the speed AND be descending toward the ground.  I’d also have to stop as quickly as I could to do as little damage to the banner when it finally impacted the ground.  And I’d have to pull this off  while flying an airplane in which I’d barely checked myself out in for about six minutes!

I tell all my students that I hate doing demos.  Why?  Because when you demonstrate a maneuver, you leave yourself wide open to the student’s realization that this Bozo who’s presuming to teach him really doesn’t fly THAT well! I felt that way about the maneuver I was about to attempt.

I turned final toward the staging area on the grass infield.  I lowered the nose and allowed the speed to increase.  That speed would help keep the banner above me, but would also mean that the coming wheel landing and quick stop would be tricky as hell.  The guys on the ground gave me a running commentary on their little handheld radio.  They let me know the banner’s altitude relative to mine.  We got the speed and angle just about right.  At some point on short final, I simply ignored the banner and concentrated on a steep approach to a wheel landing and a hard-braking stop.  The ground rose up and as the wheels contacted the grass, I slammed on the brakes while carefully keeping the ship from nosing over with back elevator.

All the things that I had carefully taught students for years were now put into play.  Maybe all that instruction helped ME that time.  The banner contacted the ground but didn’t go far until it stopped.  The only damage was a slightly bent kingpost, which was quickly bent into some semblance of straightness. A very red-faced pilot hopped out of the big biplane and re-rigged for the next pickup.

I learned a few things that day.  I learned not to let my alligator mouth overcome the limited ability of my hummingbird brain.  I learned that some of the things I teach are worth learning.  And I learned to love that Ag Cat.