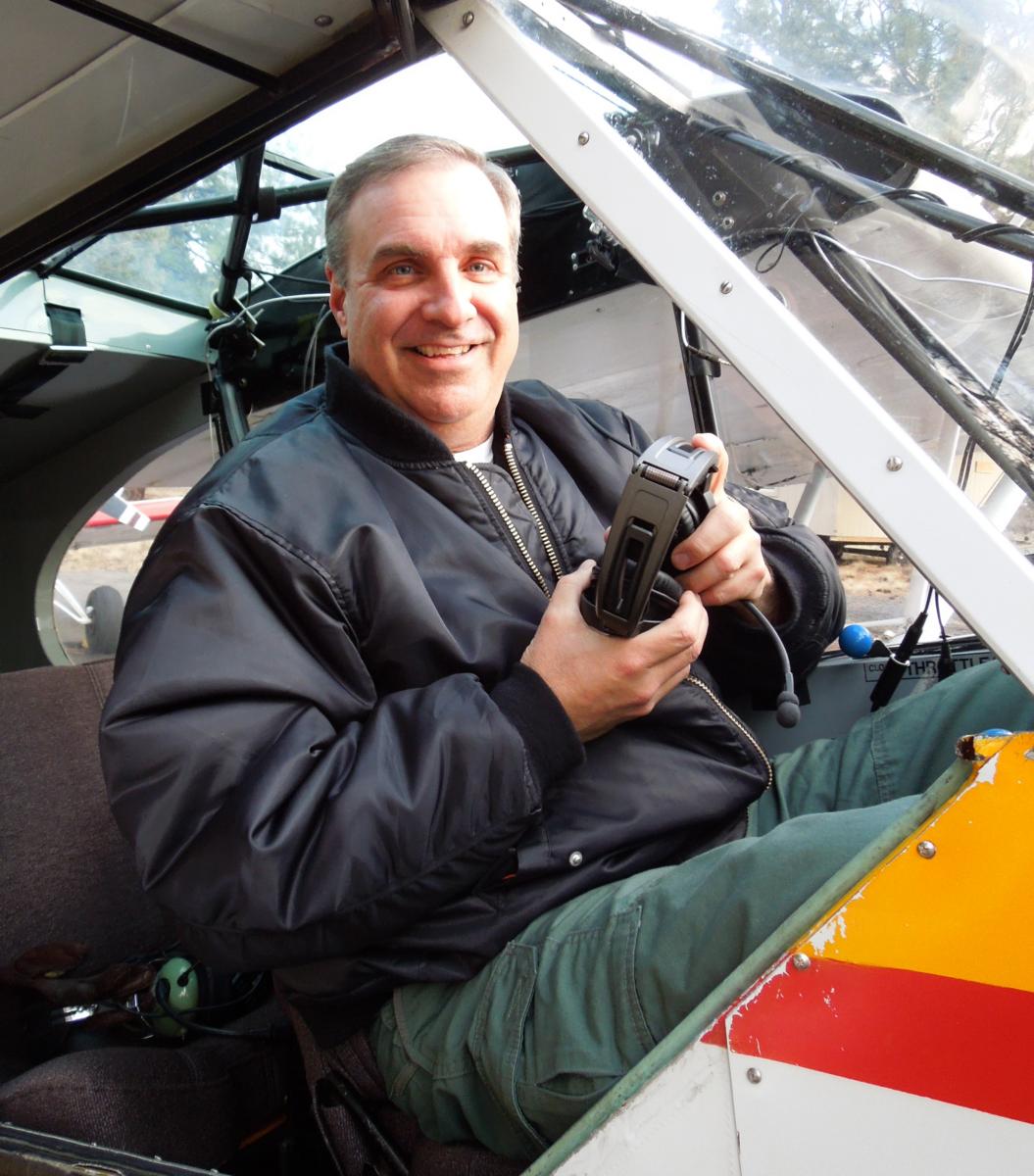 Editor’s note:  We’ve discovered that lots of pilots have wind stories. Perhaps inspired by my “Too Windy to Fly” and Gayle Crowder’s “Too Calm to Fly”, my colleague Bert Garrison related this story of an encounter with high winds.  We’ve always known Bert for his tremendous skill as a photographer and pilot.  Now we welcome him to the ranks of Tailwheeler’s Journal writers.

It was the fall of 1992 and my good buddy, Greg “Spanky” Barber, asked if he could fly with me to get his feet back in shape. You see, Spanky was about to purchase a Luscombe and wanted to be sure he remembered how to drag a tail around the airport. At the time I was towing gliders for the guys up in Deer Park, Washington. KDEW was a triangle field with one good runway, 34/16, and a not-so-good-but good-enough for “Glider Guys,” 4/22. Good ol’ 4/22 was beat up, with grass growing through the cracks and big chunks of macadam missing along the edges.

I decided to take Spanky to a grass strip up north in the club’s 7KCAB Citabria.  Cavanaugh Bay Airport, 66S, was a great place to visit for those 100 dollar hamburgers. Located in Northern Idaho on the Southern shore of Priest Lake, this little grass strip was a challenge to fly into but, oh, was it pretty!

The flight plan that day would take us about 30 minutes with the wind on our tail and 40 minutes or so to get back to KDEW. We would fly into Cavanaugh Bay, tie the Citabria down and grab something to eat, then head back home. Spanky would taxi out and take off from KDEW. I would land at Cavanaugh then let him work the pattern back at KDEW.  Spanky hopped in the front, I settled into the back and off we went.

On the way home my dead reckoning was showing us tardy. GPS was a luxury item only for Air Force bombers and high-end business jets. Both Spanky and I were well-versed in the “Watch to Map to Ground” routine and we decided the wind must have picked up during our Southern leg home.

I reported 10 miles North of Deer Park and the Unicom offered winds of 210/28 gusting at 40!  You could hear the wind howling in the background as the line boy broke squelch, “Guys, the wind is so strong it is picking up rocks and hurling them into the shack outside!”

There was not a cloud in the sky. It was as if the jet stream had settled to the surface to saw into the earth before ascending to continue its harassment of weary airline travelers.

I decided to land on 22.  With the wind right down the runway, I would carry power and do a wheelie. Then I’d taxi tail-up to the ramp and tie the tug down with Spanky’s help… so I thought.

I flew the Citabria to the runway and planted the mains. So far, so good! I kept the power up because it seemed like I would not make headway if I brought the throttle back. In fact, the plane stopped its forward motion when I reduced power, tail still in the air. It was like I was still flying….and I was. I could lift either wing and raise and lower the tail, all with just enough power to hold the old glider tug in position on the broken tarmac.

Looking out the window, there was a steady wave of debris flowing in a sheet across the surface down the runway. Nothing was hitting the airplane but the wind was so strong I had to think twice about shutting down and riding it out. I tried to turn onto the taxiway that would take us to the ramp but I could not keep the Citabria from weathervaning into the gale force, rock moving, invisible force field!

With half of 3200-foot runway 22 in front of me, I pushed up the throttle, rolled about 10 feet and became airborne. I climbed steeply into the wind, gaining altitude but not much ground.  When I was safely airborne, I lowered the nose and clawed forward. Banking to the right, I let the big wind drift me to a left downwind position for runway 16, the good leg of KDEW’s triangle. Keeping it tight, I started a shallow right bank abeam my touchdown point and flew the Citabria, right wing down, to a right wheel landing.

Between the time Spanky and I touched down on runway 16 and made it to the ramp, the big wind had vanished. As we tied the Glider tug down to its special spot, the line boy came up and told us the whole event had lasted less than ten minutes. Our battle with the big wind took about five of those minutes!

Thank goodness I was in a taildragger!