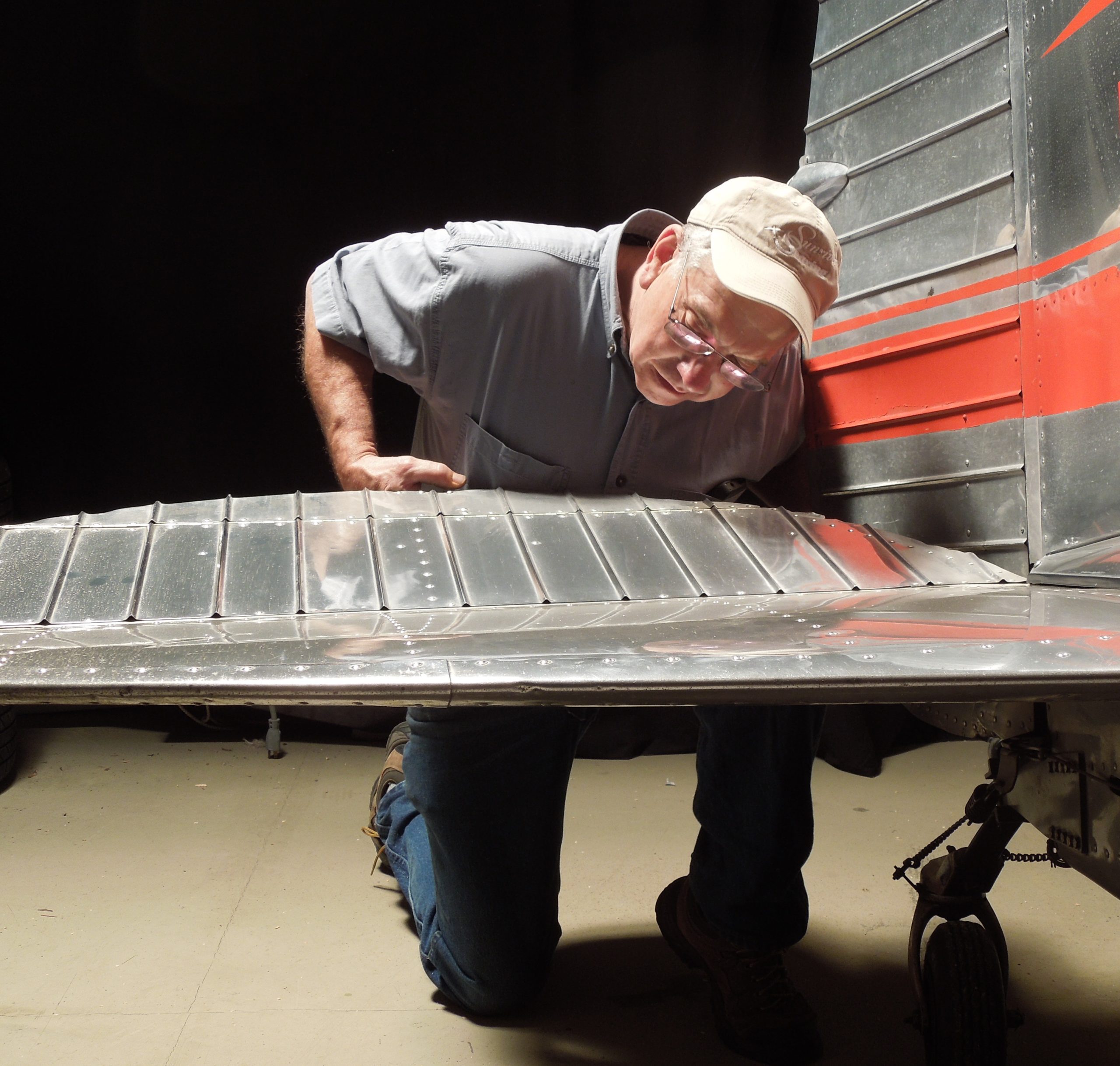 Anyone who knows me knows how much importance I place on “The Fundamentals”. That’s why I thought I’d just jot down a little piece on the control surfaces that make it possible for us to control our airplanes. Here it is:

It was the name of Art Scholl’s dog (if you don’t know who Art Scholl was, may the Great Wombat help you!). It is the control surface that often tests the fundamental skills of a pilot. If it weren’t for Aileron, there wouldn’t be adverse yaw. And if there weren’t adverse yaw, there would be little need for that most important of flying skills, coordination.

Before our first flying session, I usually ask all my students a couple of questions. They almost always fail to answer them correctly. “What makes an airplane turn”, I’ll ask. What follows is a series of verbal turns and tangles having to do with how to turn and not what makes an airplane turn. The answer is “lift”. And lift can only make the airplane turn if it is re-directed from vertical to somewhat lateral. The movement that causes that is roll and the control that causes roll is the aileron. Aileron may be the control surface that is most easily understood by Whuffos . It may also be the most misunderstood and least mastered of the control surfaces.

Ah, rudder. It is the control surface with which you can kill yourself… or save your life. Without rudder we fundamentalist flight instructors wouldn’t have nearly as much to teach. It’s the control surface that is usually the most obviously mis-used. A good flight instructor may spend more time working on his student’s rudder skills than anything else, at least in the beginning stages of instruction. He’ll also re-visit it during more advanced instruction. It’s possible that misuse or misunderstanding of this control surface has killed more pilots than any other. Amazingly enough, it has also saved more good pilots than any other control. The other question I always ask is “what is the main purpose of rudder?”. That question is hardly ever answered correctly. The answer is “to compensate for adverse yaw”. There are other cool things we use rudder for, but that’s why it was invented. Don’t know what Adverse Yaw is? See “Art Scholl”. 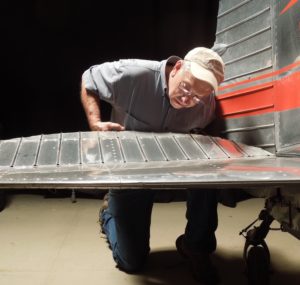 I’ve saved the best for last. Of the three control surfaces, the elevator is perhaps the one that requires the most finesse. It rarely gets it. As a tailwheel teacher, I’ve discovered that I’m often urging students to work on their skill with the elevator. In the highly controversial operation of waterskiing an airplane, skill with the elevator is required in order to control with precision the amount of weight placed on the water through the wheels. In a wheel landing, finesse is required in order to sink slowly and to plant the mains on the runway as soon as they touch at the completion of that sink. Without that finesse the plane will bounce.

The other day I was flying with a student who was getting used to the bigger flaps on newer Cessnas.

What did I mean? I meant that I was on a jag. I was determined to tweak up the usage by all my students of the lowly elevator. Most people think I’m a “rudder guy”. Sure, I place a lot of importance on coordination, so I can see where some would get that idea. But I really do think that the elevator is the most abused and ill-used control on most airplanes. It gets misused to “wheel-barrow” tricycle geared airplanes onto the runway. It gets misused to raise the poor airplane’s snoot so high that the pilot can no longer see the horizon when climbing. Most commonly it gets misused to yank the nose up and momentarily increase “G” force and thus stall speed while it’s buddy, the rudder, is busy skidding the plane, sending another hapless pilot to the Westward regions.

With the above mentioned student, I think I concentrated on the proper use of elevator to maintain a pitch attitude when flaps are extended (or retracted). “Flaps down, nose down”, I told her, sharing a little mnemonic device that I formulated when I was a student pilot. I want to see the nose stay at its pitch attitude when those flaps are selected. Since ALL my students are taught that our default technique is to extend ALL flaps when on short final, it can be challenging to maintain that pitch attitude. That’s where skill comes from; practice of an operation that is not inherently easy.

(Now just a note to the Cheeto-eaters out there: It is my opinion that the commonly taught method of gradual power reduction and gradual flap extension starting on downwind is simply wrong (for LITTLE airplanes). That’s my opinion. I have my reasons. Now munch your Cheetos, keep the crumbs off the keyboard and stifle the urge to send a comment.)

The elevator should never be “pumped”. That movement is for transferring liquids, jacking up vehicles or… well, uh, never mind. I can’t think of a single instance where the elevator of an airplane should be pumped. But I sure see a helluva lot of pumping! (See “The Ratcheting Elevator” in “Brian’s Flying Book”).

Those are some thoughts on the major control surfaces of an airplane. I urge those of you who are now or who will become Flight Instructors to consider the fundamentals of the use of these surfaces and transfer that knowledge to your students. Their proper understanding of these fundamentals will serve them for the rest of their flying careers.