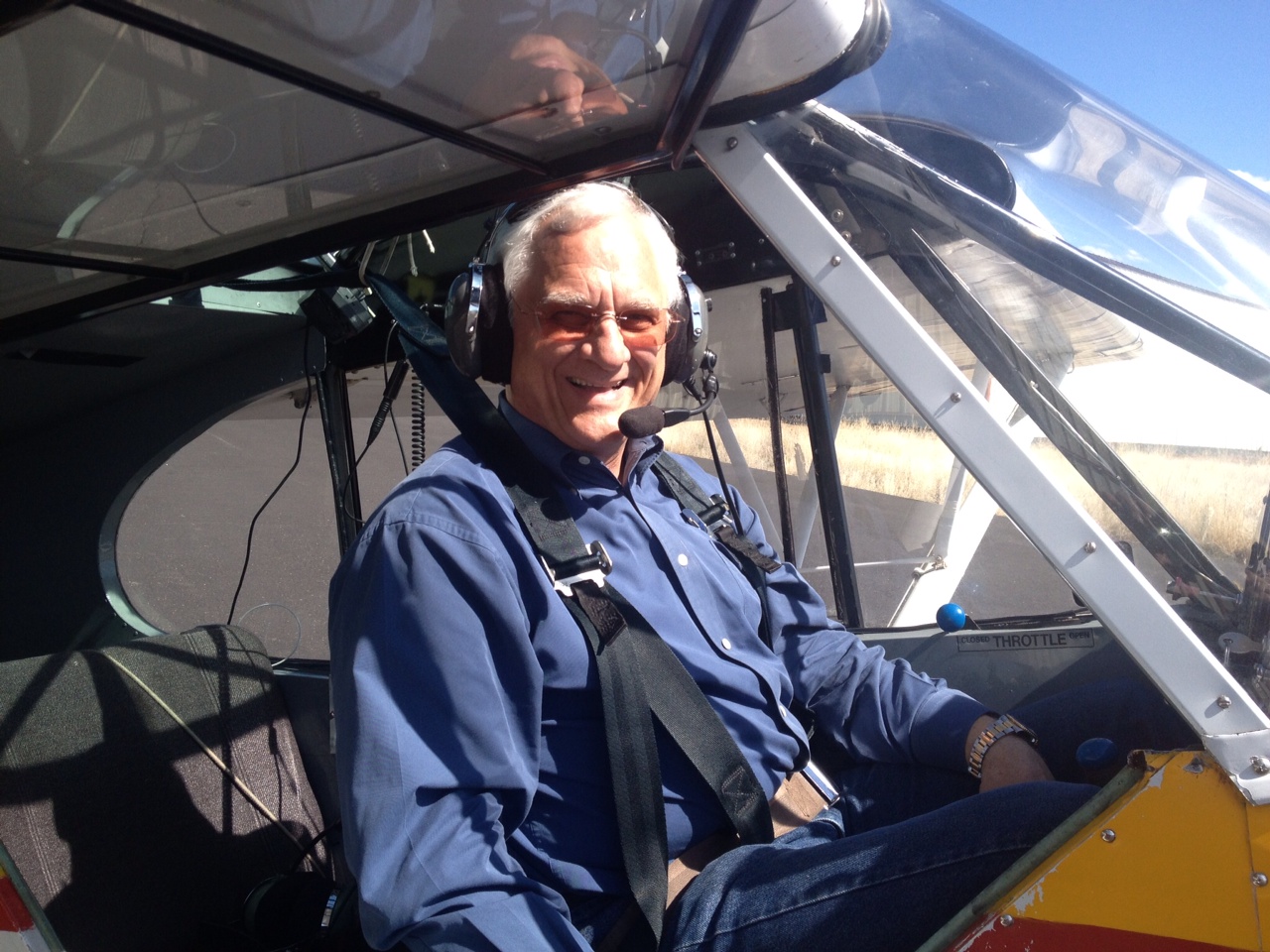 In 1969 I was an A&P mechanic, working outside, lying in the gravel under a Piper Cherokee with die penetrant running into my arm pit while I inspected a suspicious nose wheel fork for a crack. This business of working on airplanes out in the elements in Oregon wasn’t that unusual, all we had for a maintenance base was a shack we could stick the nose of the flying machine into for “serious” work. Life was grand! I was 19, my license to legally practice airplane fixing was only slightly newer than my license to fly them. Dreams were coming true.

Suddenly my highly tuned ear detected the unmistakable sound of a four- engined B-17 approaching the aerodrome. By the time I crawled out from under the Cherokee the entire crowd of hanger rats was eagerly searching the eastern skyline for the approaching aerial dreadnought.

We waited, and waited…then waited some more. The mighty droning continued but didn’t seem to be getting any closer until suddenly, just over the top of the tree line the creature suddenly appeared. There it was, not a B-17 but a brand spanking new Bellanca Champ, barely making headway into the prevailing 10 knot breeze but sounding for all the world like it had four Wright Cyclone R1820-97 engines. I could barely contain my enthusiasm to inspect this new machine that our employer had told us earlier was being delivered to our base today. We were to use this mighty new machine to attempt the impossible, defy all the naysayers on the field, fly, literally in the face of our insurance company; we were going to offer tailwheel instruction to ordinary pilots. Well, I assumed we were insured. That alone should tell you how green I was. To make the point, I also honestly believed we would soon be getting the “well earned” raise our boss kept talking about.

Before the machine could make its way downwind and land, I ran into the office and signed up for an hour of duel with our local tailwheel instructor, Ace. Really, that’s what he told me to call him! I felt a little silly calling him “Ace”, but my parents had trained me to respect authority and my elders. I think he might have been all of twenty two or so.

Since we were both new to this particular variant of the venerable Champ, we decided to do a thorough inspection of the machine…good thing, too. First we looked under the cowling to see what made all that noise to so little effect. Here we found the latest in aerial locomotive force, a two cylinder Franklin engine, which as I remember, was supposed to make something like 65 horse power. We also found that this little engine vibrated so violently in its mounts that the top spark plugs had punched a pair of holes in the top of the fiberglass cowling and chafed the plug wires to pieces. No problem for an experienced mechanic. I changed the plug leads.  No, I didn’t have the exact correct length of lead but I did have a good supply of tie wraps. I also had a very good half- round file to modify the already located holes in the cowling so the plugs and wires could cleanly move in and out of the cowling without doing harm to themselves. Like that, almost as fast as I typed this, all tip top, airworthy and ready to go!

And go we did. In only a little more than a half hour we were at the dizzying altitude of four thousand feet whereupon my tailwheel instructor introduced me to spins. We had a fine time spinning this fine little bird then logging another half hour to get high enough to do it again. No we didn’t spin it all the way to the ground. The day was getting hotter and hotter, the density altitude was creeping closer and closer to the machine’s service ceiling so after each spin it took a little longer to climb back to a reasonable altitude.

After this acro training we returned to the airport where my instructor demonstrated how to land a tailwheel airplane. I don’t remember how well this turned out, I do remember thinking this was awfully low for aerobatics.  There was a lot of tire squealing noise, which he said was normal for tail draggers but we didn’t break anything. After we stopped, he got out and asked me if I thought I had the hang of it. Of course I did.  I was 19.  What didn’t I know? Just like that, he turned me loose to go aviate in this fire breathing machine. I think maybe he wasn’t feeling that good, he was a funny shade of white. Somehow he’d lost much of his sun tan.

What happened next probably saved me and the machine from embarrassment or maybe worse. I serenely taxied to the run-up pad where I stopped the forward progress with a gentle application of both brakes. So far, so good. The run up checklist was pretty simple. Good thing, too, because I didn’t actually have a printed one. I tried to add power by pushing in on the throttle…nothing! Throttle in, throttle out, no change in the noise. Rats! Apparently the throttle cable has succumbed to the torture of vibration from this magnificent power plant and the far end no longer is communicating with the carburetor throttle arm. I suppose I should kill the power and call it a day so I pull the mixture control and get a cabin full of cable for my trouble. Apparently this control has also slipped its moorings.

Now what? I guess I’ll switch off the mags. By now you should have figured out what’s coming next. Yup, you guessed it, switched off the mags but still no change in the noise, both “P” leads have vibrated loose from the mags leaving them both permanently, “hot”. Fine!

I know, everyone is way ahead of me and is thinking I could shut this thing down with the fuel shut off valve, which I eventually did but this fine new airplane isn’t done with making sure I don’t fly it yet!

As I sit there noodling out my next move the airplane begins a slow, un-commanded pirouette to the left. After the initial confusion I received a clue from my right foot which was slowly sinking to the floor as the brake pedal became more pedal than brake. I looked to the right in time to see the stream of hydraulic fluid shooting up from the brake assembly, soaking the bottom of the wing before the reservoir ran dry. If this wasn’t enough, the pirouette to the left slowly began to diminish as the braking power of the left brake disappeared into a matching fountain of bright red brake fluid jetting up to carom off the bottom of the left wing.

While the engine consumed the balance of fuel in the fuel line after I shut off the valve I used all my newly acquired tail wheel pilot skills and adroitly positioned the rudder so that me and the machine came to a stop, safely off the run up pad, in the tall grass rather than in the middle of the runway where we’d been pointed a few seconds earlier.

After the airplane noise finally stopped I could tell by the sound of laughter coming to me on the breeze that I had supplied the day’s entertainment for the ramp rats. Probably a “best outcome” for the day, all things considered. The ten knot wind was a ninety degree crosswind. 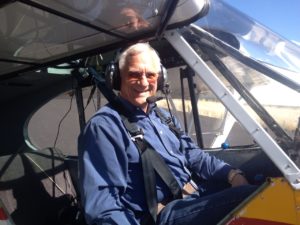 Mike Dennis is the founder and CEO of Oregon Aero.  He has a long history of flying lots of different airplanes, many of which have provided stories like this one

#106 Cheeto Crumbs on the Keyboard