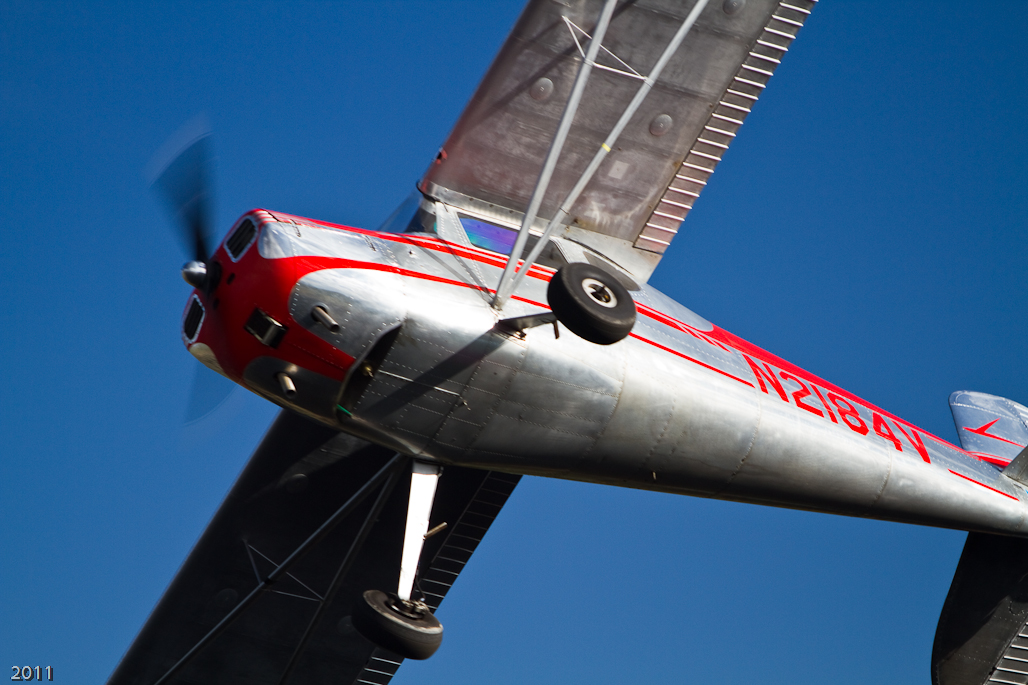 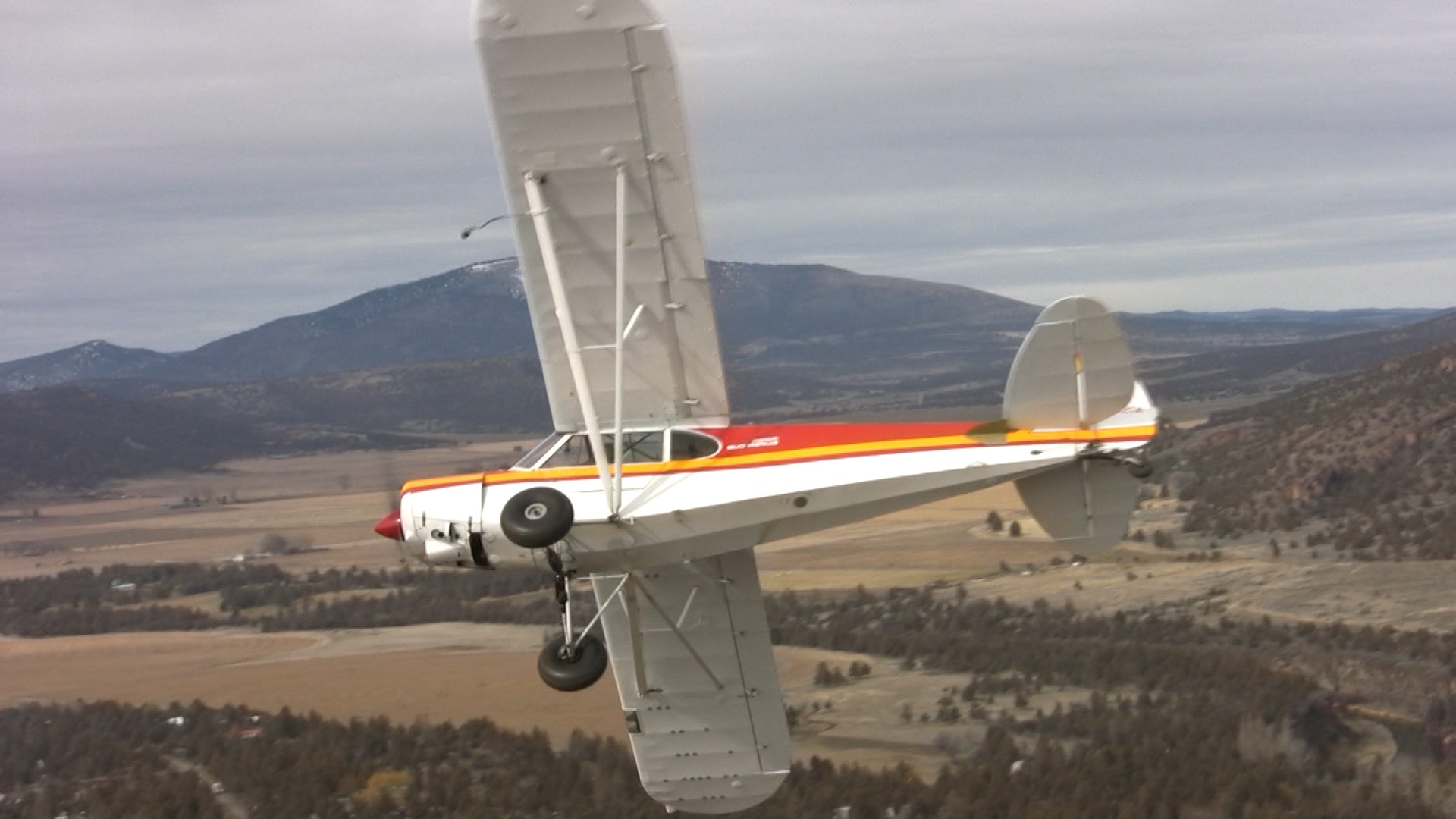 I was doing a tailwheel endorsement down at Sunriver a couple of years ago.  Sunriver’s runway 18 is right hand traffic.  My student and I were on a right base for the runway.  I could tell we were pretty high, so I said, “Are we high or low?”  The guy allowed as how he was pretty high, so I added, “Let’s use a forward slip to steepen the approach”.

Bear in mind that we were in a right turn, from base to final.  I was subtly encouraging him to simply add top rudder, add a bit more right aileron and continue his turn to final while in a slip.  I thought he’d pick up the hint.

Boy, was I wrong!

In that right turn from base to final, my student immediately lowered his left wing, added right rudder and floundered through a maneuver in that little Cessna 140 that should more correctly have been performed by Sean Tucker or Patty Wagstaff as an outside turn!  Before the engine quit from its carburetor float being thrown up against its stop, I corrected the maneuver, continuing the turn to the right with the right wing down and adding top rudder to put us in a turning forward slip.

Boy, did I learn from that one!

I learned that most pilots can only execute a forward slip while established on final and with their left wing down.  Period.  Don’t shake your head.  It’s true.  I now test every single Master Class, Tailwheel Endorsement or Tweak-up flier to see, not only how they slip, but also how they ENTER that slip.

So here are a few simple facts about the forward slip: The maneuver is used in order to present the side of the aircraft to the relative wind.  That increases drag, enabling the plane to glide steeper without an attendant increase in airspeed.  The forward slip should be entered as soon as it is apparent that the airplane is high on the approach.  That means that it should be entered (usually) while in the turn from base to final.  That reduces the complexity of the entrance to simply adding top rudder and more aileron in order to control the turn from base to final.  Because a pattern can be either right or left, pilots should be proficient at entering it from either a right or left turn.  And, finally, because the forward slip simply increases drag, it can be held through the round-out so that an airplane being flared at higher than normal airspeed can be slowed during that flare in order to land a bit shorter.

Many airplanes are placarded against slips with flaps extended.  It’s the pilot’s decision whether to heed that limitation.  My lawyer, J. Worthington Foulfellow, says I shouldn’t voice my opinion on that issue.

There ya go.  Now you know everything I know about the forward slip.  And when you come to fly at Tailwheel Town, you can be assured that you will learn to enter that slip from either a right or left turn and that you will be expected to hold it until shortly before the airplane plops to the ground.

Oh, and if you wonder why the guy next to you is rubbing his hands together and exclaiming, “Oh, boy!”, it’s because he’s really having a good time!