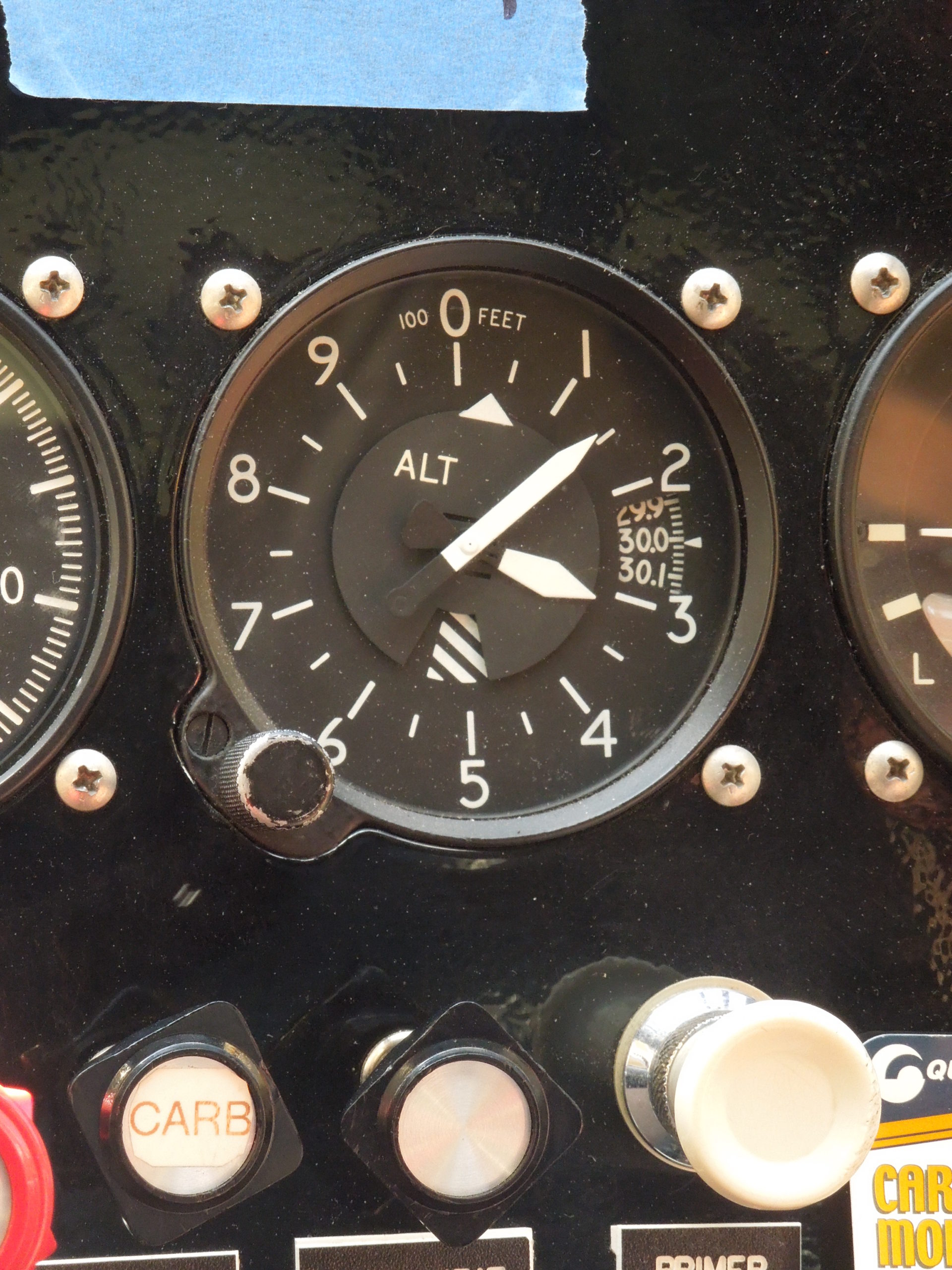 A lot of really good instructors cover the airspeed indicator from time to time.  They do that so that the student will become less dependent on a gauge which may not be accurate.  They want the student to become more dependent on the much more reliable pitch attitude of the airplane.  After all, with any power setting there is a pitch attitude which will invariably result in a particular “ball park” of airspeed.  It’s really handy to know what that pitch attitude looks like, especially in a power on climb and a power-off glide.

Other instructors will cover the ball of the turn coordinator.  They do this so that the student will learn to coordinate by the feeling of his butt or upper body and not by staring at some instrument.  My students often joke that they have no idea what the turn coordinator looks like because it’s always covered. 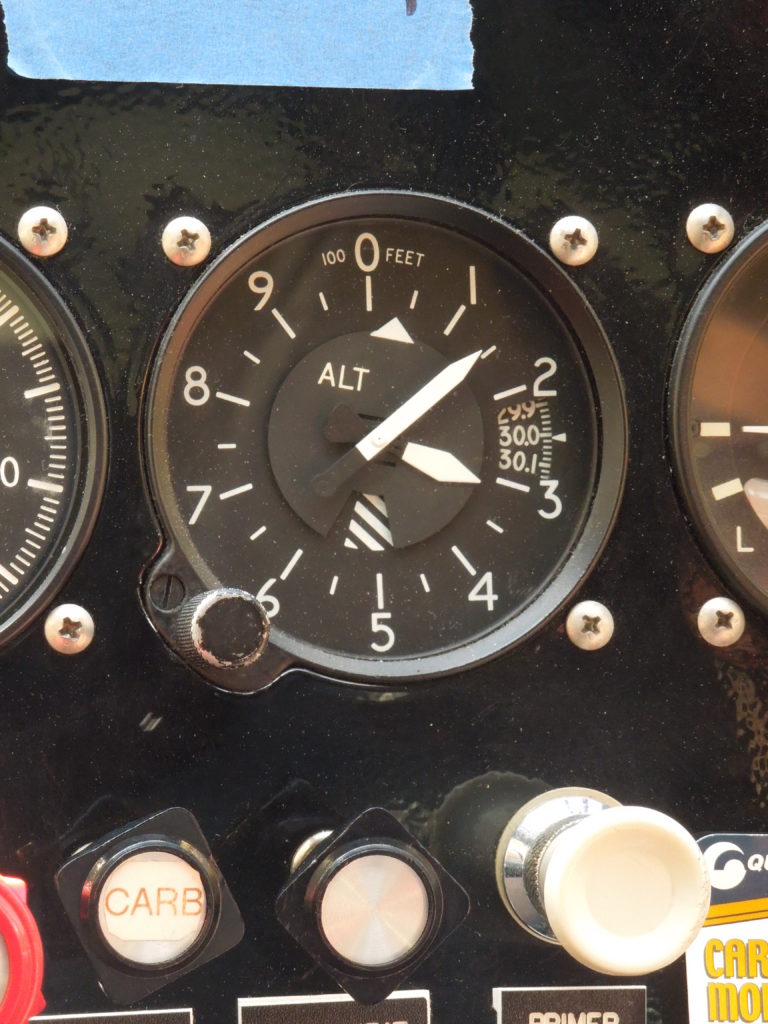 But very few instructors will cover the altimeter.  If they did, don’t you think the student would get much better at judging altitude by use of his eyeball?  I didn’t give this a whole lot of thought until a few years ago when I was giving a lot of dual in a lovely little L-2 Taylorcraft.  The owner and I both knew that this airplane had a sticky altimeter.  It seemed to be perfectly accurate and normal when we were climbing.  But when we were in a descent, the altimeter’s hundreds needle would often stick.  It wouldn’t move at all until you’d lost maybe a couple of hundred feet, then it would lurch downward and assume its proper position.  We considered this to be a small inconvenience and we didn’t think it was particularly serious or worth fixing… after all, it was a VFR airplane and we did no instrument flying or training in it.

But one day I was in the pattern with a student who was a rated pilot working on his tailwheel endorsement.  We’d just turned final and we were at a pretty decent altitude for our position in the pattern.  But I noticed that the nose lowered and the airspeed increased.  From my position behind the pilot I could see that his high descent rate would put him well short of the runway, and maybe even too low to float to it.

“Why are we so low?” I asked over the ICS.  The guy pointed at the altimeter and declared, “I can’t seem to get down!”  His gesture led to his tapping of the altimeter’s face and suddenly the sticky needle unwound.  He was shocked that the airplane had suddenly descended!

The light bulb had illuminated over my head.  Have you ever heard an instructor say that once you leave the downwind for the base leg you should never look at the altimeter?  Some instructors will say that.  They want you to change from altimeter reference to visual reference as you turn final.  I became one of them that day.  I also became a believer in the fact that some pilots will actually believe that altimeter even when the truth is staring them in the face right beyond the windshield.  I also realized then that development of the ability to judge altitude by eyeball is more important than a lot of people think.  I now cover the altimeter lots of times.  Mostly I cover it when we’re practicing the 360 overhead approach or the dead stick landing.  I’m beginning to believe that the only time we need to know pattern altitude is when there are others in the pattern with whom we have to deal.  The rest of the time I won’t tell my students what pattern altitude is and I’ll often cover the altimeter as we approach the airport.  Just as our practice of making every approach power-off will prepare you for an engine failure, landing sans altimeter will also sharpen your accuracy skills.

Good airmanship is often the development of reflexes and senses that are more commonly found in birds than mammals.  Did you ever see a buzzard with an altimeter?  I didn’t think so.

#71 The Briar Patch and the Comfort Zone