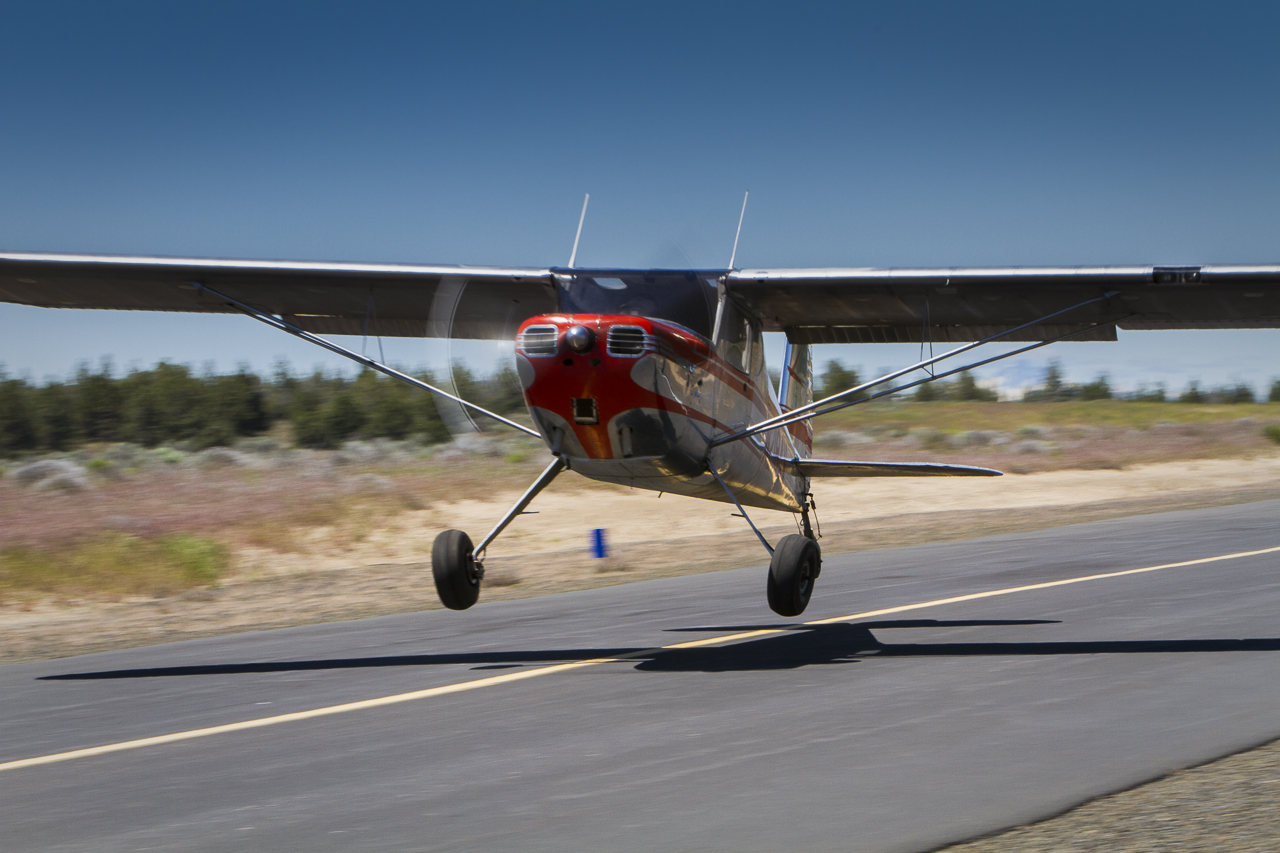 I’m a big fan of the touch and go landing.  Some flight instructors and schools are not.  There are pros and cons of this controversial technique and we ought to examine them: Remember that I’m teaching in a simple, small aircraft, normally a Cessna 140.  I also give instruction in lots of different airplanes, many of which are heavier and faster than my little 140.  Many have much better short field takeoff performance than the little putt-putt in which I spend so much time!

I fly a much smaller pattern than most instructors.  That results in a pattern cycle time that’s often about half of the other guy’s.  Couple that with my touch-and-go and you’ve got an incredibly high number of landings practiced by my students and a much smaller cost-per-landing-practiced.  I like to think that my students are learning more and spending less.  We also examine the shorter runway length our technique leaves us with and we insist that the touchdown must occur in the first third of the runway.  We also constantly plan for an engine failure on takeoff and plan our departure accordingly.

Most flight schools insist on a long upwind departure to an arbitrary altitude, ignoring the suitability of the land below for an emergency landing.  If the terrain beyond the runway is not suitable for such a landing, we turn immediately.  That practice decreases our exposure to unsuitable landing sites AND shortens our time between landings.  It also puts us at a lower altitude on our downwind leg. We take that into account in terms of conflict avoidance and planning for engine failure.  We ignore the Whuffos who disapprove of anyone doing anything differently than the pack.  Especially those who insist on reaching a published pattern altitude.  Struggling to reach a standard pattern altitude is a waste of time, creates undue strain and shock cooling of an engine and contributes to fewer landings per hour. Just make sure that you are not operating beneath another aircraft in the pattern.  That’s what eyeballs and radios are for. 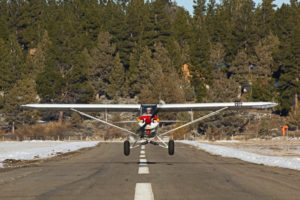 I should point out that one particular airport where I do a lot of instruction is perhaps the finest I’ve ever been to in respect to a place to go if the engine quits.  I just can’t find a spot in its pattern from which I can’t make a safe landing if the engine goes “hack, cough, silence”.

If you examine the process of learning the wheel landing, you’ll find that the swoop, sink and plant are far more important and difficult to learn than the roll out and stop.  That’s further justification for doing touch and goes with just a few landings to a full stop in order to learn the roll out and stop.  My students have heard me say it before:  “I can teach a chimp to roll out and stop… let’s work on the sink and plant…” I’ve seen another outfit conducting tailwheel training with virtually ALL landings to a full stop.  They think that they have to do that in order to teach tailwheel.  I strongly disagree.  I think my students would, too, considering that they have five or six times more landings in their logbooks!

Now let me play devil’s advocate and defend the stop and taxi back:  If you do a touch and go, you will be leaving runway behind you when you initiate the “go”.  That fact must be acknowledged and dealt with.   You will not be practicing the full stop, maintaining directional control in your tailwheel airplane while doing so.  Stop and taxi back techniques also result in greater revenue for school and instructor. Is the touch and go worth dealing with the downside?  Obviously I think so.  But my opinion is based on my operations in the airplanes I commonly fly. My friend and colleague Chuck McGill strongly advocates the full stop and taxi back.  Chuck teaches in larger, complex airplanes and his logic is excellent.  I suggest a visit to Chuck’s great website, www.safeflightintl.com.  His articles are excellent.  Just remember the difference in the airplanes we use and perhaps the difference of our students’ workload.

One of the most important things you can do to keep your pattern operation safe is to ask yourself, “Where am I going to go if the engine quits here?”  Keep asking yourself that question all the way through the departure and approach.  If you don’t like the answer at any point, then you must decide whether to accept the risk or alter the procedure to eliminate that risk.  To steal from “Brian’s Flying Book”, if there’s no good place to land straight ahead during a departure… TURN! And, just as important, you may have to operate in a pattern filled with more conventionally trained people.  If your abbreviated and low altitude patterns mess with their minds, you may have to either fall in line or go somewhere else.  I have often found myself in the pattern with such a pilot.  If he was skookum, we’d just cut inside him on every other landing, making two to his one.  It wouldn’t interfere with his huge pattern and there would be no complaints (at least that I heard).

Now let me address an issue that is only of interest to those of us who teach:  Our classroom is motoring around this pattern with other aircraft.  We are trying to communicate with our student, as well as field any questions he may have.  We are trying to do this while dealing with each of the rapidly occurring positions in the traffic pattern.  The last thing we have the ability to deal with is communication from another aircraft.  Remember that when you are in the pattern.  If you try to engage the pilot of another aircraft in that pattern, you may very well be interfering with a teacher’s lecture.  Is that communication necessary?  Just take that into consideration.  And, unless it’s absolutely necessary, never transmit to an aircraft when it’s landing. When I ran the Sunriver airport, a Bizjet pilot nicely, but firmly, scolded one of my linemen for inquiring on the radio how long the aircraft would be there.  The kid made that transmission as the jet was crossing the fence on final.  The pilot was entirely correct to chide that lineman… and I should have trained the guy better!

We’ve just scratched the surface of this subject.  Noodle on it yourself.  Come up with procedures that will accelerate your learning and keep your hide intact at the same time.  And if you are a student of mine, get used to low, small patterns… or change flight schools. Happy Swooping, Brian