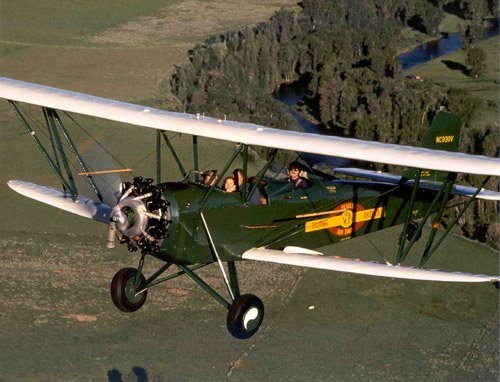 This is a story about nothing, but it’s kind of interesting to me.  I’d been flying with Adam for close to a month.  His dad is an Alaska Airlines Captain who owns a very nice Piper J5 and I was finishing up Adam’s private license instruction.  Since this type of aircraft requires the instructor to sit in the back, there are not very many instructors who will do it.  I’ve written about it before: (https://tailwheelersjournal.com//2012/23-taking-a-backseat/)There’s just something uncomfortable to most instructors about sitting in the back of a tandem airplane.  Some are worse than others.  The J5 is pretty blind back there, but I’ve found that I can demo maneuvers fairly easily from that blind back seat. Mike Dennis from Oregon Aero had even provided some auxiliary seat cushions which helped comfort, visibility and safely.    It wasn’t always that easy.  I think that, to be honest, I’d have to say that it’s taken me a long time to get comfortable in the back seat of a tandem.  Fortunately, some of my earliest instruction was from the back seat of my 100HP Cub.  That helped a lot.  And one day I was given an opportunity to fly for Steve and Suzanne Oliver.  They owned a 1930 New Standard Biplane and needed a relief pilot for ride-hopping.  I was in good company.  In addition to Steve and Suzanne, the plane was flown by aviation legend Joe Kittinger, whose bride, Sherry, served as roustabout and ticket-seller.  The old biplane seated four (that’s right, four and sometimes five) passengers in the front cockpit.  The pilot sat in the back cockpit.  Being a taildragger and biplane with that size and all those people in front of you, you were blind as a bat back there.  That was when people started asking how you could see to land.  Steve would point out, “If you can’t see the runway to the left, and you can’t see the runway to the right, it must be right in front of you”.

I probably learned more about flying in that type of configuration from that airplane than from any other.  I’ve always prized the time I put in the old New Standard and it remains one of my very favorite airplanes, despite the necessity of measuring its roll rate with a calendar.

So it was no big deal to do a bunch of instruction this year in a Super Cub and then in the J-5.  I was actually enjoying unusually great visibility when Jay, Adam and I knocked off from an afternoon of maintenance to just goof off with some formation flying.  Adam got to slide into my usual seat in the back of the J-5.  I hopped in my Cessna 140 and we all formed up over Sisters, then headed for Sunriver to meet up with Jay’s pal, Andy.  Andy rose up to meet us in his PA-12 and the three of us formated around for a while before landing at Sunriver to plan the next stage of our little evening adventure.

As I taxied in to the resort’s tiedown area, there was a New Standard D-25 parked on the ramp, its little stool waiting to help passengers into the front cockpit.  It was “Stanley”.  He now sports a different paint job and he has a different owner, but it’s the same airplane.  It’s the same great old plane that Suzanne, Steve, Joe, Sherry and I all flew and for which I still have such fond memories.

I was having fun, flying with my friends, but I have to admit that, had I not had to pay attention to the flying at hand, I would have been looking fondly at  old three zero victor and maybe even muttering, “Good to see you, old friend.  Thanks, Stanley, for teaching me so much…”