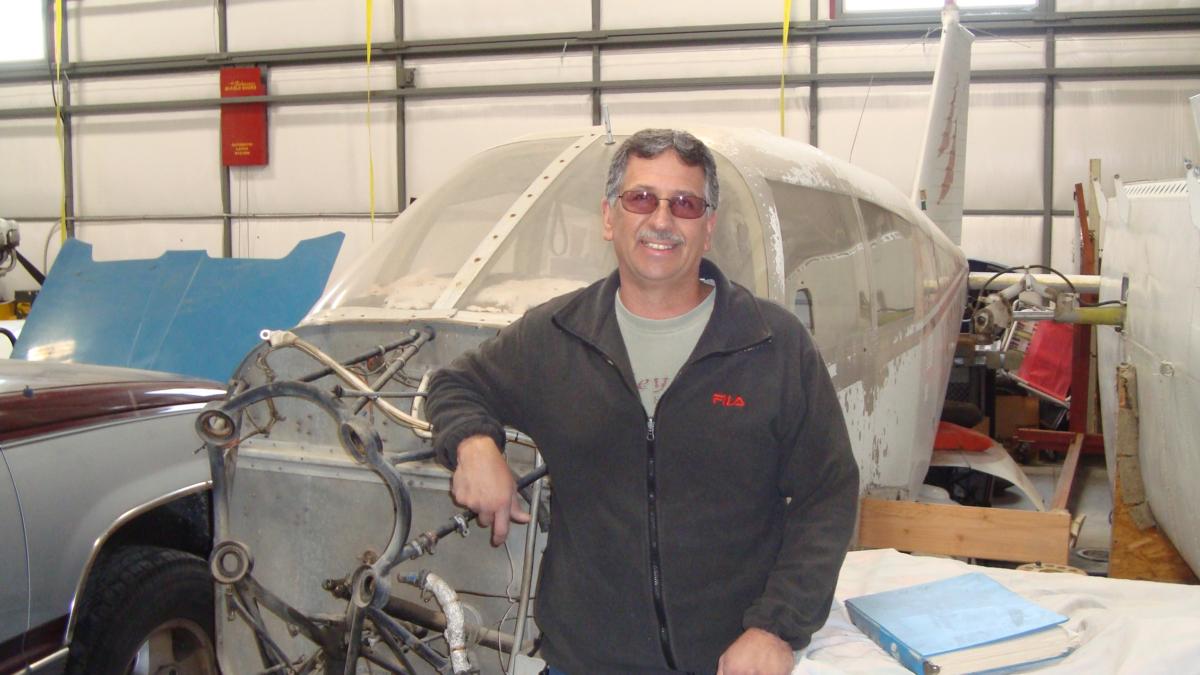 My friend, Tom, loves to fly.  To be able to afford it, he’s always been creative.  A while back he decided to buy an airplane.  Of course he had to be careful not to spend too much.  In fact, what he had in mind was far less than any airworthy craft would cost him.  Tom found a Cherokee 140 that had been sitting on the ramp at the Christmas Valley Airport since Christ wore short pants.  I knew the plane.  Everyone knew the plane.  It had guarded that ramp for years.  The sun had beaten on it, yellowing the Plexiglas and rotting much of the interior.  The paint was victimized, first by the hot sun, then by the snow, hail and frost.  As a result, much of it was worn away.  No one knew what kind of shape the engine was in.

Tom got the plane for a song.  He took the wings off, lashed the thing to a trailer and hauled it home like a dog trotting back with a choice bone.  It would be a project and Tom knew that.  He would take his time and learn a lot while re-building it.

When I wandered into Tom’s hangar and saw the old Cherokee sitting there, I couldn’t resist declaring, “Man, you’ve sure got your work cut out for you, don’t you?”

The first year that I used a Piper Cub in my comedy act was also the year  I realized that if I was going to perform this act all over the U.S. and Canada I’d have to trailer it.  After all, my comedy act, which incorporated seven ducks, sound equipment, a dog and a duck delivery lady had to travel.  It was a lot better for all of us to travel together, cut the expense and share the driving.

Our first trailer was open.  The Cub sat on the trailer with its tail forward.  Two “A” frames straddled the fuselage and held the wings to each side.  We’d only use that arrangement for one year.  After that, we built an enclosed trailer which had a cage for the ducks and lots of space inside for props and gear.

I always said that the act was like a live-action cartoon.  My character of Krashbern T. Throttlebottom was a disreputable character who operated on a shoestring.  His flight suit was tattered and patched and his airplane was a mess.  This was a calculated move.  Each removable part of the airplane was painted a different color.  That alone made the plane look like something Krashbern had salvaged out of a wrecking yard.  But the plane was used for aerobatics and was well-maintained.  It had a beefed up tail section and added strengthening attachments on its lift struts.  In order to be quickly disassembled and reassembled, the aileron cables were equipped with shackles on each side and a special tool had been designed to supply tension on the aileron cables in order to put them back together properly.  So basically, the Cub was a disreputable looking airplane that could be assembled in forty-five minutes and be up doing aerobatics in front of an air show crowd.

It was that airplane on its open trailer that was behind my truck as I pulled into a little country store and gas station in the Louisiana countryside one summer afternoon. 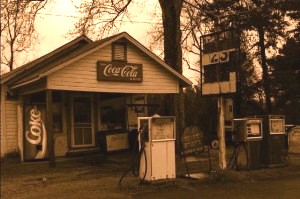 Moss hung from the oak trees which supplied shade to the clapboard building.  Paint peeled on the side of the building.  There was an old Coca Cola chest dispenser out front next to a rusting ice storage freezer.  Inside, a bare wood floor had been worn smooth by generations of locals coming in to pick up a quart of milk, some chips or to pay for their gas.  The proprietor was an old, unshaven geezer, who leaned on the counter and probably valued his customers as much for their companionship as for their business.  Some of those customers were usually parked outside on a creaking wooden bench under the lean-to roof.  My friend George DeMartini would have referred to that bench as “the Group W bench”, referring to the bench at the draft board where the rejects sat in the old Arlo Guthrie song, “Alice’s Restaurant”.

One of the geezers on the bench perked up as we rolled to a stop in front of the gas pump.  He slowly raised up off the bench and limped slowly over to the trailer, his gimpy leg causing him to lurch a bit like Walter Brennan.  Nearly worn out brogans and soiled overalls over a torn tee shirt made up his outfit which is pretty much de riguer for old guys in those parts.

Now, I’ve noticed an interesting thing about most old guys when you put them next to an airplane.  Most of them love airplanes. Most of them claim to know far more than they actually do.  It’s almost like some kind of flying background is an affirmation of manhood for a whole cross-section of America’s geezerhood.  This guy was no exception.  He slowly moved around the plane.  He reached out and poked at the tires.  He ran his fingers over the propeller and moved it back and forth, proving that he really wasn’t an aviator.  He looked at the multi-colored wings and the cowl of similarly mis-matched colors.  He shook his head as he wandered over to where I filled the Duckmobile’s tank.

He ignored the greeting.  He jerked a thumb toward the plane and advised me, “boy, you’ve sure got your work cut out for ya there”.