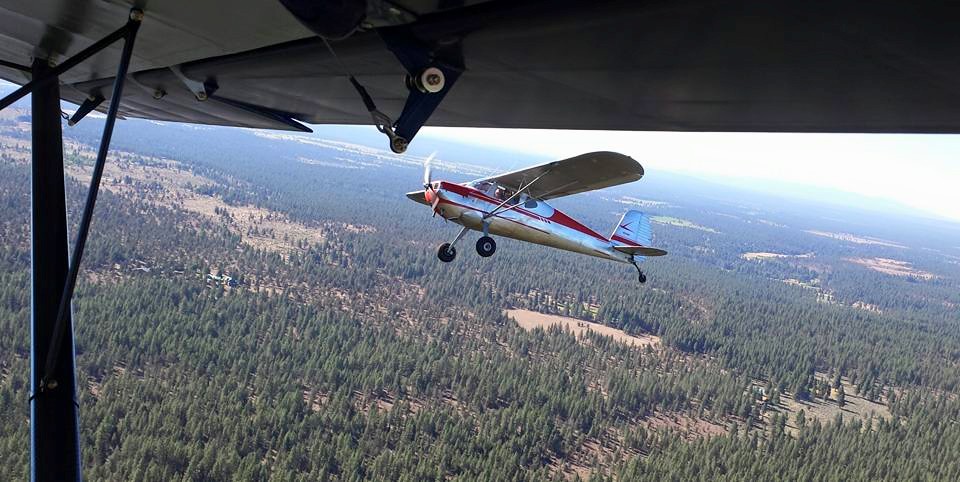 There may be no better symbol of how flight training is conducted than the old debate about what controls speed and what controls altitude.  Those who decided how they would teach others to fly must have been confounded by this question, but they pressed on, coming up with a method that the Whuffos who climbed up out of the slime of the ground-pounder could understand.

“Power controls altitude and pitch controls airspeed”, they told us with didactic positism.  And you know what?  They could prove it.  But what they DIDN’T tell us was that the opposite could also be proven.  To the Acme Flying School, “It all depends” was a wholly unsatisfactory answer to the question of what does what.

And you know what?  To this day, there are doubtless thousands of pilots who were taught that way and who still believe it to be so.  It must be remembered that the motivation for this explanation is the same as for the development of the nosewheel: to make flying easier to learn.  After all, the old truism of “they buy what they fly” is very understandable.   But it’s important to understand the truth.  Some will never figure it out.  The chasm that exists between them and the ones who figured out the truth is so deep as to be un-crossable.  Let’s cross it, shall we?

The Acme instructor, with the confidence that his three hundred or so hours can produce, will give us a demo.  In flight, he will increase the power and the airplane will climb.  Then he will push forward on the elevator and the airplane’s airspeed will increase.  He has proved his point.  But, let’s say that he wants to prove that the opposite is true.  He then increases the power, while maintaining the altitude with elevator.  Bingo!  The airspeed increases.  Then, he pushes forward on the control wheel and, Voila!  The altitude decreases.  He has just proven that, indeed, it all depends. 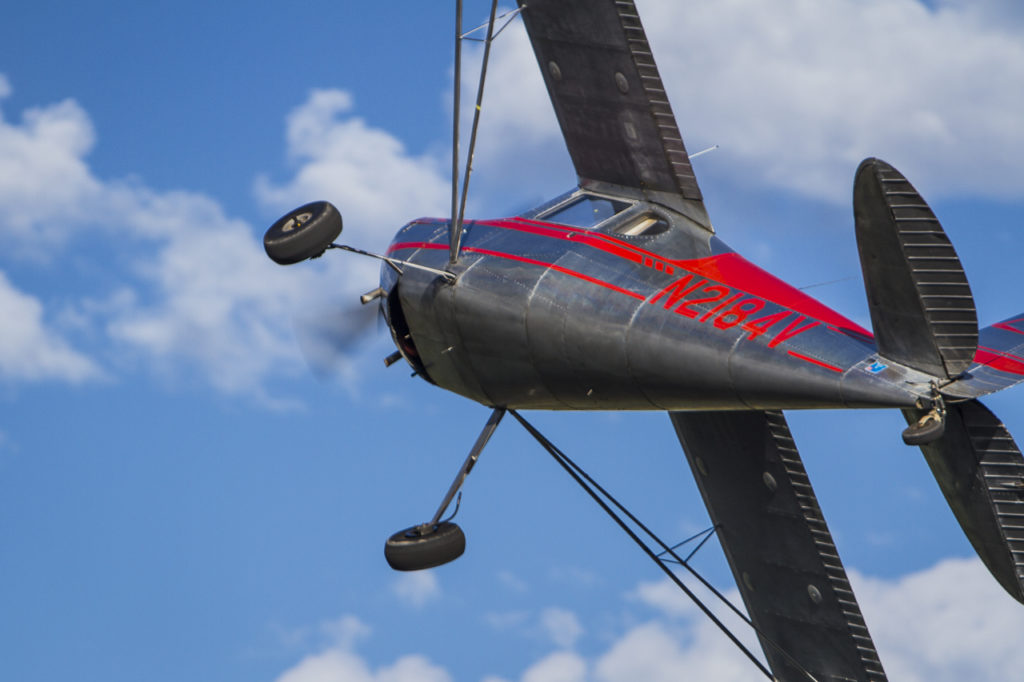 The climbing turn is one of the most dangerous maneuvers a person can do because they can easily skid and over-G the airplane.

At Tailwheel Town, to fail to understand this relatively simple concept is to be unable to perform the maneuvers that we use.  Let’s take “Slaloms”.  As we carve a turn across the center line, the speed with which we race down the runway is controlled by power.  We use the aircraft’s attitude to tell us whether or not we are using enough of it.  If the pitch attitude of the aircraft is too high, we simply add power.  The speed increases and we must lower the nose to keep the airplane on the ground.  We are no longer struggling along, but are now at a roughly level pitch attitude.  With that added speed, our control inputs are more effective.  We gracefully carve our turns, alternately crossing the center line as we proceed like a snake, curving down the runway.  And because we know that, in this case, pitch controls altitude, we keep the airplane’s main gear planted on the runway, with a little forward pressure on the elevator.  Because, if we fail to apply that pressure, the durn thing will very likely leap into the air!

I once knew a very proficient pilot.  He’d amassed thousands of hours and was an excellent pilot.  But I can’t tell you how many times I heard him explain trim… “Once the aircraft is trimmed, if you add more power it will climb at the speed for which it is trimmed.  If you decrease power, it will descend at that same speed”.  He was dead wrong.  I guess he’d never performed a very simple experiment to find out the truth. 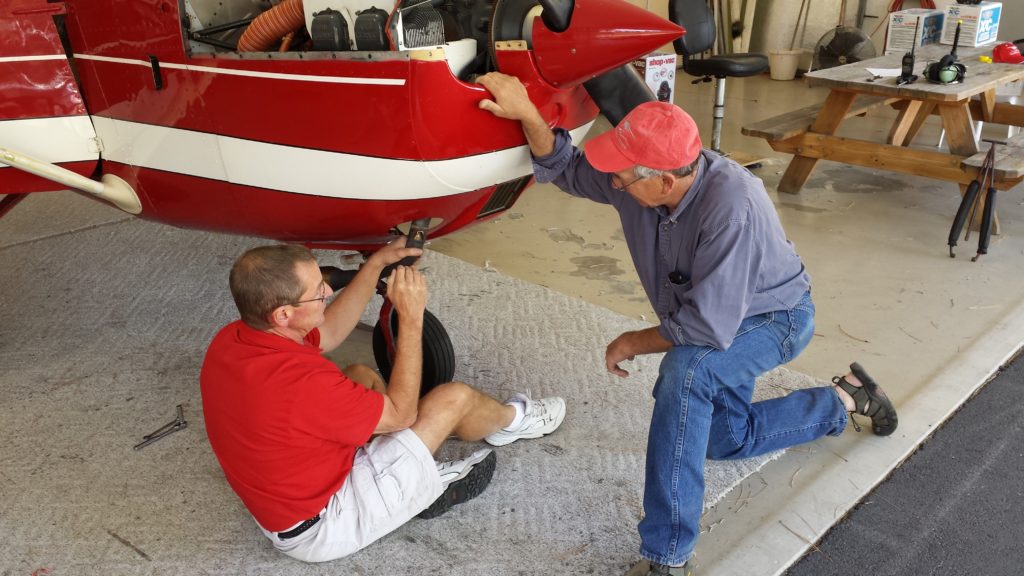 Jerry (left) performs maintenance on his 172 as Brian looks on.

People have long heard me extol the talent of my pal, Jerry.  On those rare occasions that ol’ Jerry shows up at Tailwheel Town, they would flock to him to ask him technical questions about the control of their airplanes.  Imagine their frustration, when Jerry would answer their questions with “Well, it all depends…”  But you see, he just shared a great truth with them.  And the day when the fledgling flier learns how true it is that, “it all depends”, is the day when that flier begins to approach mastery of the aircraft.

#183 A Visit to the Groundloop Saloon