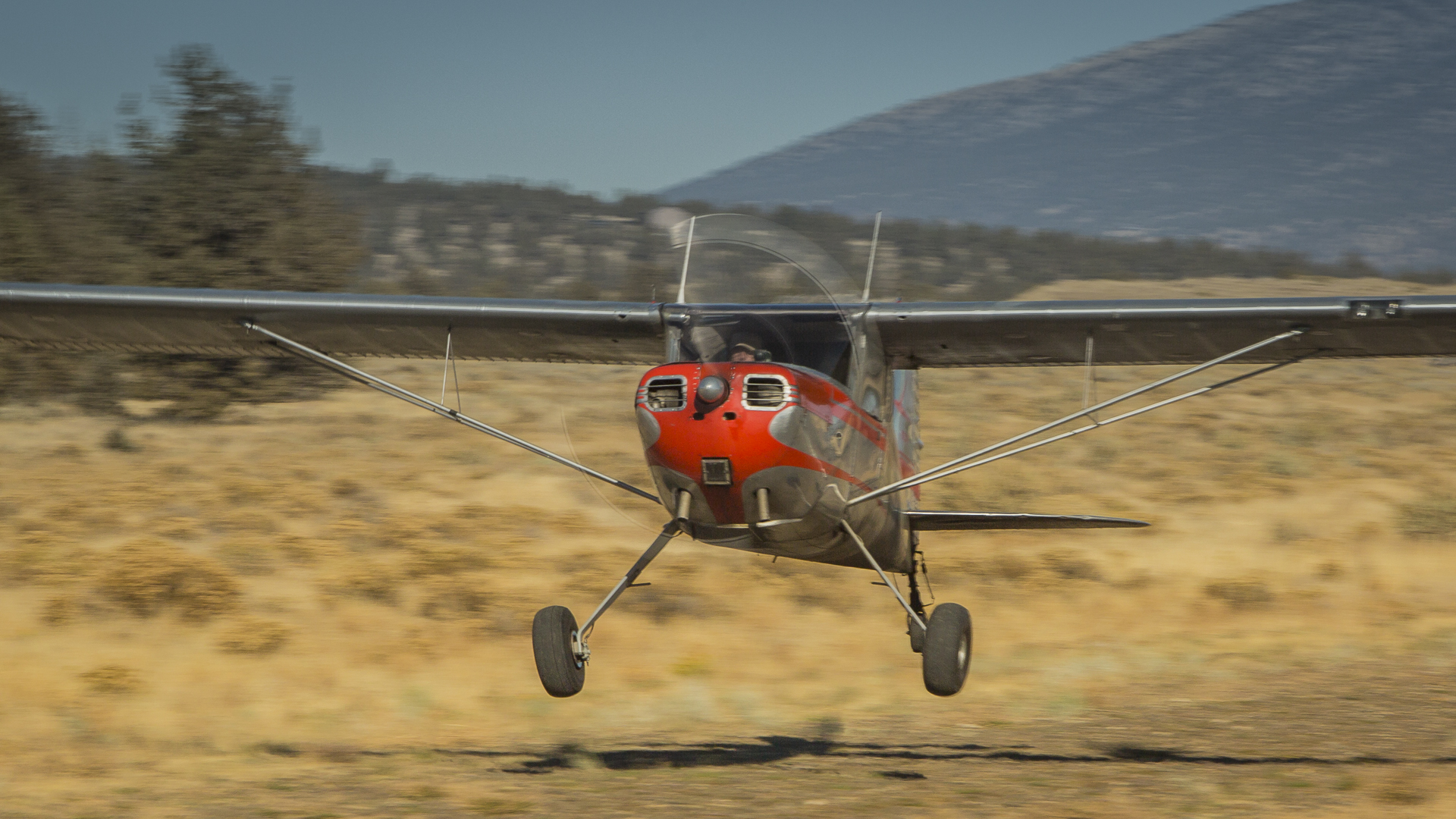 There are some of you who have never put an airplane onto a dirt or grass strip.  You would be amazed at how many rated pilots have NEVER landed on dirt or grass.  Trust me, I get this all the time.  A Tailwheel Endorsement or Master Class applicant will declare to me, “that was the first time I’ve ever landed on dirt!”.  It’s really to those that I’m aiming this little article:  The most forgiving terrain you can ever put an airplane on is dirt or grass.  For one thing, the surface itself is incredibly forgiving.  The tires of your airplane will not be “grabbed” by a paved surface, so the heading of your aircraft will be a lot easier to maintain. 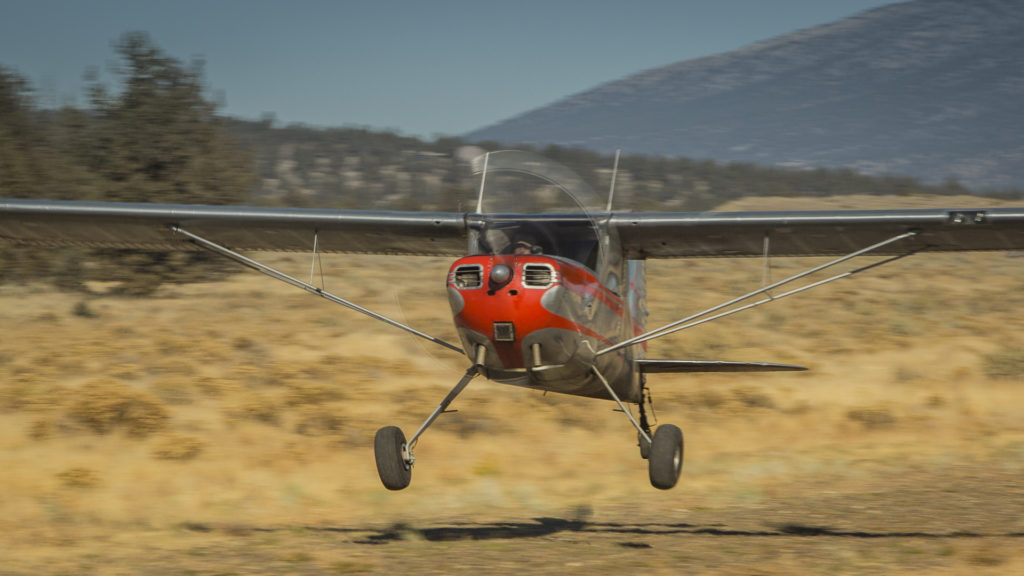 The Tailwheel Town Cessna 140 landing on a dirt runway. (photo by Bert Garrison).

For all of you who are concerned with “rules”, you should know that at a normal airport, there are very few “legal” dirt runways.  One that I use all the time, is not a recognized runway.  It is simply the area to one side of a paved runway.  So we announce its matching paved runway on the CTAF when we call our position in the pattern.  I guess that while we’re on the subject of legalities, we should point out that simultaneous operations on an unrecognized runway are not allowed.  I know of one legal grass runway which sits alongside a paved runway.  Although those of us who use them both refer to them as “Right” and “Left”, simultaneous operations are still not permitted, although we often disregard that rule if we trust the other guy!

You don’t know what’s hiding in the grass to one side of that grass runway, so don’t be allowing the airplane to head into it!  There could be big ol’ rocks!  Keep that plane right smack in the center to avoid those embarrassing collisions! Probably the most common mishap is to hit a runway light when you should be rolling out between them if you’re planning to leave the dirt and taxi back on the pavement.

This brings up what may very well be the most important challenge to the pilot just starting to use a dirt or grass runway.  You see, most pilots don’t know how to put the airplane exactly where they want it. But that is what they will need to do in order to keep the airplane from wandering into the deeper grass which might be hiding rocks or to avoid a big ol’ hole right smack dab in the middle of the runway.  You see, landing on the runway isn’t always good enough!

And I’ll close with one of the most useful characteristics of a grass or dirt runway:  It’s the fact that it’s normally very safe to do a landing to a full touchdown while in a forward slip to one.  I don’t think I’ve ever had a student who would do that. Mine do.  I try to teach that completeness to every Master Class graduate and to my two current students.  The grass runway is forgiving enough that it will not grab your tailwheel, giving you the completeness that we’d all like to get out of a forward slip.

#163 Incident at Drewsey (or, Luck and Preparation)