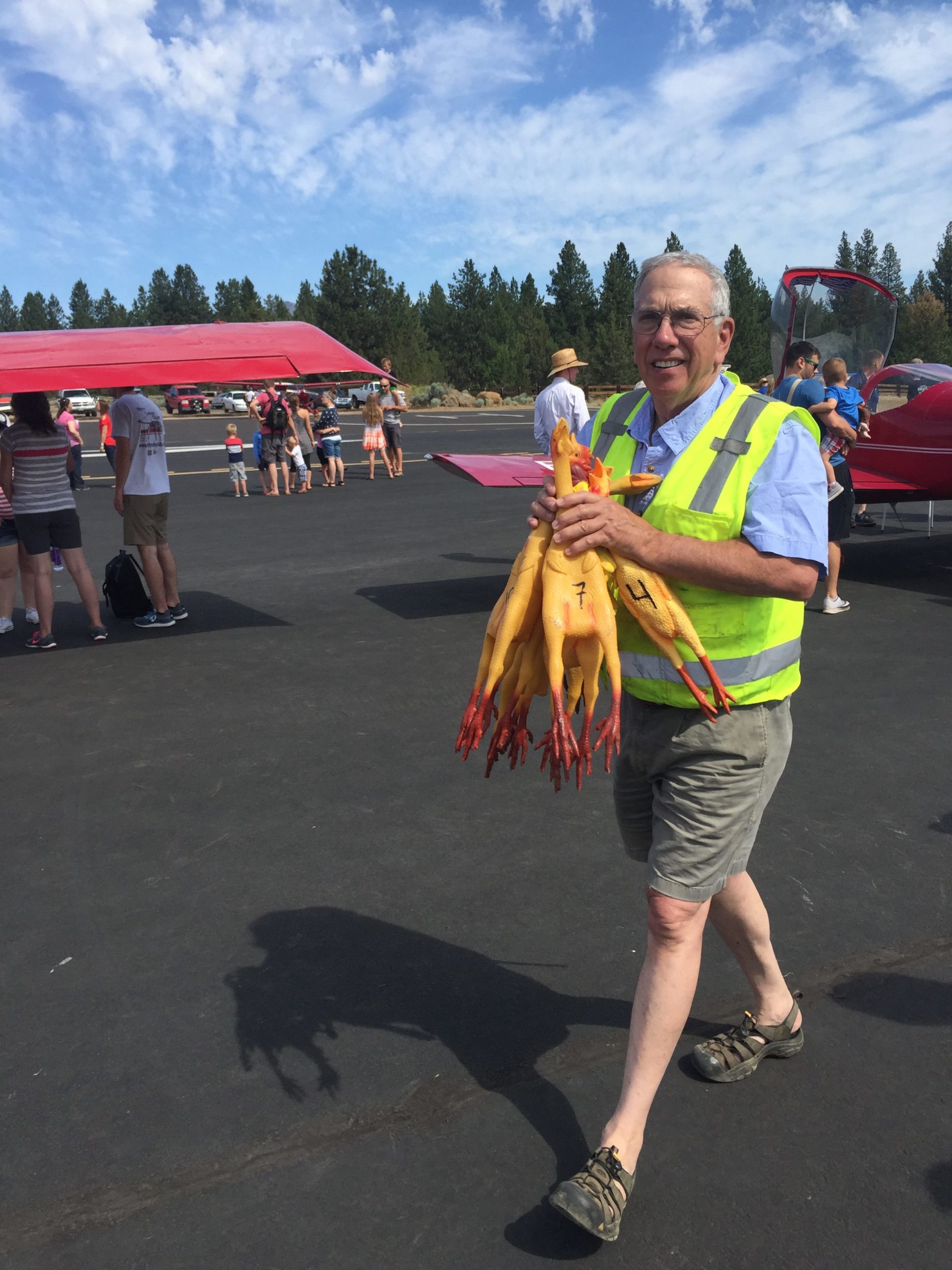 I once heard someone say that general aviation is the most regulated form of transportation that there is.  I don’t know if that’s true, but it’s gotta be close.

Those who have read my rants know that I believe that most regulations were created in order to regulate common sense.  In other words, the folks who create the rules believe that the rest of us NEED them.  Otherwise we’ll do stupid stuff.

I’ve also heard that it’s virtually impossible to take a flight without breaking a rule.  That might be true as well.

And just when I thought that the rule dreamer-uppers had just about dreamed up every rule they could, they pulled a fast one on me. 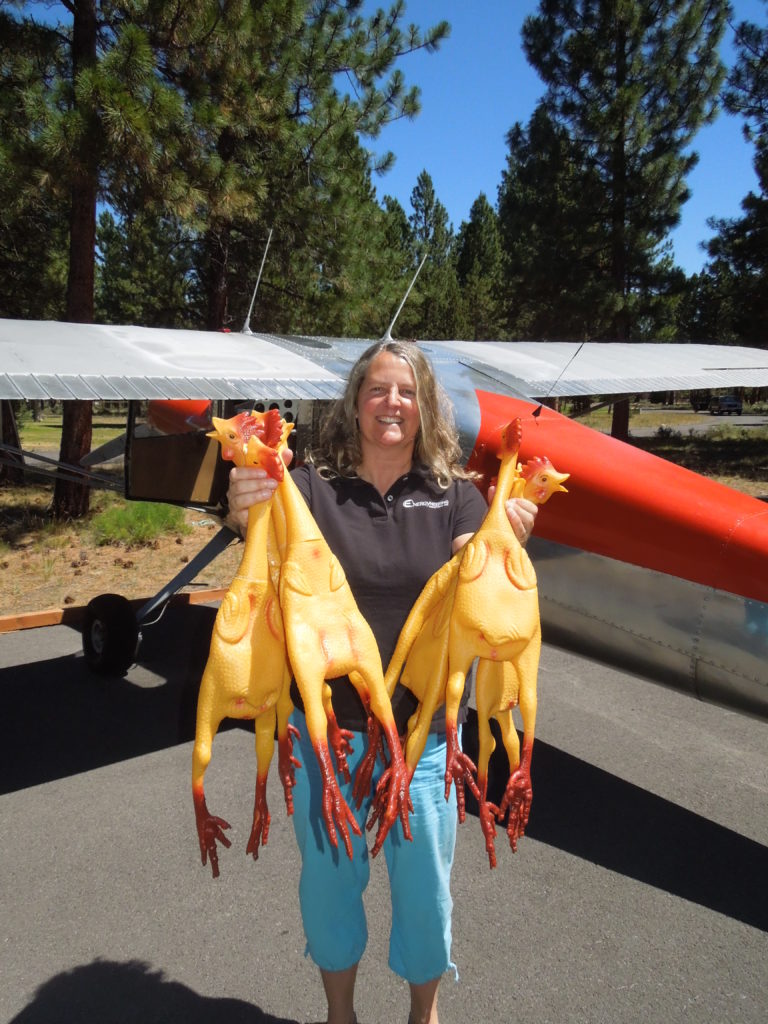 Julie Benson with a handful of Rubber Chickens.

With a good friend, I was practicing for the “Great Rubber Chicken Drop” at the Sisters airport.  With lots of practice approaches and drops, I used a fairly close approach.  But someone who was watching was just sure that there must be some regulation I was busting[1], so she called the FAA[2].  When I had my conversation with two feds, I pointed out to them that I knew the rules and that I had violated no FARs while practicing for the rubber chicken drop (some of you are starting to giggle right now and I don’t blame you!).  At that point, one of the boys in polyester pants pointed out to me that it wasn’t enough to follow the rules… we also have to be “good neighbors”.  Although I pointed out to him that I didn’t realize that not being a good neighbor was grounds for a violation, I have to admit that I kinda and within reason agreed with him!

I find myself often trying to be a good neighbor. Here’s an example:

We have a hater who actually owns a home on the airport.  It’s a home he bought so that his kids could practice basketball in its giant hangar in the winter.   When I take off at this airport, I actually take pains to clear his house with more than the legally required clearance, not that there is any such thing!  It costs me nothing, doesn’t put me at any more risk and is a neighborly thing to do, considering that I know how much he hates airplanes.  On those rare occasions when a student didn’t fly the same route on takeoff and actually got a little closer, the owner would actually stop me later on the road and bitch about the flight!  Does he know that he’s bitching at the one guy who actually goes out of his way to minimize his imagined risk????

But here’s my point:  So often, the conversation among pilots is concerned with regs, when I think it should be about flight safety.  Howcum, we think that regs are so flippin’ important. They are not.  What’s important is that pilots should know how to maneuver their airplanes safely, not necessarily legally.  I also think that it’s really important to know the regs, whether or not you follow them.  Because, you see, sometimes you might be legal, but you still won’t win.  And remember:  The ones who write the rules, don’t fly airplanes…. They fly desks.

[1]Very few whuffos know the regulations concerning aircraft operations.  Their favorite one to louse up is the reg that states that no airman shall operate his aircraft closer than 500 feet to persons, vessels, vehicles or structures except for the purpose of taking off or landing (CFR 91.119).  They just assume that airplanes must remain 500 feet from everything!

[2]No, not the FFA. That is the Future Farmers of America, who are often given credit for regulating aviation.  The FFA is an organization whose purpose is to encourage youth in agriculture.  There’s’ a big difference!