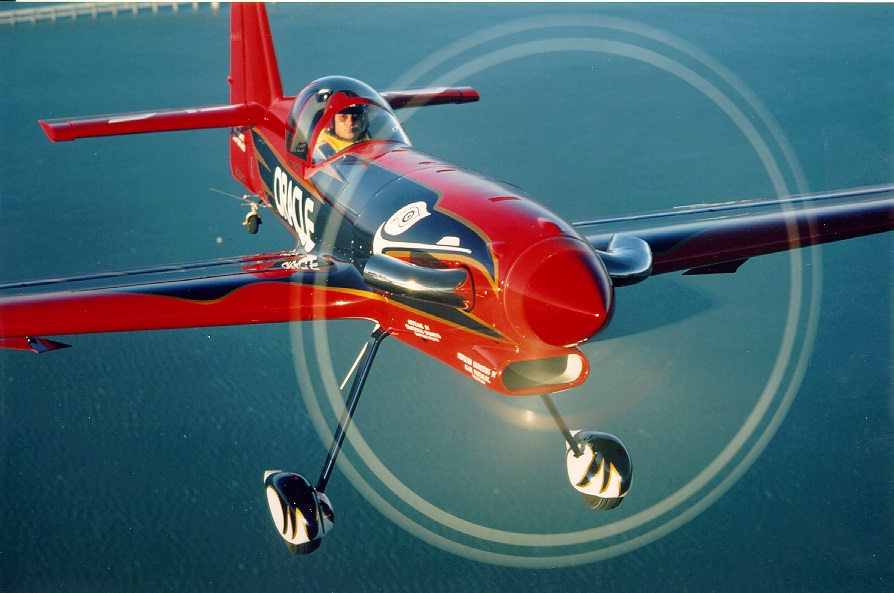 It was many years ago and I was staying at Wayne Handley’s place near Salinas, California.  Two things captivated me about Wayne (well, actually there were several, but two come quickly to mind).  One was the “frog and pond” effect of which he became a graphic demonstration.  Because, when Wayne walked down the sidewalk in his home town, virtually everyone greeted him by name with obvious respect. Wayne had become a “frog” of fairly big size in the “pond” of that little town.  Most people still don’t know who he is, but those who are really into aerobatics and the building of aircraft certainly do.  He has attained the perfect amount of “frog size”.  He’s big enough to be recognized and to be respected, small enough to proceed through life un-bothered.

The other thing happened as I was wandering through Wayne’s garage, where he keeps kayaks and other items that help define who he is. He stopped and suddenly realized something: “Have you noticed,” he said, “that all my hobbies require the wearing of a helmet?”  Suddenly it was as if Wayne understood what that simple fact meant, how it defined him as a man of action.

I make a living teaching pilots how to be better. For years I did it in a very low-performance airplane, the Cessna 140.  I learned that those who owned RV aircraft had to get used to the ridiculously slow roll rate of the 140.  I have related to several of them that I had the chance to fly one of Wayne Handley’s “Ravens”.  Wayne asked if I’d like to roll it and when I said I sure would, he instructed me to move the stick all the way to the stop in order to make one complete roll, then stop straight and level once more.  I think I rolled about three revolutions before being able to stop the roll! That’s how effective the roll rate was in that airplane which Wayne had built in order to perform at airshows and also to teach aerobatics.  Years later, I stood with my son, Hooper, in the aviation museum at McMinnville, Oregon. There, hanging above us, was the only airplane in that beautiful place that I had flown.  It was Handley’s Raven.  It was the only airplane in any museum that I had ever flown.