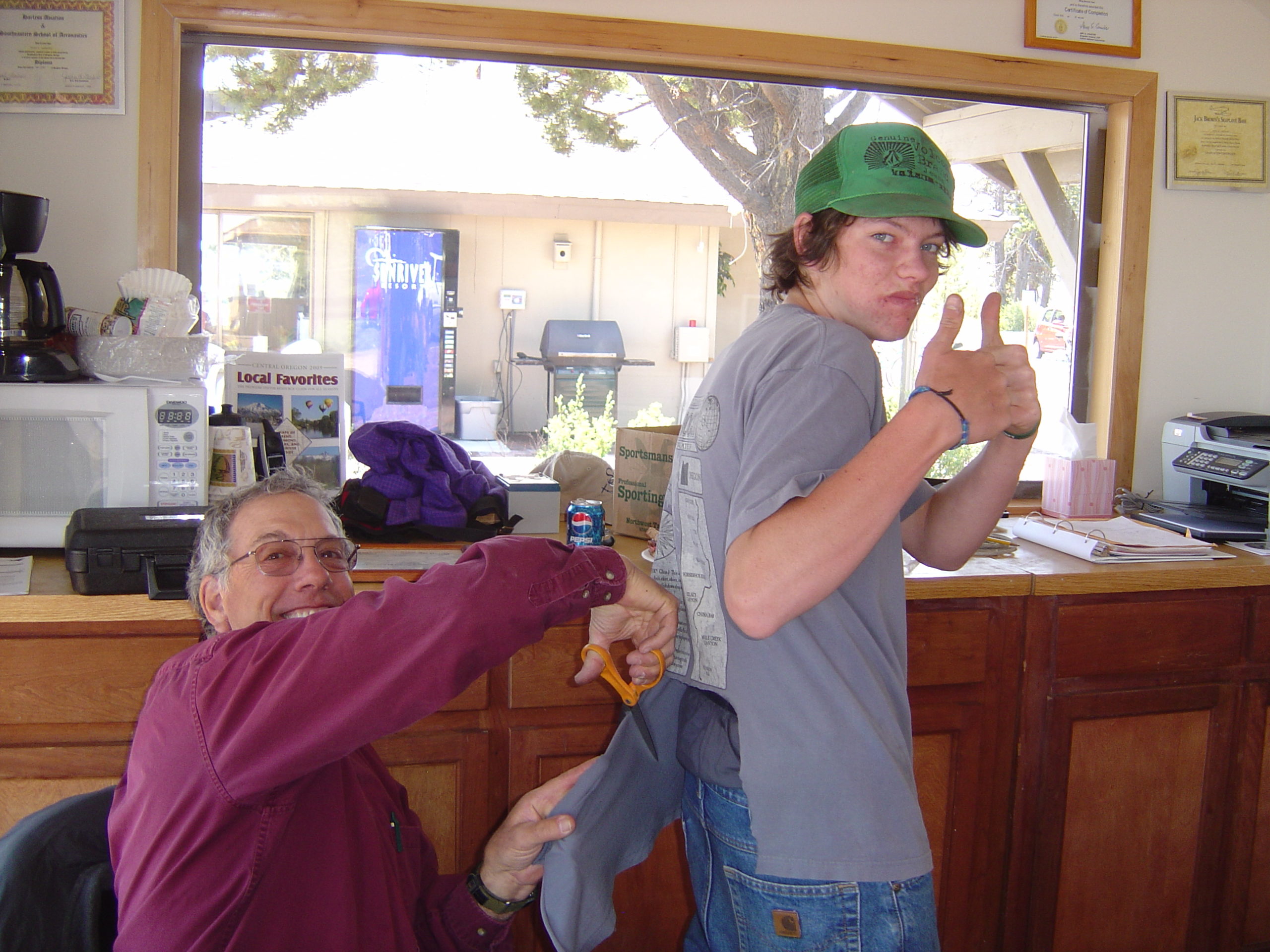 In a recent article in the Tailwheeler’s journal, I described with my tongue just a little bit in my cheek, how I’d established a new tradition, that of a CFI peeing on the windsock pole when a student solos. Well, it may be that sometimes I crack myself up… and it may be that I was giggling to myself a bit when I wrote that article, but I have to admit that it was only halfway in jest.  I’m a believer in the traditions of aviation, and that’s probably why a fairly insignificant comment really upset me.

It seems that a CFI recently made an entry to a Taylorcraft forum in which he declared that he no longer cut the shirt tails off of newly soloed student pilots.  I guess that he felt that tradition was no longer important.

Here’s why I found that comment really upsetting.  You see, aviation has a few wonderful traditions. In skydiving, as in other pursuits, the first time you do damned near anything, it’s going to cost you a case of beer.  And with airplanes and gliders, as well as other categories of aircraft, it’s traditional to cut a shirt tail.  Without getting into where the tradition comes from, why is it so important?  I think it’s because it’s a touchstone. It’s something that every student pilot can aspire to.  Don’t you remember the day that your shirttail was cut and maybe you still have that shirt tail, languishing in a drawer somewhere.  When I instructed for Outlaw Aviation, we took a picture of each shirt tail, drew a cartoon on it and framed the photo for hanging on the wall in our office.  Shirt tails at Carol Walker’s FBO in Texas become works of art.

And just as the CFI is not supposed to care about how valuable that shirt was, its value is nothing compared to what the student “paid” in sweat and concentration, not to mention cash for the moment that it was cut off.  If we stop cutting shirt tails, we might as well say that it’s really not worth much that you soloed, certainly not as much as the shirt you were wearing when you did solo.

So now you see why I think that this tradition is so important?  Thanks. I feel better, getting that off my chest!