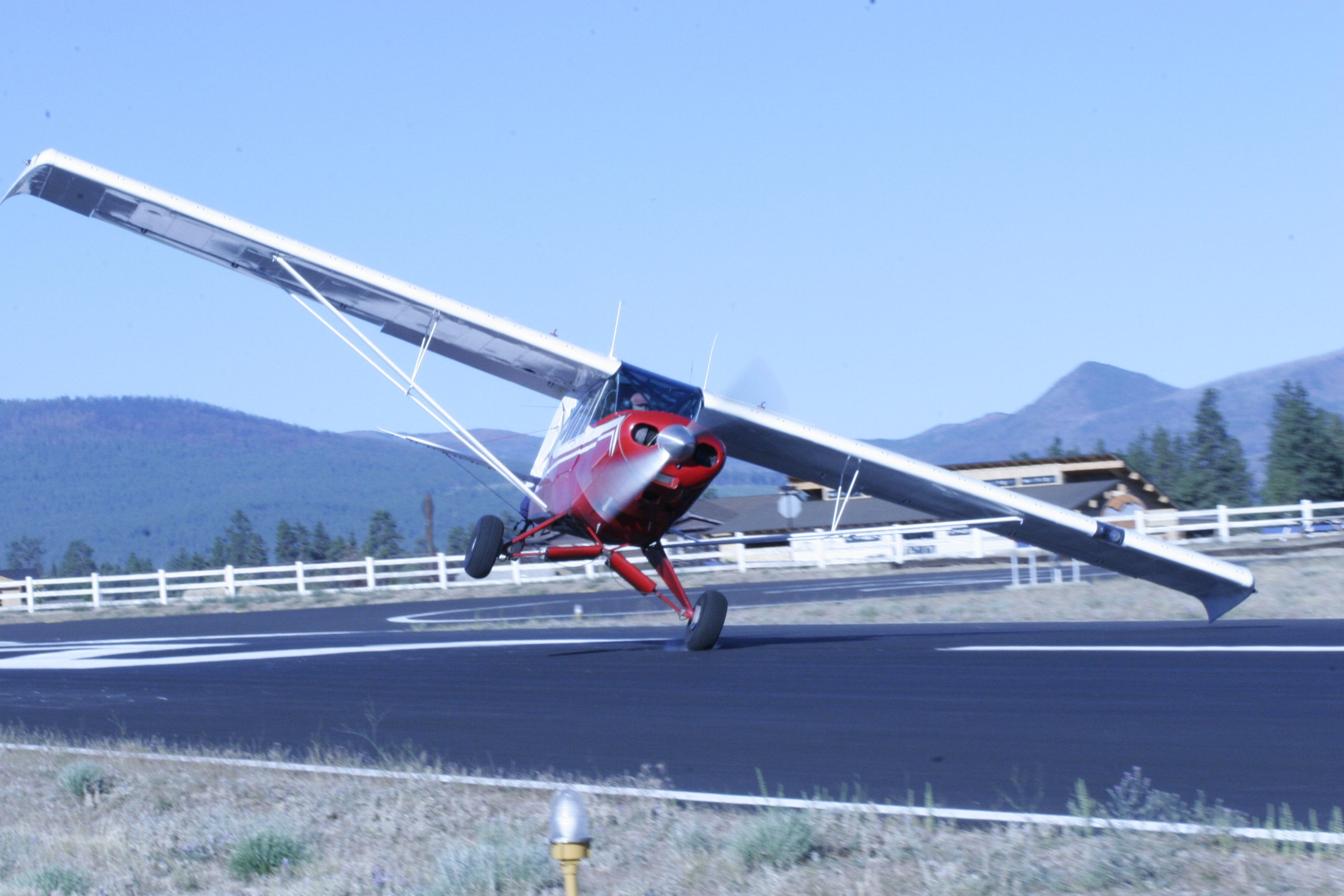 This is the first of several articles on really difficult maneuvers,  a fact you’d know if you subscribed to the Tailwheeler’s Journal Newsletter.  Send me an email if you’d like to be on it.  It’s free and won’t result in any pitches!

The same lightbulb went off over the top of my head a while back when I invented the “Dutch Touch”, then found that it was a bit more complicated than I had originally thought!

Here’s the concept:  When we’re at altitude and we have lots of practice under our belt, the Dutch Roll seems pretty simple (The “Dutch Roll” is considered by many to be mis-named.  What follows is a description of the maneuver as it’s usually taught, right name or not):  The Dutch roll is simply a series of alternating banks done relatively quick and perfectly coordinated so that the heading never changes, and your upper body stays in one position (that pesky ball of the turn coordinator stays centered as well.) 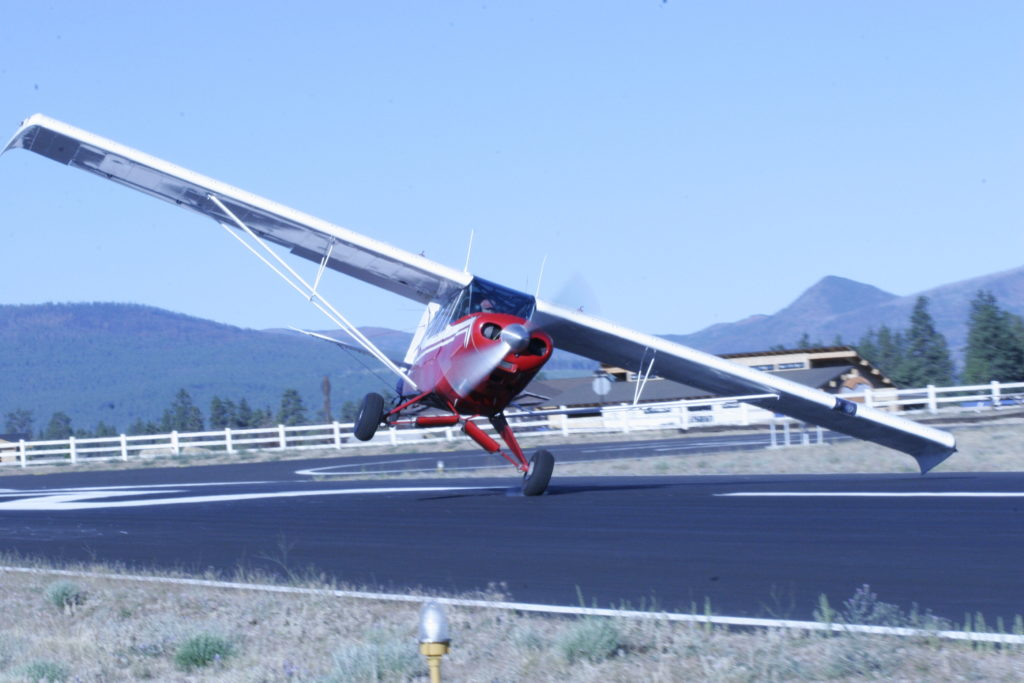 The Tailwheel Town PA12 executing the Dutch Touch.  It’s about to roll the opposite direction to put its other tire on the runway. Note how its “droop tip” is close to the ground. (photo by Walt Lasecki)

Just a quick word to those who will be called upon to do this maneuver in one of my courses:  Don’t be a pansy.  Put in ALL of the aileron in order to roll with ALACRITY!  The reason I say this is that most of my applicants start this roll really slow.  I’m sorry, but I’m not taking a nap and would really prefer to judge a roll that that is done quickly and not with timidity.

So, doesn’t it stand to reason that all we have to do is take this coordination maneuver, move it to a foot or so off the ground and start banking back and forth in order to perform “The Dutch Touch”?  As the airplane banks, the wheel closest to the ground will touch and then we’ll bank the other direction and touch with the other wheel.  But there are a couple of reasons that this is not as simple when we’re in the cockpit as it seems when we first dream it up.  One is the wind.  It conspires to move us to the side if it’s a crosswind (and it’s ALWAYS a crosswind). That’s why you’ll sometimes hear me refer to “the DEFAULT crab angle”.  If there is any crosswind (and there usually is) we will have a “wind correction angle” or “Crab” in that moment when the wings are level.

The other is the fact that we didn’t realize that the lift changes as the bank changes.  In order to keep the airplane that silly foot off the ground, we have to be constantly changing the angle of attack so that the vertical component of lift remains constant.  Well, shucks, that’s no problem for us cool aviators.  Right!

And here’s the part that I didn’t want to write:  If I never suggest the Dutch Touch to you it’s because I don’t want to burden you with an incredibly difficult maneuver. If I DO suggest that you try it, it’s because I think you’re a pretty damned good stick.  There!  I just insulted well over half of my students.  Oh, well, I was gonna quit teaching anyway!