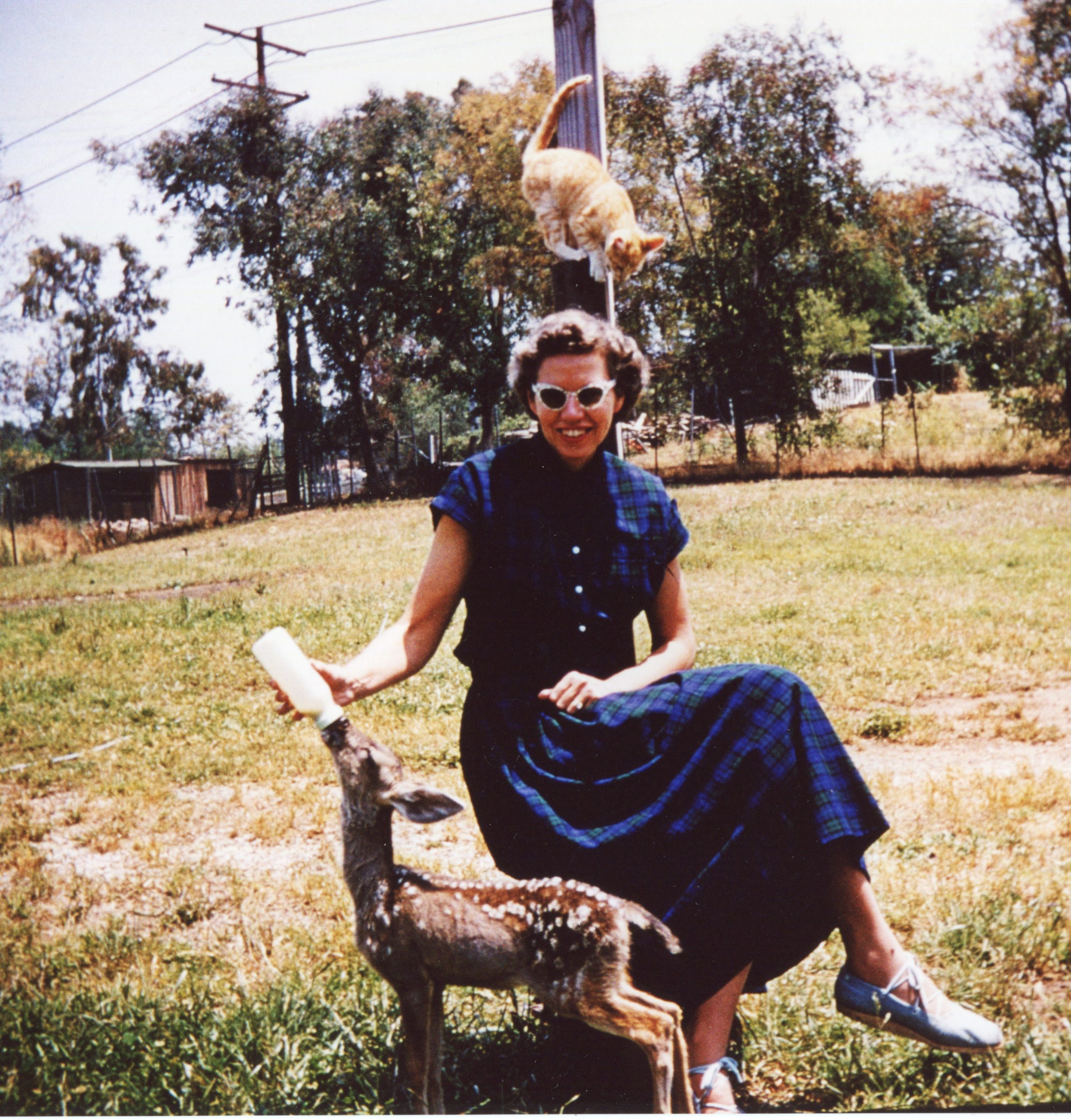 This article comes out on Mother’s Day, 2018.  It’s not only a salute to my mother, but all mothers who mean so much to their children, some belatedly.

I think it was during my senior year in High School.  My friends and I had become consumed with rock climbing.  I would often spend weekends either at Yosemite or more often at Tahquitz.  I’d come home on Sunday evening filled with climbing stories and my mother was often all ears.  I wish that I’d only had the maturity to share our stories by listening more to hers. After all, she had been the first in her family to go to College.  And simply going to UCLA was a big deal for a woman born in 1911.  She had not only graduated from college but had also found a career and ran Disney’s publicity office for a while.  She’d married my father, who was a blossoming film maker at Disney and the two of them were among “El Grupo”, the small band of Disney employees who Walt selected to go to South America with him.

Eventually both my mother and father had quit their jobs at Disney and worked as a team, she turning the stories that he dreamed up into screenplays.  I was in awe of her talent for writing, and I have to admit that it was the purely technical side of that pursuit that fascinated me as much as the creative. After all, she used a big ol’ typewriter into which she would sometimes feed as many as three to five sheets of onionskin paper separated by carbon paper.  That combination enabled her to pound out five copies of a screenplay at the same time.  An error would be a nightmare to fix and perhaps that’s why she was able to type about 60 words per minute with hardly ever making a mistake!

My mother had a sense of adventure.  The City Girl had become a country girl because of it and she took care of a large menagerie of animals, traveled all over the place working for Walt and with my father.  So it should have come as no surprise that her ears pricked up as I described rappelling down a rock face.  She wanted to try it.

The next thing I knew, we were hauling a bunch of gear down to the Oakwood Avenue bridge right next to our house.  I whipped up a “diaper sling” of 1inch tubular webbing.  Then I snapped in a combination of brake bar and carabiner with which she could apply friction to the double rope down which she’d slide.  And finally, considering that she was my mother, after all, I snapped in a belaying rope so that I could protect her as she descended from the bridge rail to the sandy wash below.

By the time she was ready to go, the whole damned neighborhood seemed to be there to watch.  Mom carefully sidled over the rail, then leapt off.

The sound of rope whizzing over the breakbar made a great noise which accompanied her descent.  I think she was thrilled right up until she plopped down into the sand below.  The neighbors all applauded.

Mom’s rappel off of the Oakwood Avenue bridge was kind of symbolic of her sense of adventure. She also had a great sense of humor, which she seems to have passed on to her sons.

My brother was two and a half years older than I. He still is.  But when he was about fifteen, he was big enough to hoist mom over his shoulder.  One evening, she objected to the three Lansburgh males’ tradition of wrestling in the front room.  It was a large space that our grandfather had designed with open rafters.  As we wrestled, the three of us would sometimes use the rafters as horizontal bars from which to swing.

Larry Jr. had picked Mom up and held her over his shoulder.  Mom wriggled from her position on my brother’s shoulder.  As he was contemplating how he would hoist mom up into the rafters, she used that time to take action.  From her position upside down slung over his shoulder, she bit him on the butt.  He dropped her immediately and she scampered off without having had to suffer the indignity of being tossed into the rafters.  He left the experience with a red lipstick print on the rear end of his white jeans.

Her assumption of the leadership of the Disney publicity department, followed a stint at RKO, where she’d been whistled at by the giant-sized ape dummy of King Kong as it was hauled through the back lot. She became an animal woman and traveled all over the world.  She rode bulls and polo ponies.  If she were alive today, she’d probably ask if I’d let her loop the Cessna.  But I will always remember her for her writing skill and her sense of humor.  She affected me and helped to mold me into who I am today.  For that I’m grateful.

I never thought much about Mom’s influence on me while it was happening.  Now that she is gone, it occurs to me that her influence was huge.  Do I wish I could bring her back in order to make sure that she knows how much she was appreciated?  Sure. But perhaps the best thing I can do to honor her is simply to be true to her influence, to be honest as I practice the things she taught me. 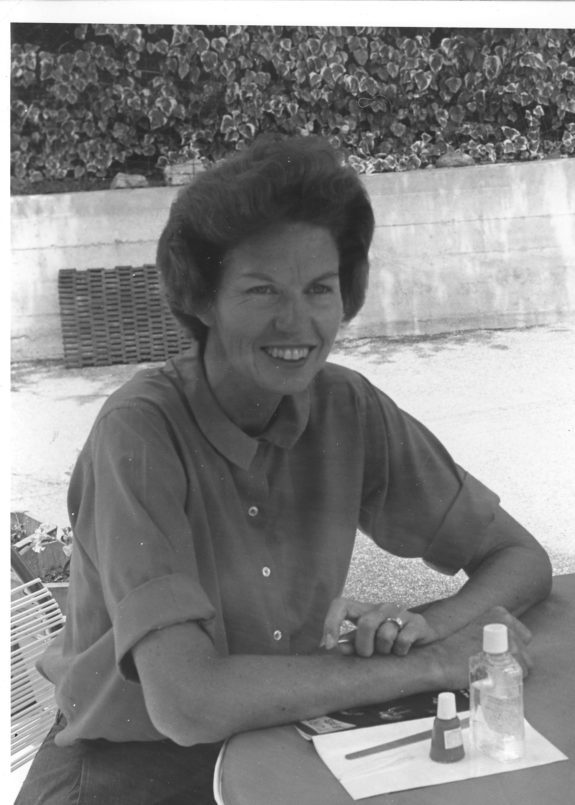