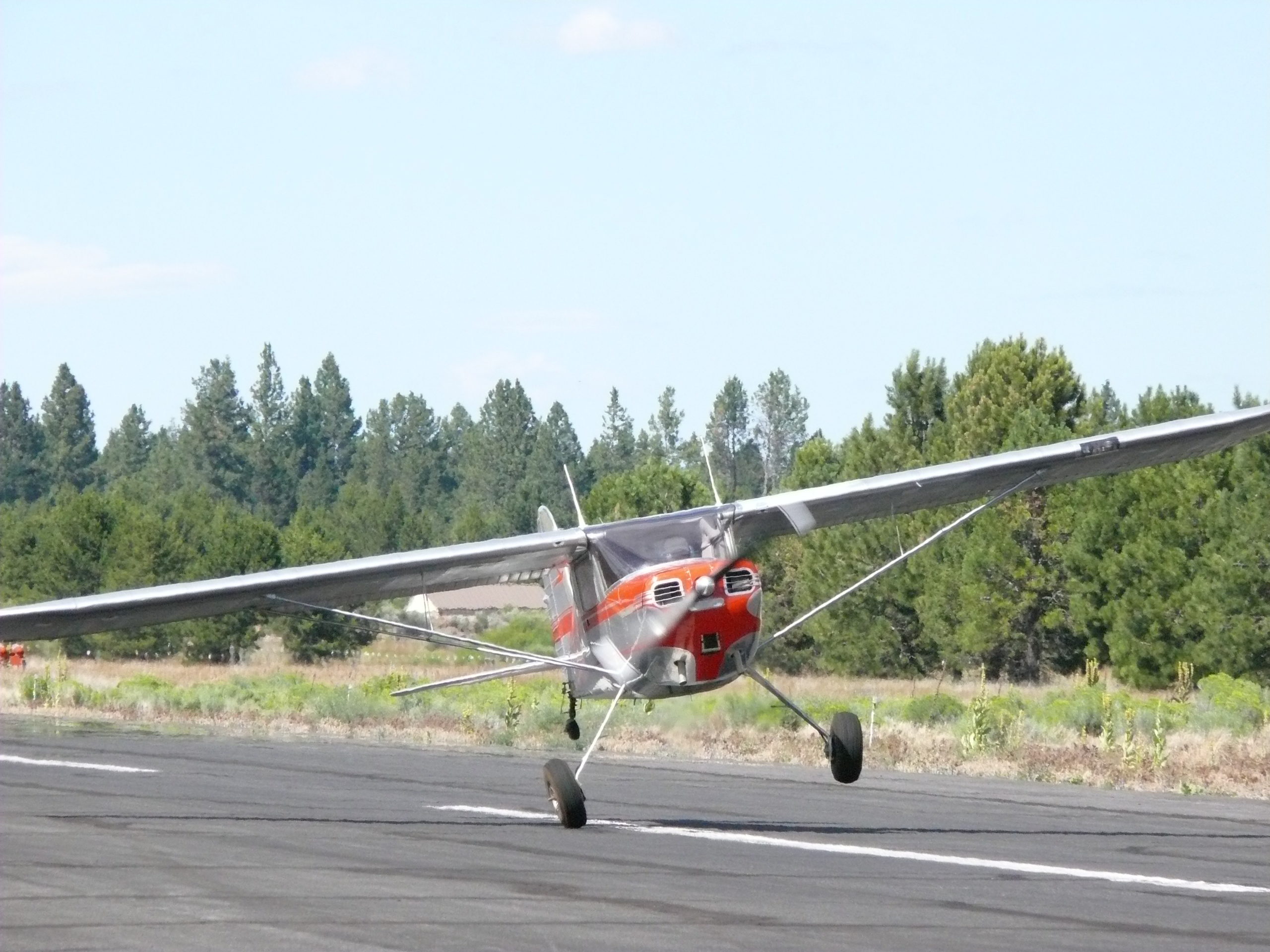 Why do we place so much importance on landings?  I’ve long pondered this question.  It seems that we always end up in the pattern with our primary students and with Tailwheel Endorsements, we seem to feel that all we have to teach (according to those expert arbiters of pilot ability, the Friendly Flying Fuzz) are landings: the three point and the wheelie, as well as the crosswind landing and the landing to the full stop.  The clowns at FAA even threw in go-arounds, something that pilots should have been taught when they were working on their PPSEL certificate! 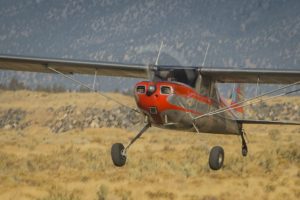 The Tailwheel Town Cessna 140 practicing three-point landings in the dirt at Prineville. (photo by Bert Garrison.)

But I think I may have finally figgered it out.  Remember that I’m not too bright and that other instructors and the heads of multiple flying schools have probably beat me to it.

The reason is that the earth is hard.  If you make a mistake and bust an altitude, you will simply collide with air.  Lots of the mistakes you made at altitude will result in simply colliding with air.  But, as the statisticians will be happy to agree on, it’s landing the airplane when we come in contact with the hard, hurting ground, that we so often come to grief.

So what can we do to avoid that painful occurrence, without landing?  Well, ya can’t!  But you CAN include some really fun details that will result in a lot more than simply landing.  First of all, let’s remember what we’re trying to accomplish.  We’re trying to create competence where a lack of it currently exists.  So, the way I see it, we need to both practice and create maneuvers which will increase that competence.  We also have to admit that cost is a very real limiting factor and we’ve got to do what we can to keep it down.  That’s why I’ve come to be so dependent on a couple of maneuvers. They are Multiples and Slaloms.  As I’ve pointed out in “Brian’s Flying Book”, a flyer is already more efficient by simply using the Tailwheel Town pattern.  It is less than half the size of the pattern which most schools use, so it alone will more than double the frequency of landings.  But if we really want to up the number of landings, let’s do multiples.  Multiples are simply a series of landings and takeoffs during one approach.  By transitioning from landing to takeoff in such a short amount of time, it really builds competence.  On a five-thousand-foot runway, a flier can get in five landings.  By including the advantage of the tiny pattern, the flier is getting nearly ten times the number of landings as the “Acme” flier!

Lately, I’ve changed the way in which we do multiples.  Now, we conduct the first landing as a Wheelie on the left side of the center line.  Then we power up, get back in the air and slide over to the right side with an alternating side slip.  The heading never changes.  Then we conduct a three-point landing on the right side.  The wait for the airplane to stall during the three point, combined with the addition of an alternating side slip to change sides, will usually reduce the number of landings we get, but the loss in number of landings is easily made up for by the increase in competence that results from this very complex maneuver.

The other maneuver which can really increase competence is the Slalom, usually combined with the landing in a turn.  I’m always amazed at the trepidation with which most fliers approach this maneuver.  Perhaps the reason I’m amazed is that these two maneuvers teach competence when the elements put the airplane in an unusual attitude during landing or takeoff.  And you know something?  That’s when most wrecks occur!

The above maneuvers are featured in videos on www.tailwheelersjournal.com.  Take a look at them and see what you think.  The  Slaloms, Multiples and Landing in a Turn can be self-taught by working at them gradually, or you can schedule some time at Tailwheel Town and I’ll introduce you to them myself.

Why landings?  Because that’s how we build competence.  But by choosing to practice Multiples, Slaloms and Landings in a Turn, we REALLY get good.  And that’s what it’s all about….

#80 The Touch and Go Landing (and a few other mutterings)