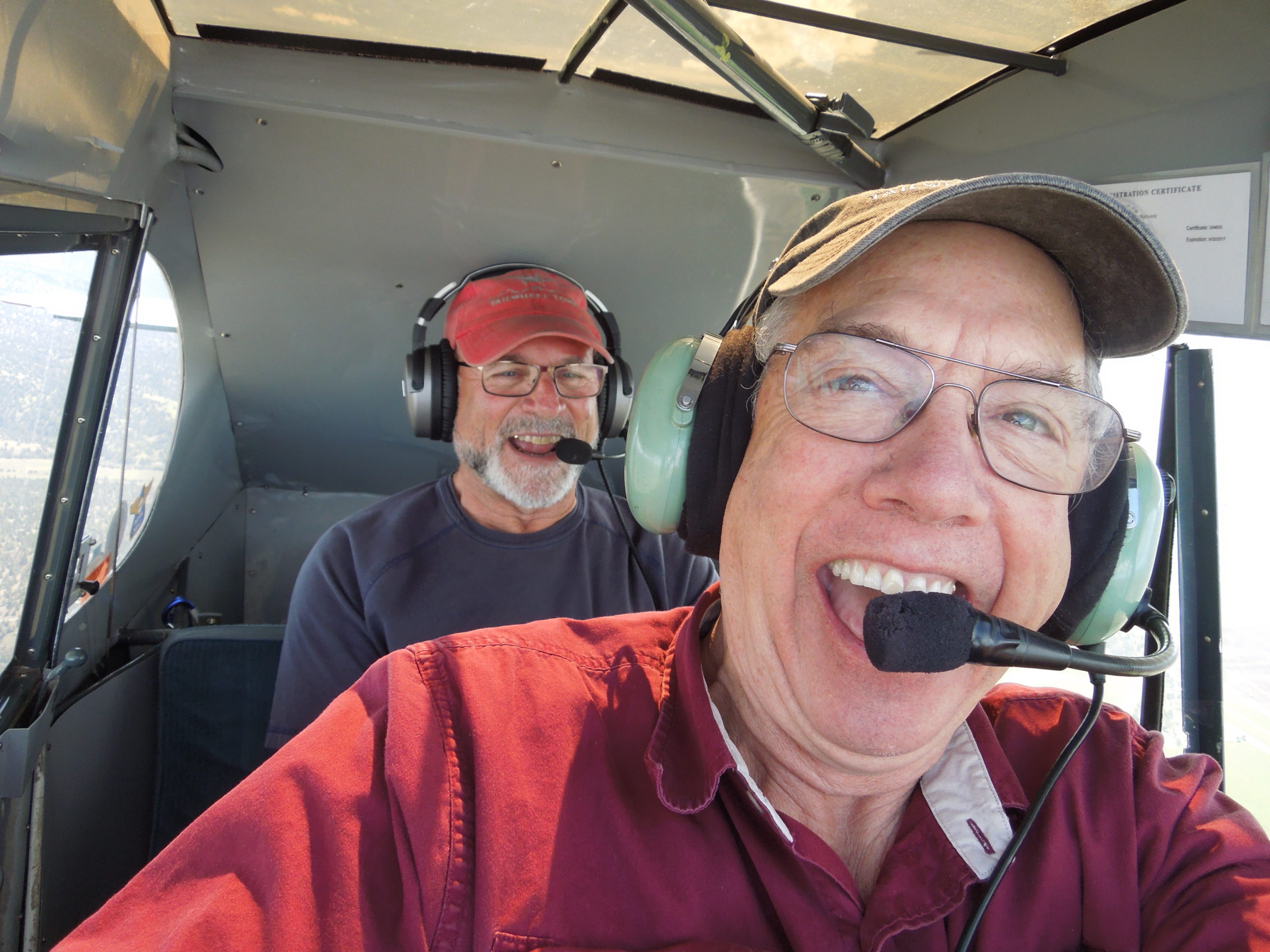 I was heading up to the airport in Madras.  It was a session I’d looked forward to.  I was in the front seat of a PA12 “Super Cruiser” giving dual on back seat flying to the owner, a talented guy who was once a primary student of mine.  The warbirds of the Erickson Aircraft Collection were taxiing out.  Let’s see, there was a P51, a B25, a Douglas SBD and an F4U Corsair as well as some others.  We heard them on the radio as we approached and decided that we’d just hang out on the dead side of the pattern so that they could get out without delay.  After all, they burn a helluvalot more fuel than we do

Approaching the pattern at Madras.

and they also had the added issue of forming up once they’d all taken off. I don’t think that what we were doing was particularly smart or polite… it just made sense.  Maybe that’s why both Jim and I had so much trouble understanding the actions of a 172 which continued to stay in the pattern for the active runway and cause the fuel-guzzling warbirds to wait until he was out of their way… several times.  I think the guy is a relatively low-time pilot, but is that really the issue?  I’m reminded of the time that a warbird pilot once taxied in front of the crowd while I was performing my comedy act several years ago.  His explanation was “I don’t like the duck act”.  So it seemed to him perfectly okay that one guy could ruin an act enjoyed by thousands.  Seems to me that common courtesy would indicate that a pilot in a plane like that 172 at Madras  would simply get the hell out of the way and let those guys go.  But no, he just stayed in the pattern and made each warbird wait while he droned around his pattern.  At one point, Jim said that he could tell the irritation on the part of the warbird pilots.  He heard it in their voices on the radio.  I think I might have heard it too.  But not one of those guys ever said a word.  They never asked for any breaks from the rude one.  They simply waited and put up with his rudeness.

Did you notice the title of this little “rantlett”?  We so often think of situational awareness as the knowledge of our aircraft’s amount of exposure or navigational situation or a myriad of other details.  But don’t you think that perhaps that situational awareness ought to extend to how our actions are affecting someone else?  I sure do.

#39 Ripping off the Students…