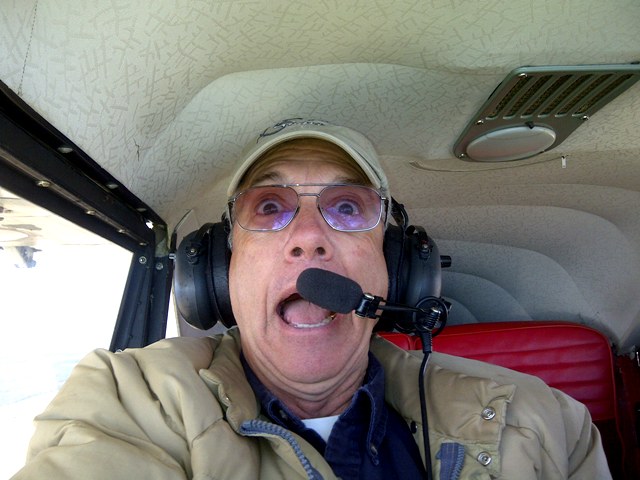 Sometimes I think that there are stories or articles in my little noodle.  They are just fighting to get out and sometimes they have to hit me over the head in over to make their escape to the pages of the Tailwheeler’s Journal.  One of the ways I can recognize these subjects is the fact that they are reflected in the advice I give my students… over and over.

One such subject is that of snatch force and the way it affects acceleration or “G’s.  How many times have I advised, “Don’t snatch”?  Maybe not as many times as I’ve said, “Get the nose down”, but a lot!

Let’s say that you’re in that important turn from base to final.  As sometimes happens, an insufficient application of back pressure has caused the nose to lower.  With everything else that’s going on at this critical stage of flight, maybe the flier didn’t notice that lessening of pitch right away.  But he suddenly realizes it and just as suddenly rectifies it.  And that is the problem.  His sudden snatch back on the stick or control wheel does bring the nose back up.  But do you know what else it does?  Because he SNATCHES it back, he has subjected the wing to more “G” force than if he had kept the nose from falling right from the get-go.  And what does “G” force do to stall speed?  It increases it.  If the angle of attack was already high and if he has also skidded his turn, the added G force will cause the wing to stall and the skid will cause the airplane to spin.  I can always be wrong, but I think that set of circumstances may have caused many such stall/spin accidents.  Most of them have had tragic results.  Think about that:  If the guy hadn’t snatched the elevator back, he might have been able to get away with the skid.  I used to do a skidding turn at airshows with my inside rudder buried.  But I did it intentionally and was always careful not to snatch the elevator.  So, what is the lesson here?  Well, if you don’t see it, perhaps you should quit flying and take up Parcheesi.  The lesson is DON’T SNATCH!

#60 The Roller on the Runway