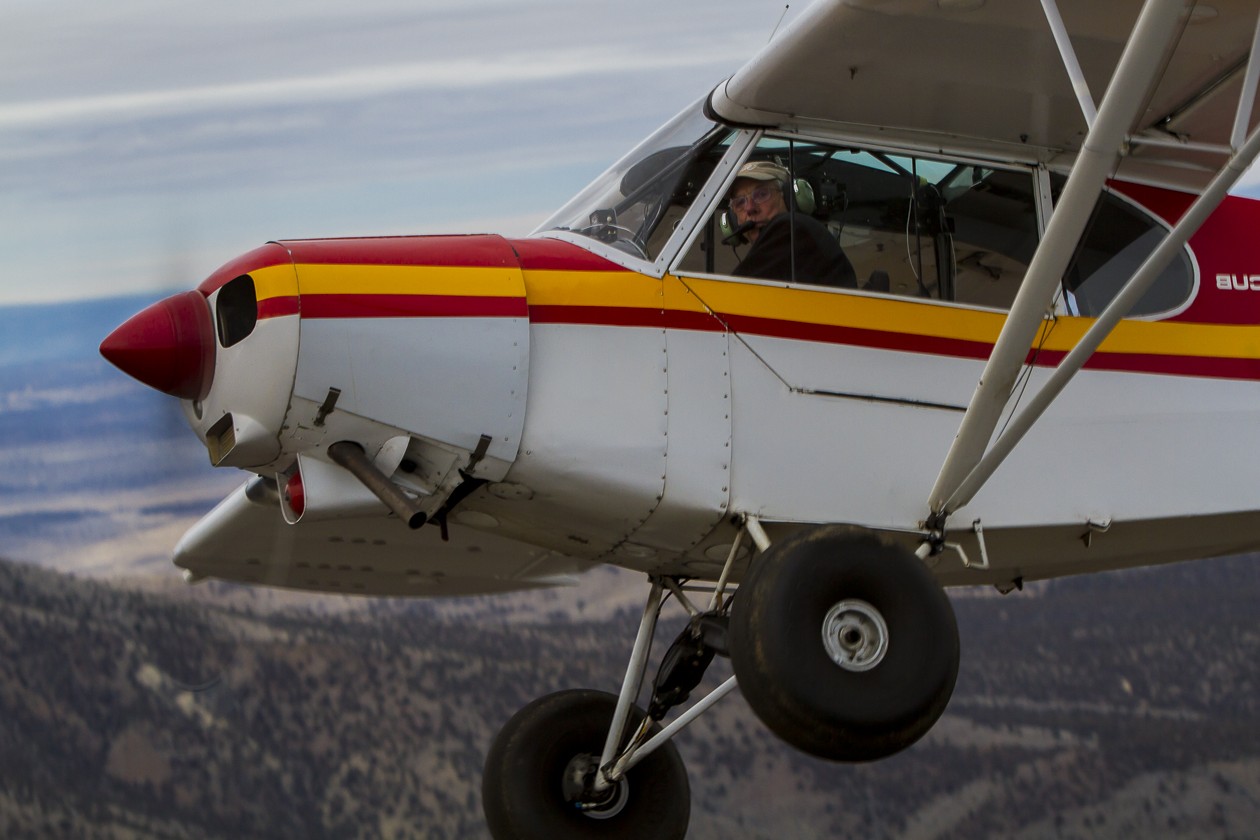 That term normally causes a questioning look from most in aviation.  They want a definition.  I’ll give you one.  When you land an airplane, you are proximity flying.  The point on the runway which the wheel or wheels touch is the target. 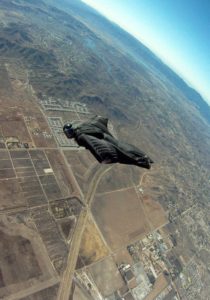 One of my favorite examples of a proximity flyer is Jeb Corliss.  Jeb Corliss is a wingsuiter.  He is somewhat famous for flying through a 100-ft wide archway in Tianmen Mountain in Zhangjiajie, Hunan Province, China.  He was also severely injured while proximity flying off Table Mountain, Cape Town, South Africa.  Because what he does is considered extremely dangerous and because he has suffered some consequences of that danger, lots of Whuffos say he’s “crazy”.  Jeb Corliss is not crazy.  He’s a life-lover, who challenges himself to do things that are incredibly difficult and which have serious consequences.

I personally think that every truly dedicated pilot should put proximity flying in his bag o’ tricks (my mother always referred to our cat’s scrotum as his “bag o’ tricks”.  This is a different bag).  Lately, I’ve realized that my own ability to proximity fly has declined.  I first realized it when Bert Garrison and I were attempting to 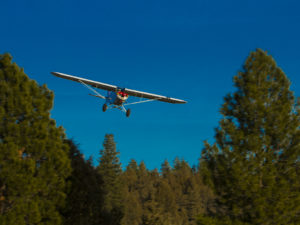 photograph an airplane smacking the top of a pine tree which edged the runway at Sisters.  I think I made a half dozen passes on that tree for one in which I barely touched it.  I’m still practicing.  Years ago I performed a stunt flying routine for a PBS pilot which is now on the Tailwheeler’s Journal (https://tailwheelersjournal.com//2012/flight-part-1/  at 4:25).  Doubling for Dennis Sherwood, who did a masterful job of playing the part of a new ultralight pilot, I bounced off the top of a parked DC8 and smacked the top of a lone tree while flying an ultra light.  The performance of those acts really wasn’t the object.  Well, it might have been the object for that show, but now the practice of proximity flying has a totally different purpose.  Sure, the smacking of a tree-top with one of my wheels may look cool and may be exciting, but the object is to improve and try to perfect the placement of that airplane’s tire exactly where I want it to be.  Like so many things that are worth doing, I will never perfect it.  I’ll improve, but I’ll never be perfect.  That makes it worth doing.  To constantly improve, when perfection is out of reach is a very worthwhile pursuit. 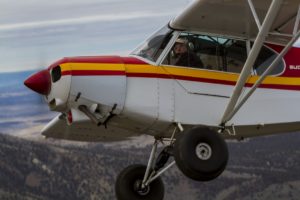 As a teacher of flying, I’m working on, and will eventually figure out a way to teach, proximity flying.  The twin objectives of teaching and protecting will have to be utmost, allowing the student to practice on a tree top while the teacher protects him from too low a hit or any other mistake that can create a hazard.

Since most modern flight instruction and regulation is dedicated to making sure that pilots are only marginally capable, virtually all proximity flying is illegal.  There are FAR’s which specifically prohibit such acts or, at the very least, condemn such flying as “careless and reckless”.  Those who have drunk the Kool-Aid of the government’s need to regulate everything will also condemn those who practice it.  They’ll also condemn wingsuiters, some aerobatic pilots and other stunters as being “crazy”.

When my father was younger, he had a trademark stunt which involved jumping a horse over an old car.  I’ll bet there were a lot of people who, seeing that stunt, remarked that he was “Crazy”.

In fact, any time you hear someone say, “That guy’s crazy”, you may assume that what they are actually saying is “I’m a wuss-puss”.   Those whuffs will place the importance of long life high above the importance of living an exciting and fulfilling life.  That’s interesting, because most of those folks will be forgotten.  They’ll never be quoted.  Jack London will never be forgotten and he’s the guy who is often quoted:

“I would rather be a superb meteor, every atom of me in magnificent glow, than a sleepy and permanent planet.”

“I’d rather sing one wild song and burst my heart with it, than live a thousand years watching my digestion and being afraid of the wet.”

There is no way in hell I could say it better.