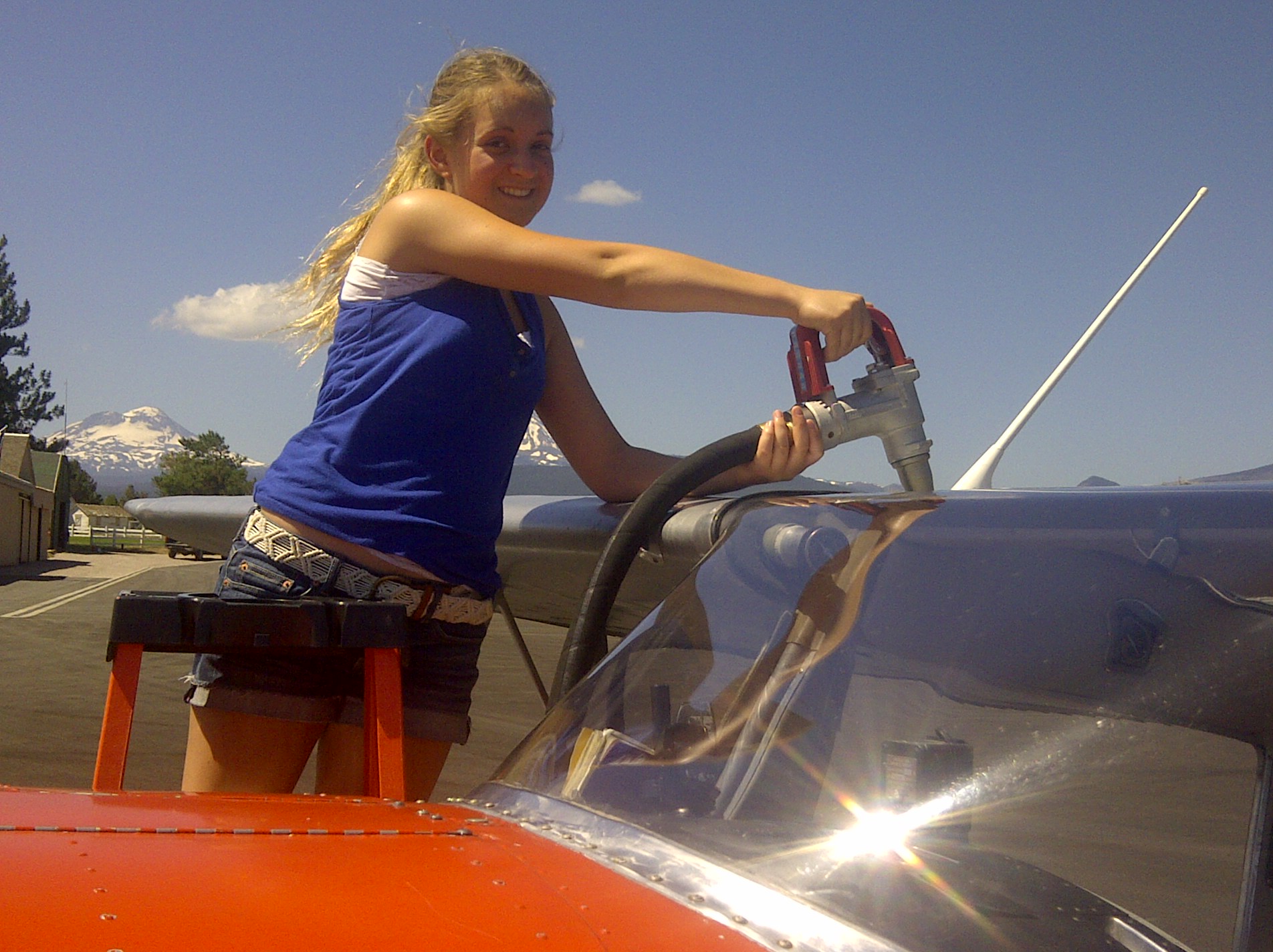 (I wrote this article a while back but never posted it.  But last week Cammi soloed.  I thought it was appropriate to post this little article now.  You can read about Cammi’s solo in the Sisters paper:

At fifteen, she’s one of the youngest students I’ve taught.  Predictably, she learns fast.  Couple that with a lot of natural ability and interest and you’ve got a student who is great fun for a teacher.

Her father flies and uses his Bonanza for business.  Her mother is taking instruction as well.  Aviation has served as a major influence, binding this already close family with its all-encompassing nature.

I give her a hard time about the radio.  Perhaps it’s because she’s so naturally adept.  It has surprised me how quickly that small thumb presses the transmit switch and her transmissions efficiently communicate her intentions to traffic or ATC.  After dealing with so many students who were terrified of that little red button, it’s rather refreshing to see this relatively small part of learning to fly put in its rightful place.  I still give her a hard time because she sounds like she’s twelve years old… I always wonder if others, hearing her squeeky little voice, wonder just who that is in that little Cessna 140.

We had just finished a mini cross country to help get her out of familiar patterns for a while as well as to familiarize her with all the local airports.  As we neared our home airport, we heard another aircraft approaching.  Its pilot announced that he was a Beechcraft Bonanza and was five out, inbound.  It was her father.  I nodded at her and she made her inbound call after chirping, “Hi, Dad”.

I’d told her mom that I’d text her when we were inbound so she could drive over and pick her up.  I texted, “Both husband and daughter are inbound”.

The two were delighted to be in the pattern at the same time.  I was, too.  They discussed who would land first.  When her dad asked what her instructor wanted to do, I wouldn’t answer.  In my opinion, the process of learning to fly is simply the gradual transfer of responsibility from the flight instructor to the student.  This was a perfect opportunity to demonstrate just how much responsibility had actually been transferred.  I would make no transmissions, just a little coaching on the intercom.

We were closer and we fly a tight pattern, so it was decided that we’d land first.  Her father’s delight at that decision was evident to me.  It would give him the chance to observe her approach and landing from a great seat in the balcony.

She swooped in with a very accurate power-off approach followed by a good flair into a classic three-point landing.  I advised her to expedite her roll out because there was a Bonanza behind her.  We taxied off the runway but before we headed through the woods to the hangar she made the clearing call.  I normally eschew that call because, as I tell all my students, “Ray Charles could see that you’re no longer on the runway.”  But this was different.  This wasn’t so much “clear of the active” as it was, “ok, Dad, it’s your turn”.  Her Dad replied, “Nicely done”.